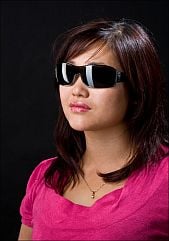 Nick Wheeler is becoming a dangerous guy to leave your boxes by. It looks like whenever a box is around, nick DIYs it into a lighting modifier. This is what I like about Nick, he is never afraid to experiment, be it a mission impossible image or a floor lit lighting setup, Nicks investments in setups pays up big time. I heartedly recommend to check Nick’s flickr stream for more inspiration.

This is also my message to you. Go out and try something new. I bet that four times out of five you, like me, will end up with just another glued box. But the fifth time is the one that makes all the difference. This is the time where you put what you have learned by ruining the other four boxes into use and build a really nice piece of studio equipment and saving money for more lenses.

To build the light strip softbox, I used a long thin cardboard box that originally contained a cloths rack from Ikea. I have two of these and intend to make a second light strip when I have another hour or so spare. 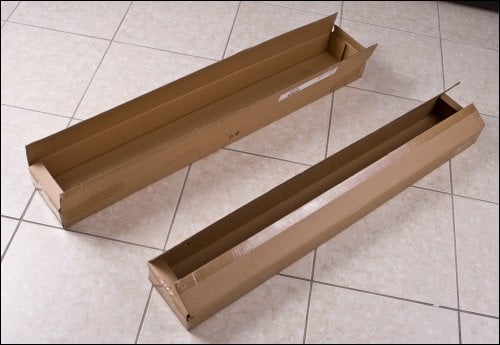 For the lining of the box I used a combination of aluminum foil and aluminum tape. I also used some spray glue to fasten the foil and duct tape to join everything together. 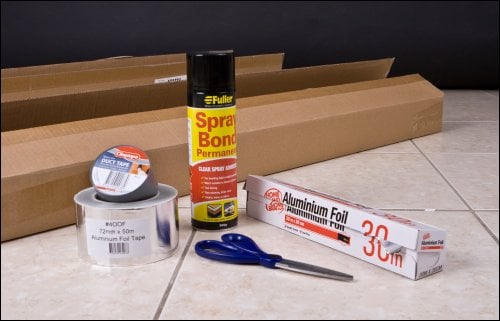 The first step was to strengthen the joins of the box with duct tape. The box was originally held together with thin plastic tape and was a bit flimsy. 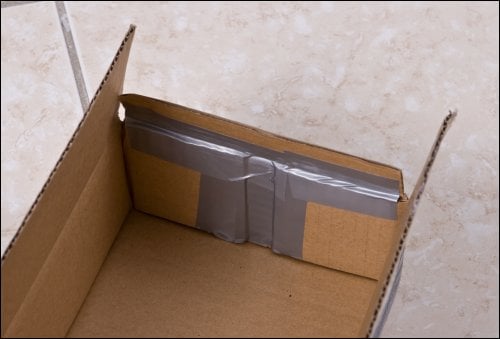 Once the box was prepared, I rolled out the aluminum foil shiny side down and traced out the shape of the bottom of the box using a magic marker.

I then cut the bottom lining out using a pair of scissors. At this point, I wished I had splashed out a couple of extra dollars and got the heavy duty foil as the cheap stuff is very flimsy and tears at the first hint of the scissors. 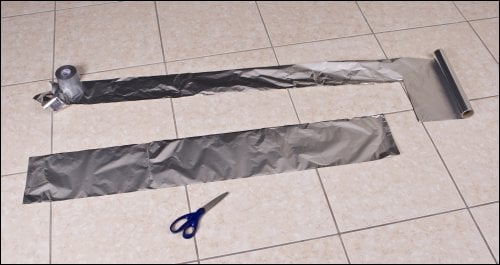 The next step was to spray the glue over the bottom of the box and carefully place the foil inside. Once in place, I smoothed it down using a cloth. 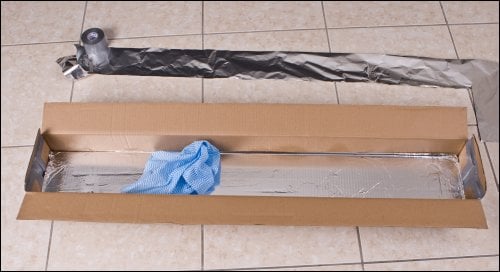 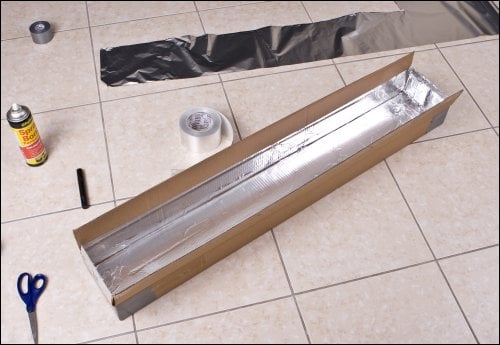 With the box fully lined, I stood it on its end and traced out the outline of my small strobe with a magic marker. 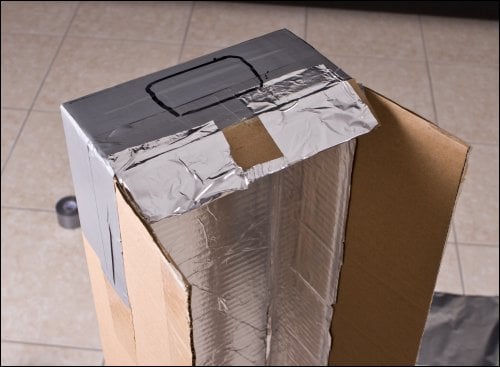 Using a craft knife I cut just inside the outline of the flash head. It is important that you don’t make the hole too big as you want a nice snug fit. This way, friction alone will hold the flash head in place. 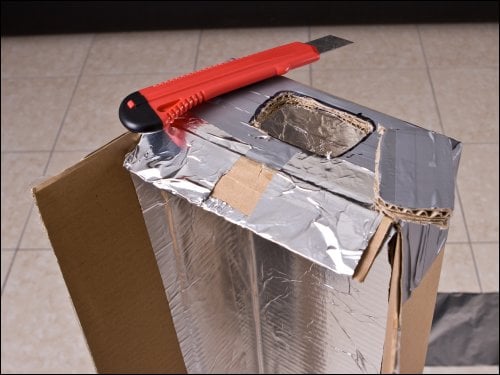 Here you can see the flash pushed into the hole. 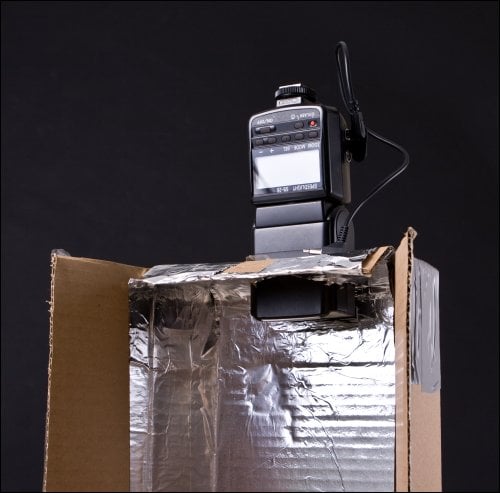 I did a test fire of the flash to check everything out so far. 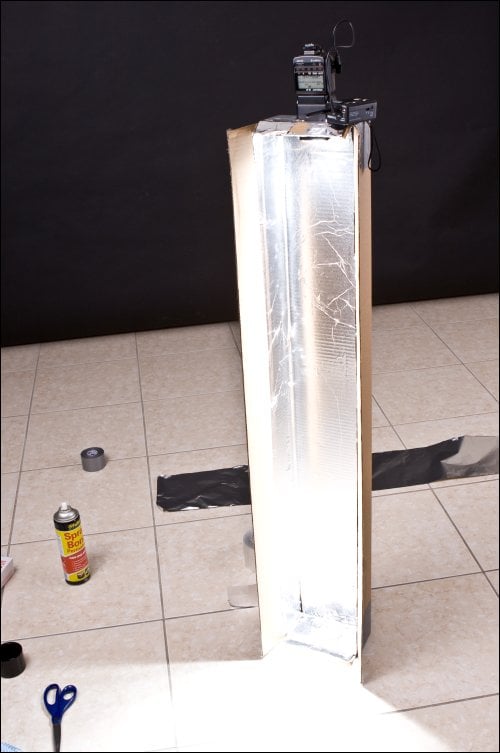 The next step is to add a diffuser to the front of the box. For this I used some cheap thin white cotton fabric. I placed the box face down with the front flaps open on the cotton and traced the outline plus an inch (2cms) with a pencil. 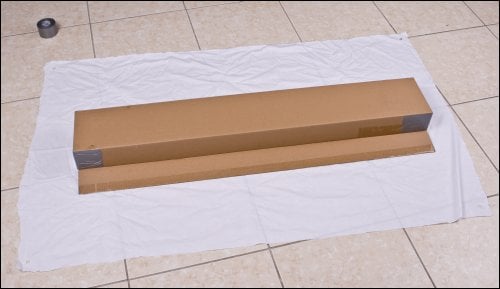 Next I cut out front diffuser.

Pressing down on the top of the box, I folded the excess fabric along the length of one flap back and taped it down with duct tape. 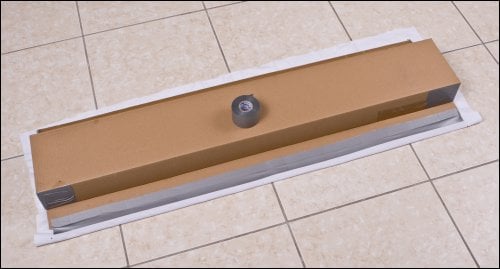 With the box flipped over, I sprayed glue on the flap I had just tapped and pulled the fabric tight over it. I smoothed it down with a cloth. Be careful at this point not to apply too much glue or it will soak into the cotton (as you can see here). 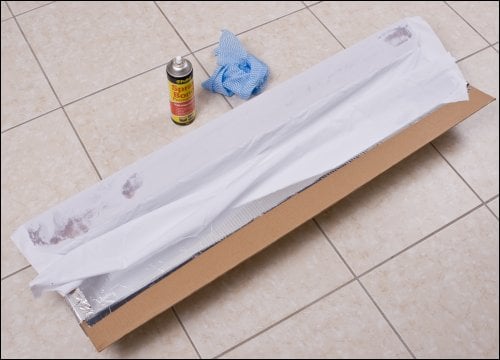 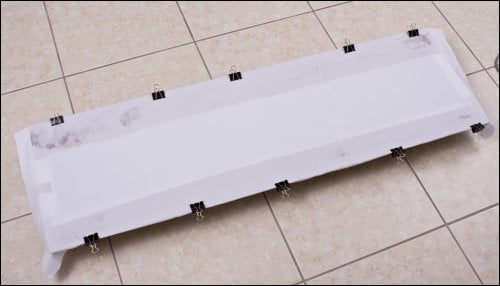 The last step was to tape the fabric to the underside of the flap and to tape back the two short ends. 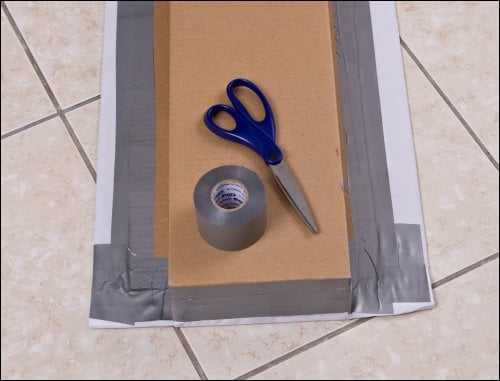 That’s it, one light strip softbox. I did find that it didn’t balance very well with the weight of the flash making it top heavy. I overcame this problem by putting two large fold back clips on the bottom of the front flaps. I could adjust these to create little feet that made the whole thing much more stable.

I did a couple of test fires to try it out. Here is the box with the front flaps wide open. 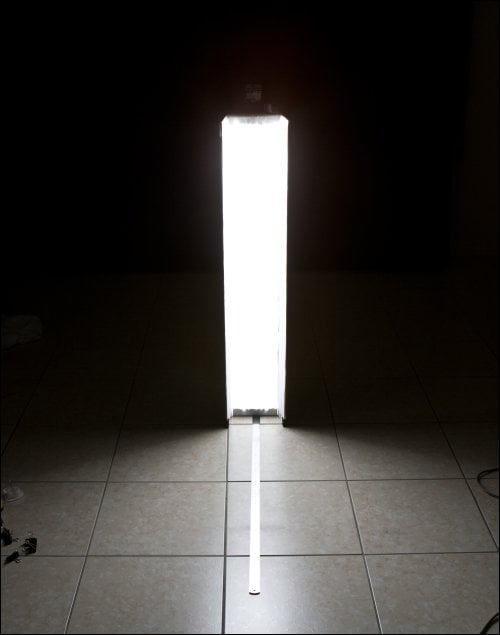 Here is the flash fired on the same power but with the flaps closed down. 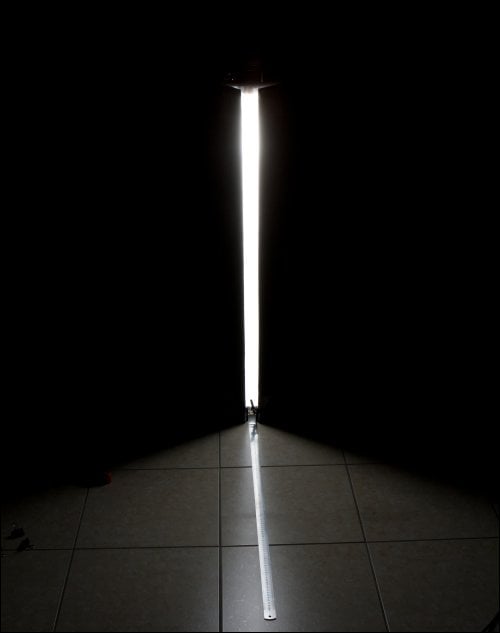 I made one final modification to the design and added a pair of black socks to the front flaps. These help control light spill when the box is used with the flaps closed down. To make them I just took a length of black fabric twice as wide as the flaps and just slightly longer. I folder it in half length ways and taped the ends over with duct tape. I then just slid it over the flaps. 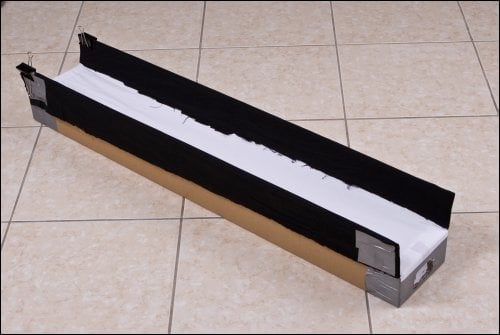 Here are a few sample of the box in use, first a portrait of Karli using the strip light vertically: 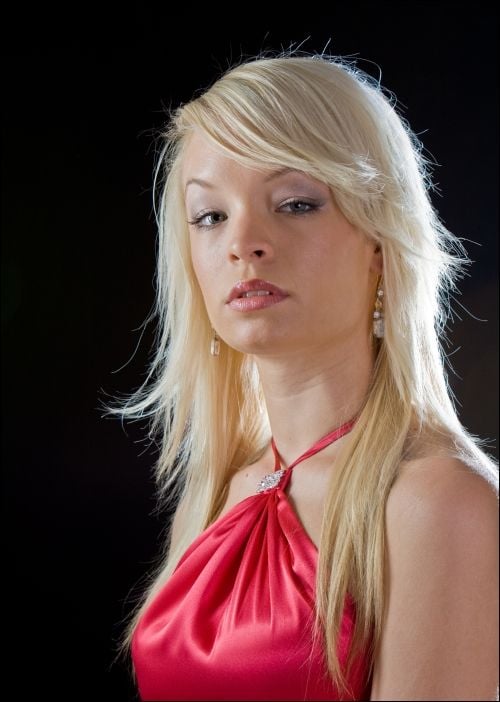 This is the setup shot for the Karli portrait picture: 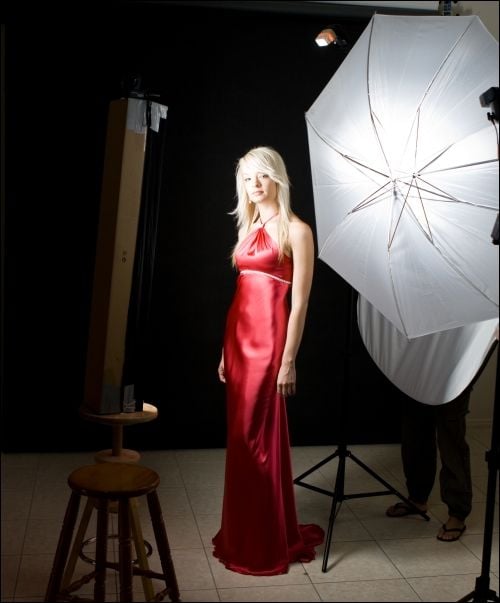 Here is the strip light used horizontally with a picture of Kim and Tina:

This is the setup shot for the Kim and Tina shot: 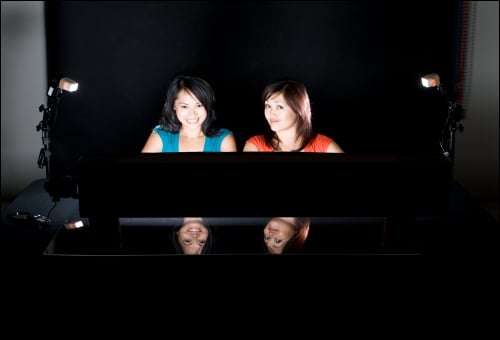 On the top you can see a portrait of Tina in sunglasses and gives you a good idea of the catch lights created by the strip light softbox.

Other Light Modifiers:
– What Can You do With Six Speedlights and a Coffee Can
– Just Fab’s Turkey Pan Beauty Dish
– The Strip Light That Won’t Strip You
– Shooting Heavy Bikes with a DIY Strip Light