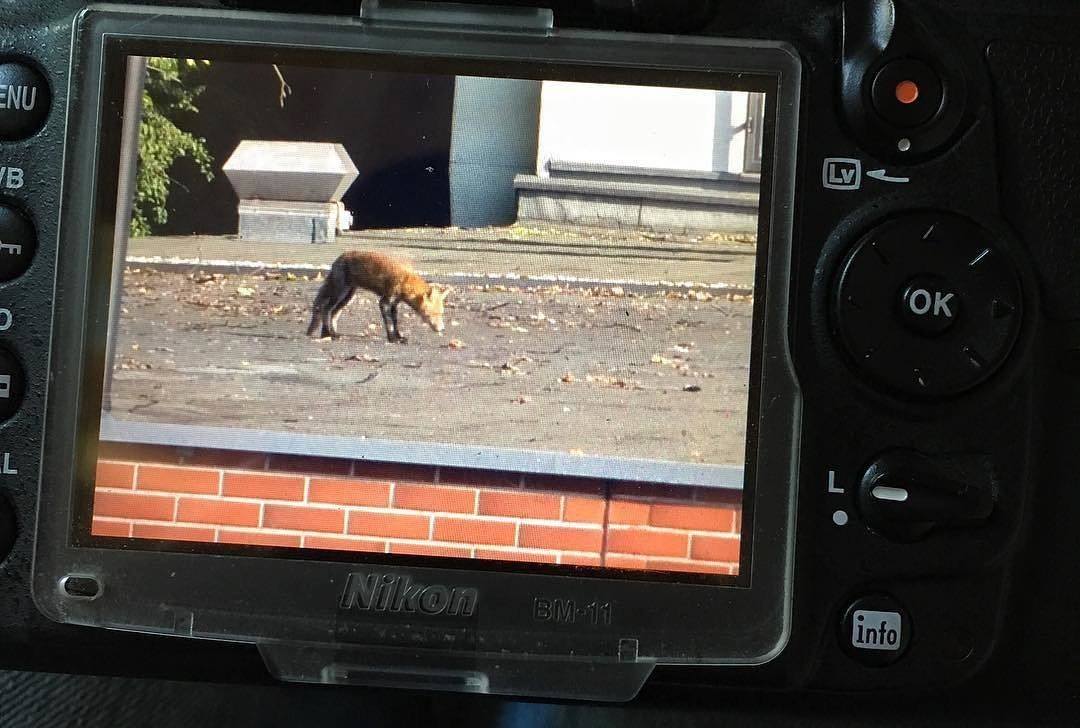 In this photokina we’ve seen most camera makers making it bigger and better. But not necessarily faster. The new Fuji GFX medium format may be the prime example of that. Both camera makers and lens makers are putting full focus on developing features that relate to photos hard qualities: dynamic range, more megapixels, low light performance. But is this what their customers want?

Haje Jan Kamps over at Techcrunch suggests that workflow speed may be more important to photography consumers than almost anything else. As an example he shows the image above taken by our own John Aldred. Rather than downloading the photo from the card, processing it and uploading, John just snapped an image of the LCD so he can get it out there fast enough.

Cameras are getting measurably better all the time, but better image quality is only half the battle. Arguably, cameras are ‘good enough’ now — that would explain why SLR owners are replacing their cameras with greater intervals than they used to at the dawn of digital SLR technology — but the rest of the taking photos and sharing experience is stuck in a bygone era.

More crucially, perhaps, is that the population using dedicated cameras are changing faster than the camera manufacturers are adopting to the change…

… Apple even gave one of the iPhone 7 Plus phones to a NFL photographer ahead of launch to show what it can do. Why? It isn’t down to the image quality, I’ll tell you that much – an iPhone is no match for a full-frame SLR with a 600mm lens on a football field. But it has other advantages. Being able to tweet out a play seconds after it happened is, in some circles, more important than the artistic love that goes into crafting an amazing sports photo.

The bigger picture here is the shift that has been happening in photography over the past decade. People aren’t opposed to high-quality photography, but if you look at how most people create and consume photographic content, there’s a huge change…

…On holiday, people are more likely to bring an SLR or advanced compact camera, but those photos typically get downloaded, edited, and shared after you get home. Or, more realistically, the photos are taken, copied onto a hard disk and then never looked at again. As more and more of us are living our lives on the pulse of what’s happening in the lives of others, even a few weeks of delay is too much: “Hey, I thought Eddie was in France last month, why is he posting pictures now?”

I think Haje presents a valid point. Look at the amount of photos you have taken over the last several months. How many of those were taken via a smart device and immediately shared?

Of course, this does not apply to everyone, and Haje points out the exception. Photographers who are shooting art or dedicated imagery that should stand the test of time, or be used is some commercial ways. Those, of course, have no sense of urgency, but do these photographers need better cameras? I am not sure. Their cameras may already have all the megapixels and dynamic range they need. Now it’s just a matter of making cameras faster for the rest of us.

For the full argument, head over to Haje’s post on techcrunch.

Is the sensor or the lens to blame for poor image quality?