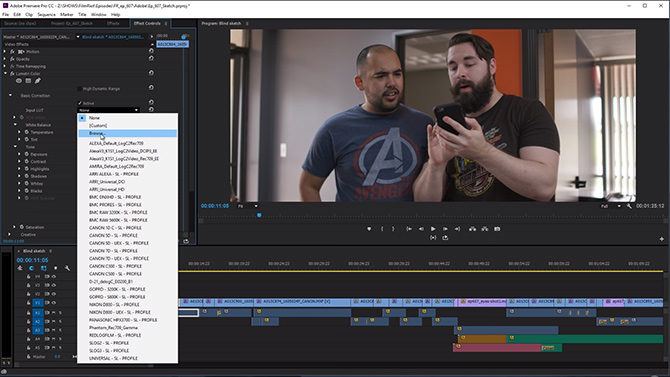 3D LUTs, or Look-up Tables, are nothing new.  They’ve been common in the digital film industry for a good while, but it seems only recently that they’re starting to be embraced by individual filmmakers and photographers.

But what are 3D Luts?  Put simply, they’re a tonemap.  They take the hue, saturation and brightness (hence “3D”) values of each pixel in your image, and change those values into to something else. 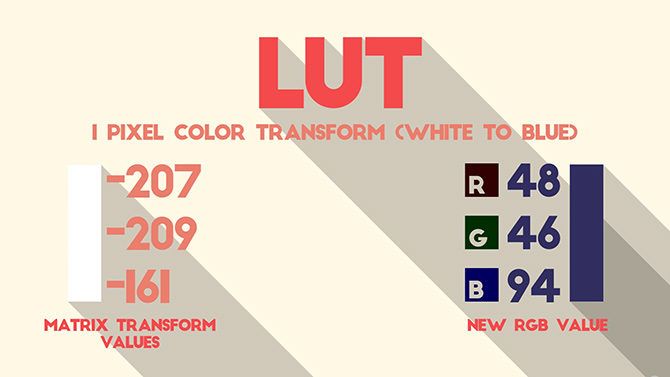 Rhyming with… well, you’ll find out when you watch this first video from Ryan Connolly over at Film Riot, LUTs are a fantastic way to maintain consistency throughout clips used in a video sequence, or across multiple stills form a single photography session.

Developed for video due to the minimal overhead that straight tonemapping requires, they allow realtime playback on video hardware at framerates which can hit or exceed 60fps (which lets you record flat or log, but still see something close to the final result in an external monitor).

So whether you’re simply correcting contrast of flat footage, fixing your camera’s inability to see a particular shade of green, or you’re giving a final finished look to your shorts, LUTs can take care of most of this for you, but you still need to create them in the first place.

This video from Sebastian Bleak shows us how we can create and apply LUT files from within Photoshop CC, as well as some caveats and pitfalls to avoid when creating LUTs in Photoshop.

LUTs are natively supported by pretty much every major video editing application out there, like Adobe Premiere Pro and DaVinci Resolve, as well as motion graphics and visual effects software such as Adobe After Effects.

For those still using CS6, you may need a little extra help, in the form of Red Giant’s free LUT Buddy plugin if you want to use LUTs in Premiere or After Affects. While Photoshop CS6 does natively allow you to import LUTs natively, there seems to be no way, even through 3rd party plugins, of exporting LUTs out of Photoshop CS6.

Being able to send LUTs back and forth between Photoshop CC and video editing applications certainly makes life a lot easier for photographers making the transition to video while being more familiar with Photoshop’s adjustment layers than with the colour correction tools available in Premiere or Resolve.

Are 3D LUTs in your stills or video workflow?  What applications do you use?  Do you make your own LUTs or do you have a favourite LUT pack you’ve purchased or downloaded?  Let us know in the comments.