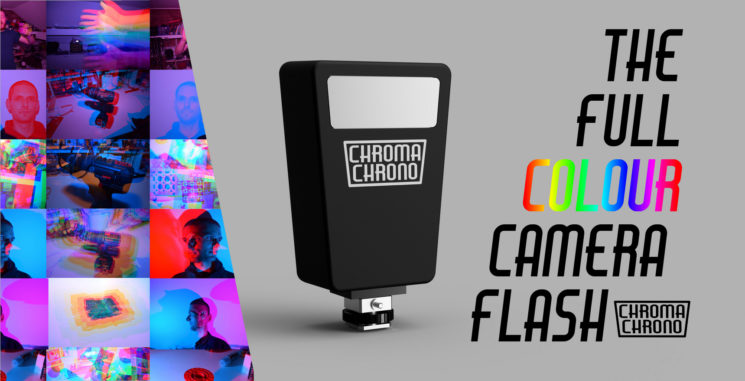 I’ve not quite decided yet whether the Chroma Chrono is genius or a gimmick. It’s an interesting idea, a programmable RGB camera flash capable of putting out, apparently, 16 million colours. But is it really all that useful or practical?

Possibly not surprisingly, the Chroma Chrono is currently being funded through Kickstarter. I can see it either becoming wildly successful, or it’ll be another one of those items you buy, use once, and then forget about in a drawer. 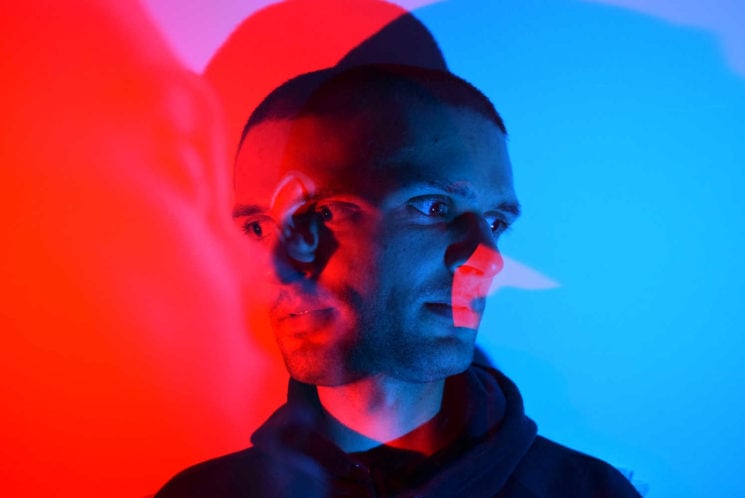 That’s not to say that the Chroma Chrono is a bad idea. There are potentially some pretty interesting uses for such a flash. I mean, we use gels with speedlights all the time. So, why not, right? Colour’s colour. But usually, we don’t need the kind of variety in our gels that the 8Bit colour spectrum offers. Unless we’re going for effects, it’s typically a CTO or a CTB, and taping one of those over a flash head isn’t a big deal.

For effects, it’s a different matter entirely. With effects gels, we see all kinds of crazy colours being used by photographers, and this is where the Chroma Chrono looks like it may fit. Especially when you consider this has a huge advantage over a gelled speedlight. Well, aside from not having to carry a stack of gels around with you. 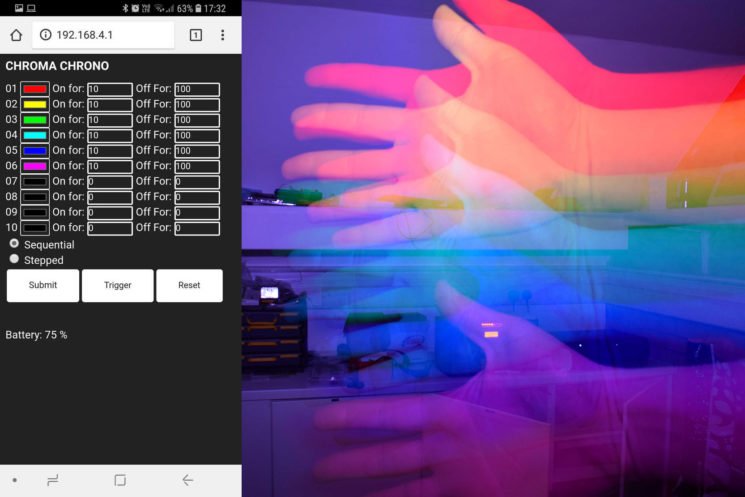 Using a mobile app, you can key in specific colours, define the duration for which they’re on, and then set an interval for how long they’re off. This way, you can programme a sequence of colours, timed to perfection. Great for long exposure experiments. You’re not going to be able to swap out gels on a speedlight quite as efficiently.

The Chroma Chrono uses an LED as its light source. Like most recent LED flashes, it works on the principle of essentially overcharging the LED. Sending more current through it than it can normally accept. It can get away with this because it’s doing it for such a short amount of time. The components, in theory, are never on for long enough to do any real permanent damage.

But, just in case you do kill it, spare LEDs are available, and they’re user replaceable. As you can see in this prototype unit, the design is pretty simple. Batteries and LED are both easily replaceable when needed. 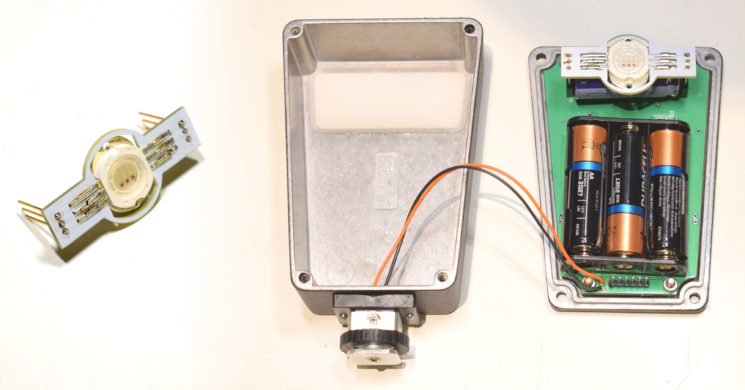 It is a very specific niche product, I think. I can’t see it being widely adopted, but that does not mean to say that this isn’t the way speedlight flash technology may go in the future. LEDs are getting more advanced on a daily basis. Their colour’s getting better, they’re more efficient, they can handle more power input and light output. So, one day, all speedlights might become super-efficient LEDs. 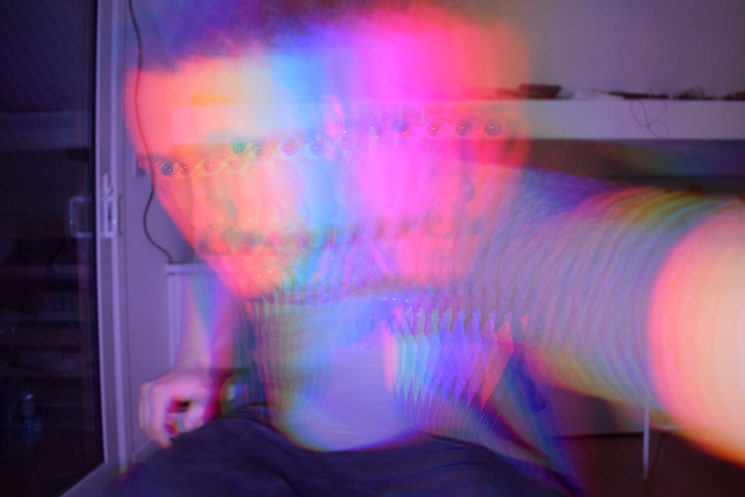 For now, though, they’re in their infancy. They have limited power and uses. But even if LEDs aren’t the future of flash, the idea of the Chroma Chrono is rather cool. I couldn’t see myself fitting it into my regular shoot workflow, but I can see it having very specific use cases that no other device can solve – unless you try to build your own from scratch. 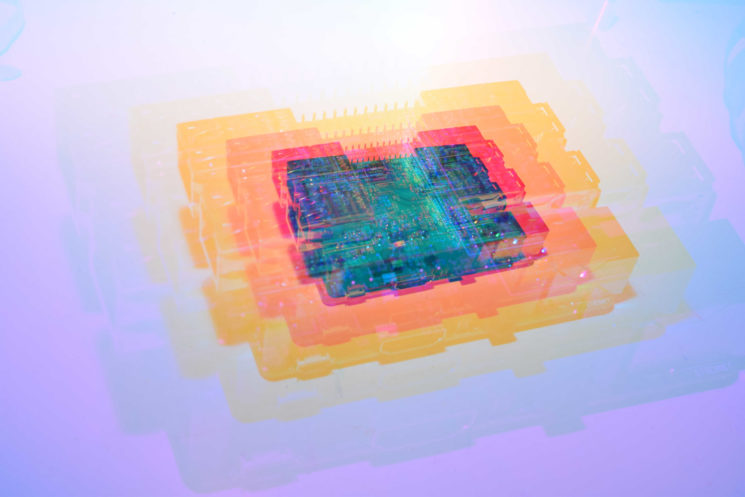 It’s a bit like the MIOPS Splash, in that respect. It serves a function, and seemingly does it rather well. But it’s not something that most photographers are going to use regularly. It’ll go in a drawer and come out occasionally when you fancy having a play with it or a genuine need occurs. And you get the control and consistency that a microprocessor and a mobile app offer.

If you want to get a Chrono Chroma of your own, they’re currently available through Kickstarter for £120. There’s 5 left at that price, after which they’ll go up to £140. Shipping is expected in February 2019.