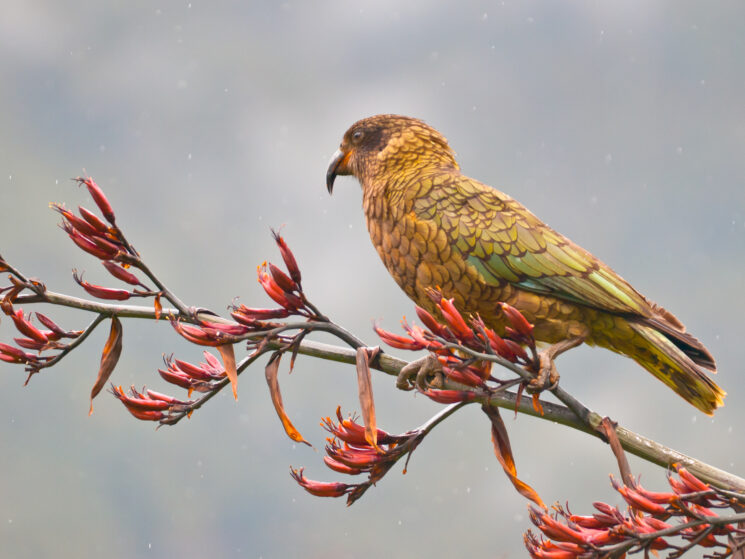 Anyone who has visited New Zealand’s Fiordlands will be familiar with the native parrot the Kea. It’s known for its intelligence and curiosity, and can now also add ‘avid drone pilot’ to its list of skills when it flew off with a GoPro.

The Verhuel family had just taken a break from a long hiking trip along the Keplar Track in New Zealand’s South Island when they were joined at the hut by a group of cheeky birds.

The family placed their GoPro on the fence in order to capture some footage of the parrots. All was going well until one particularly bold bird decided it wanted to try out its filming skills. As quick as a flash, the kea ran down the ledge, snatched up the camera and flew off before anyone could react.

You can see from the video that the kea then flew off down a forested slope before it landed on a rocky outcrop to inspect the camera, pulling chunks of the plastic off with its beak.

Fortunately, the family was able to locate the camera again by following the calls of the birds and were able then to recover the avian footage. “We just followed the sound down there, we could see them hanging out in a tree – they’d obviously heard us coming and abandoned the GoPro,” Alex Verheul told Seven Sharp. He continued, “my son decided to go check the rocks where it looked like a good place for a bird to land, and there it was still sitting there, still filming.”

Indeed, the keas are renowned for their mischievous behaviour. It’s common for tourists to have wallets, packed lunches and even windscreen wipers stolen by the parrots. It’s not the first time an animal has gone Steven Spielberg and made their own short film, but this might be a first for a live animal drone. The French brand Parrot that makes drones should perhaps take note!