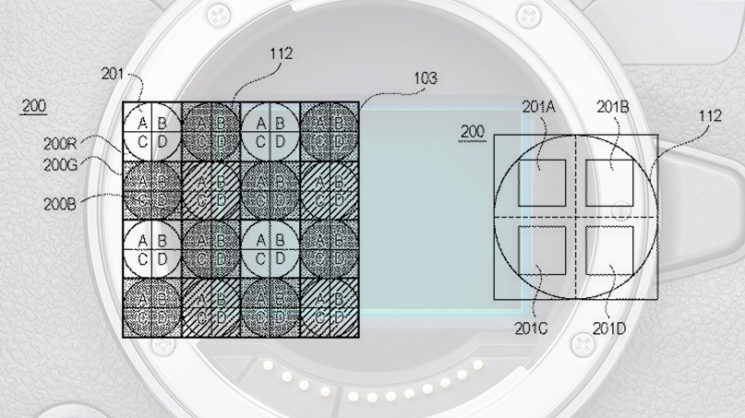 Canon’s Dual Pixel Autofocus (DPAF) has been one of Canon’s biggest selling points ever since they first introduced the technology in 2013 with the EOS 70D DSLR. The technology has developed ever since, with the EOS R5 and EOS R6 cameras having some of the best AF performance available in mirrorless cameras today.

The patent was spotted by Canon News, and it details a Quad Pixel AF sensor that overcomes the issues of focus subjects aligned parallel to the sensor orientation. Having four sub-pixels, above, below, left and right of each other – rather than just the side-by-side pixels of DPAF – means that it will be able to identify and lock on to high contrast areas both horizontally and vertically, no matter the camera orientation.

This isn’t the first time the Quad Pixel AF sensor idea has been floating around. Canon News posted about a different Canon patent in March of last year detailing a Quad Pixel AF sensor. That one obviously hasn’t come to fruition yet, but it looks like Canon is actively working on the issue.

There have been whispers of an upcoming EOS R1 – a true 1DX line mirrorless replacement – and QPAF certainly would be of major benefit to sports and wildlife shooters. Canon would certainly need to produce something truly spectacular to win over 1DX Mark III owners, so perhaps we may see QPAF in cameras relatively soon!

Check out the complete patent here.

« This photo book shows male couples between 1850s and 1950s, when it was illegal
Winning photo of 2020 Nikon Small World gives you a stunning close-up view of the zebrafish’s skeleton »