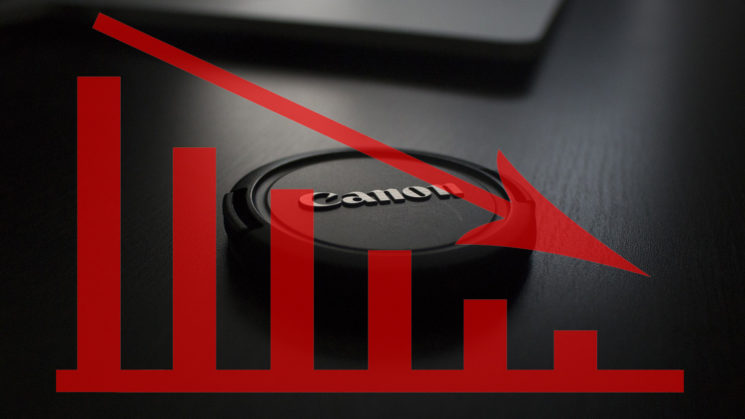 Canon has published the financial results of the first quarter of 2020, and as it was probably expected – they’re not good. The results show that the sales have dropped by 25% in the Q1 of 2020. Of course, there’s an obvious cause of such poor results: the coronavirus.

In the quarterly report, Canon writes that the coronavirus pandemic has caused the global economy to decline. “The U.S. economy remained on a path of modest growth until February, thanks to the strong employment situation,” Canon writes. “It rapidly declined, however, from the beginning of March due to a drop in consumption caused by restrictions on people’s movement.” A similar fate happened to European, Chinese, and Japanese economies. And all of these are the markets where Canon mainly runs its operations.

According to Canon, demand for most of their products dropped due to canceled events and limited mobility. “The camera market declined at an accelerated rate, reflecting the market’s ongoing contraction so far and the impact of COVID-19,” Canon explains.

“Although top share of the interchangeable-lens digital camera market was maintained, unit sales were below those of last year in the same period, due to market contraction and the impact that COVID-19 had on production.”

The current situation caused the Canon’s first-quarter income (deductions) to decrease by ¥4.1 billion compared with the previous year, “mainly due to valuation losses on securities.” The overall income before income taxes decreased by 25.2% year-on-year and net income attributable to Canon Inc. decreased by 30%.

It’s no surprise that Canon is struggling right now. All companies are. For instance, according to a recent report, the mirrorless sales in Japan have dropped by approximately 50%. Canon has been experiencing difficulties ever since the pandemic has starter: they had to suspend some factories, the Japan HQ and offices, as well as some U.S. repair centers. The impact of the pandemic has caused severe production delays for most companies, and Canon wasn’t spared either: the launch of their long-awaited EOS R5 has been postponed.

If you’d like to go into more detail, you can see full Canon’s financial results for Q1 here.

« Pro automotive photographer switches to a treadmill and toy cars for these epic photos
Canon launches Canon Connected, a series of free videos to make your isolation days more bearable »