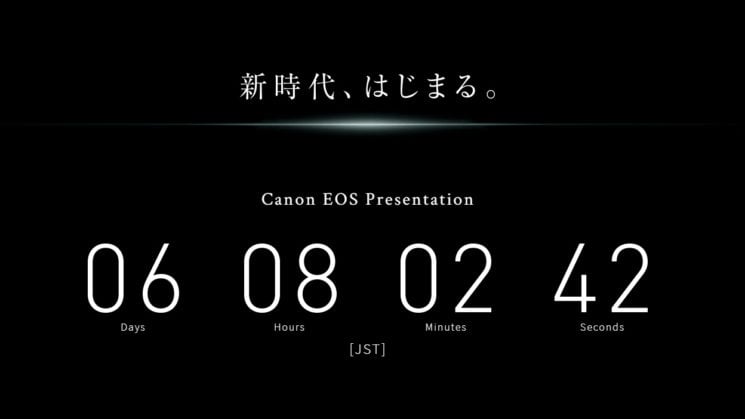 Well, a July 9th announcement for the Canon EOS R5 and EOS R6 mirrorless bodies looks to be pretty much confirmed now as Canon websites across the world are putting up pages teasing the event, with Canon Japan even including a countdown timer.

The date had previously been rumoured, but nothing was official, until now. Obviously Canon hasn’t come right and said that this is for the EOS R5 and EOS R6, but given that they’re billing it as “our largest product launch to date”, it probably is – especially given the list of speakers.

Canon Germany has a dedicated REIMAGINE page, where you can register for the upcoming announcement event, as does Canon UK. There’s also a page on the Canon USA website, which goes into a little more detail about the event and exactly who will be speaking, including Peter McKinnon, Lindsay Adler, Vanessa Joy, Joel Grimes and more.

As well as the cameras, though, a number of new lenses are also expected to be announced during the July 9th event. If true, then it would definitely explain why they have such a wide range of speakers coming in.

So, July 9th it is. It looks like it’s going to be an exciting day for some people.

Canon to announce the EOS R5, R6 and a bunch of new RF lenses on July 9th

Canon EOS R6 announcement to be delayed until July 2020