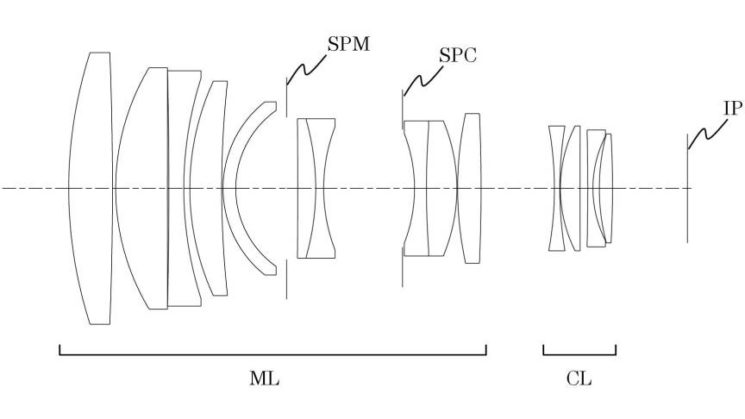 Lens adapters to put Canon EF mount lenses onto M mount bodies are nothing new. Canon’s had one for a while now. But when it comes to speedbooster style adapters, one company’s pretty much had the market sewn up, and that’s Metabones. But Metabones only produces such adapters for Sony, Micro Four Thirds and Fuji crop cameras. At least for now.

A new Japanese patent (2018185393) suggests that Canon will be working on their own, now, though, breathing some new life to their EOS M mount line of cameras – as well as their EF mount lenses as they make the push towards full frame mirrorless.

Speedbooster lens adapters work in a slightly different way to regular lens adapters. They still allow you to mount one type of lens onto a different type of camera, but they also contain optics which effectively shrink the size of a lens’s projection circle. This shrinking of the projection increases the field of view that the sensor sees, and it intensifies the lens’s light output – in a similar way that moving a projector closer to a wall reduces its projection size and increases brightness.

For all intents and purposes, speedboosters reverse the crop factor of a smaller sensor. Not all speedboosters are created equally, however. Some offer wide 0.58x magnification, while others only offer a reduction of 0.71x. So, your field of view will be different depending on the adapter you use.

The Canon patent shows a 0.8x reduction, which brings that 1.6x APS-C crop factor to about 1.28x. So, it’s not quite going to give you a full frame field of view, being more like Canon’s older 1.3x APS-H crop factor, but it would still definitely be wider than when using a native lens of the same focal length on an EOS M camera without the adapter.

This isn’t the first EF to EOS M speed booster style adapter. Viltrox makes one with a 0.71x reduction for a mere $156. But, chances are, Canon making their own, with obvious access to all their own intellectual property means they can probably make one that’s faster and more reliable. Even if the field of view isn’t stretched quite as much as one might like.

There’s no word from Canon on whether or not this patent will actually come to market in the form of a real product. But given Canon’s four EF to RF mount adapters launched with the Canon EOS R, we wouldn’t be surprised if they did. Lens adapters have become far more accepted than they have been in the past, and it will mean that Canon won’t need to duplicate as many lenses for three completely different mounts.

You can find out more about Patent 2018185393 here, but you’ll have to hit the search, they don’t allow direct linking.

« A family looking for a photographer to travel the world with them, pays over $100,000
15 helpful tips for flying with camera gear »