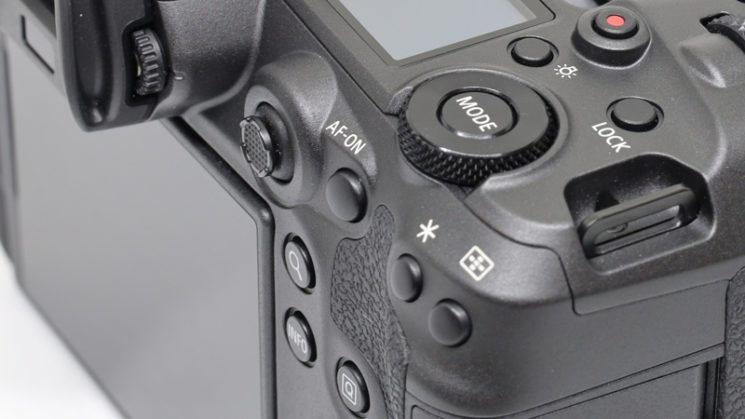 The controversial M-Fn touchbar which was introduced with Canon’s EOS R mirrorless camera is notably absent from the upcoming EOS R5, new images show. Japanese website DC Watch has posted several images of the new camera, including some from the rear, showing that the touch bar found on the EOS R is nowhere to be found.

Instead, it has been replaced by the familiar AF-ON button and a joystick for your thumb. This will be good news to critics of the M-Fn touchbar, who weren’t keen on it in the EOS R. But it’s not the only change from the EOS R. The back has ha a complete redesign. When you see the two side by side, the differences become quite apparent.

The EOS R5 is, for all intents and purposes, the “5D” of Canon’s mirrorless line. And while the rear of the EOS R5 does somewhat resemble the 5D Mark IV a little more than it does the EOS R, it’s still not quite the same as that one, either. For a start, there are no buttons along the left side of the LCD, because the EOS R5 actually has a flippy out LCD, rather than the fixed display of the 5D Mark IV. It does, basically feature the same one-button controls, even if the layout is a little different. 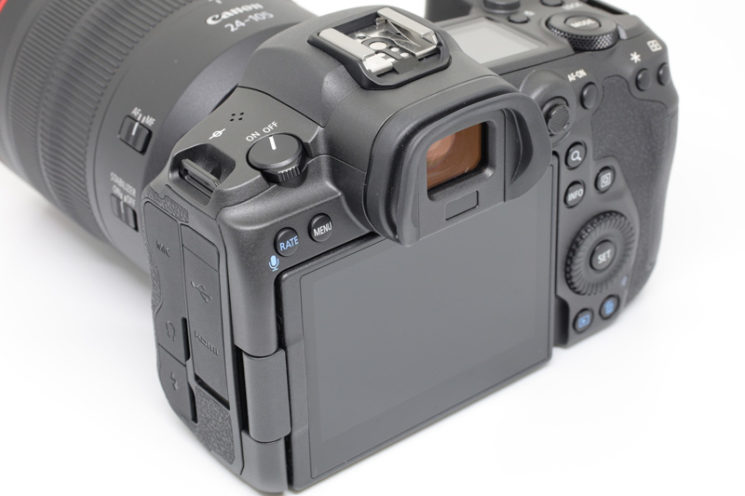 The overall design does follow Canon’s other mirrorless bodies in the EOS R lineup, but the similarities to Canon’s DSLRs are quite noticeable, too. Perhaps it’s to help ease DSLR users over to the mirrorless system, now that it’s gaining features that more serious shooters have been asking for? As well as a few that are way more than they’ve been asking for. 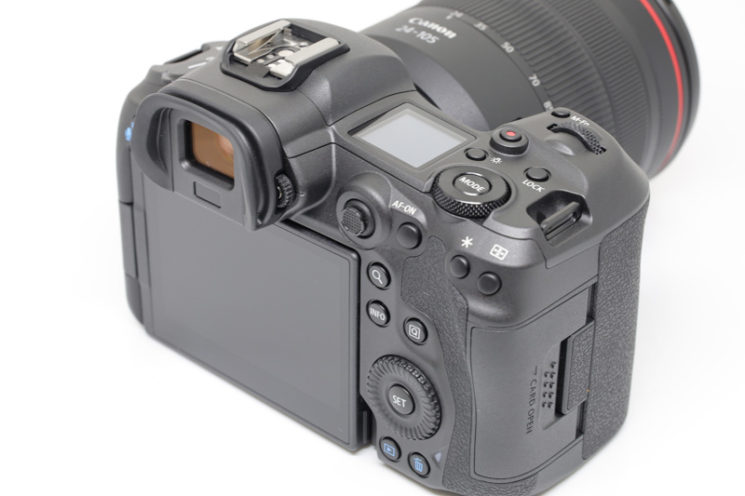 12fps continuous shooting with a mechanical shutter, 20fps with the electronic shutter, dual card slots (probably CFexpress + UHS-II SD) and 8K video. The specs teased so far are all very tempting, but would they be tempting enough to draw Canon’s customer base away from their familiar DSLRs without there being at least some physical similarity and feel between them? 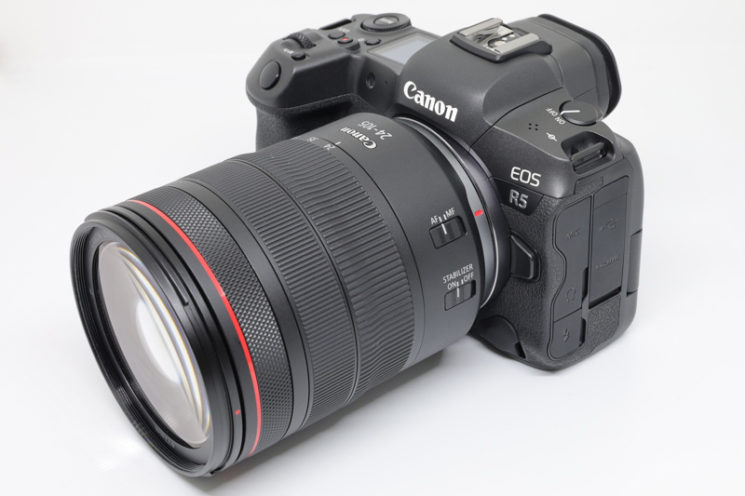 It makes sense, that the design takes a bit of inspiration from their DSLRs. Many people don’t want to switch to a new system that feels like a totally different brand to what they’re used to. The increased size of the body over the EOS R will also help ease that transition from those DSLR shooters coming from bigger bodies. But it also means that Canon finally has the room to implement IBIS – the lack of which being one of the biggest complaints about the EOS R and EOS RP, when almost all of the competition has it.

Although the EOS R5 was on display under glass at WPPI recently, the EOS R5 will be making its UK debut at The Photography Show in Birmingham in just a little over a week from now.

There still haven’t been any more specs released (or even leaked) yet, nor an expected price, nor even a hint of when we might find out more. So far, all Canon reps will say is that it’s in development and that they don’t know anything more than has already been publicly announced.

You can check out the rest of the images of the EOS R5 over on DC Watch.

« Galaxy S20 Ultra suffers from “serious focusing” issues; Samsung pledges a fix, but no timeline
Breaking: Nikon pulls out of NAB due to Coronavirus concerns »