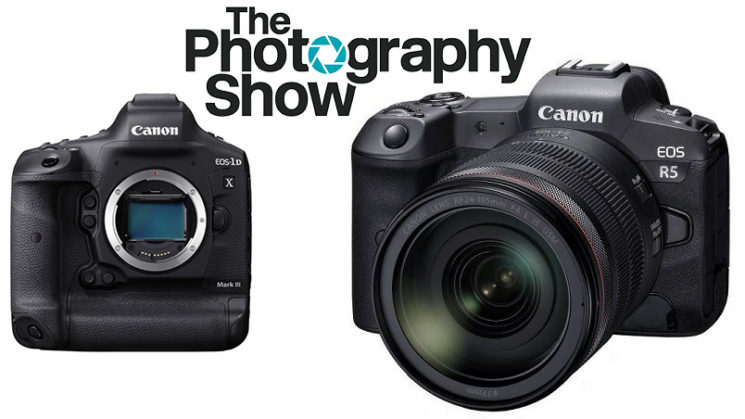 With CP+ cancelled, the next show of any real size is The Photography Show in the UK next month. We’ve already heard that the Nikon D6 will be making its debut there, but now it seems that Canon’s EOS R5 is coming way ahead of when everybody thought and will also make its own grand entrance at TPS between March 14-17th, 2020.

The EOS R5 was only teased by Canon last week and has already created quite a stir online. An official announcement wasn’t expected until around June, although now that appears to be coming forward according to a post on the Canon UK website. About the EOS R5, Canon UK writes…

Exciting news! The recently announced EOS R5, RF 100-500mm F4.5-7.1L IS USM lens and new extenders will be making an appearance at the show. Make sure you visit our stand to get your first glimpse at the new additions to the EOS R System.

Built on the revolutionary EOS R System and developed with customer feedback and market needs in mind, the EOS R5 features unrivalled specifications. Including high-speed, high-resolution, 8K video and unparalleled image stabilisation – allowing photographers and filmmakers to push creative boundaries harder and capture action better than ever before.

Following this is a link to the Canon EOS R5 mini-site that simply says what we already know. That it’s capable of shooting 8K video, stills up to 12fps stills mechanically or 20fps electronically, and that it will have IBIS.

Beyond this, Canon has still not released any further specs, but it seems we may find out all in a little over three weeks from now.

As well as the EOS R5, the recently released Canon 1DX Mark III will also be on display during The Photography Show.

For those who are concerned about whether TPS will even happen, given the cancellations from MWC and CP+, DIYP contacted the organisers of The Photography Show, who assure that the event will be going ahead as planned.