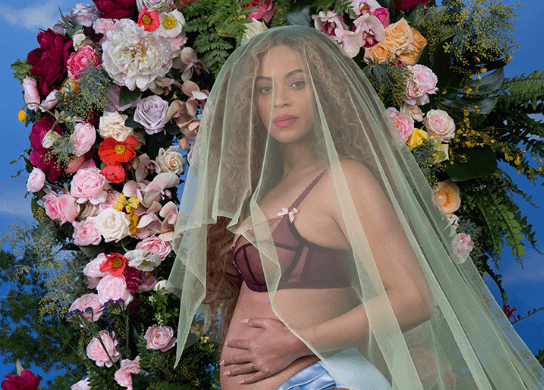 A photo of the most popular pop star on the planet has broken all the Instagram’s records. Beyoncé’s maternity photo reached 1.4 million likes half an hour after its publishing. At the moment I am writing this, it has 9.1 million likes and counting. This makes it the photo with the most likes on Instagram, ever. While photographers are doing whatever they can to reach Instagram likes and followers, it seems to be something else that brings the audience. The photo did bring tons of likes on one side, but on the other – it received an equal amount of criticism. But does the number of likes has anything to do with photography?

Beyoncé announced that she and Jay Z are expecting twins by publishing the photo on Instagram. The fans were overjoyed, likes and comments were pouring. The news has certainly caused a lot of positive reactions. At the same time, the photo itself made most people react with “Wait, what?”

“What’s with the veil”, “The flower arrangement reminds me of a funeral”, “Photoshop gone bad” are only some of the comments. Well, I have to agree that I personally don’t like the photo either. I think it’s kitsch. I don’t like any element of it, except for Beyoncé herself. She’s gorgeous as usual. But by no means do I think this was done because the photographer is bad or he had no idea what he was doing.

Awol Erizku, the artist behind this image, is a young Ethiopian photographer. He has an MA in Fine Art from Yale, and his works are said to be inspired by classical paintings. He has become popular among the members of the hip-hop community, and his work examines the place of black culture within American culture. Considering his education, I doubt that he didn’t know what he was doing. He definitely had a certain idea behind the photo – although people just don’t seem to like it, or get it.

Beyonce is the highest-paid pop star on the planet, and she takes extra care of her representation in public. Especially since that unfortunate photo from Superbowl performance in 2013. And when it comes to her in this maternity photo – she looks absolutely gorgeous and serene.

There are other images of the maternity photoshoot on her website, but this one has caused the most stir. It broke Instagram’s records and beat all the other photos ever when it comes to the number of likes and comments. But did it beat them in quality? I don’t think so. There are many photos most people would found more beautiful and more skillfully done than this one. But I think this is not about photography. It’s about Beyoncé. She’s the most popular pop star at the moment, and it’s not the photo that got the likes – it’s the announcement. It’s the news that a favorite singer of 9 million people is expecting twins that broke Instagram’s record. It’s not the light, composition or anything else regarding photography.

So, fellow photographers, I think nobody should feel annoyed about this photo and the amount of popularity it has gained. Sure, all of us have the right to like it or hate it. We can try to reach its point, and we don’t have to. After all, would it cause that many reactions out of Instagram if it wasn’t that, hm… unconventional? What do you think?