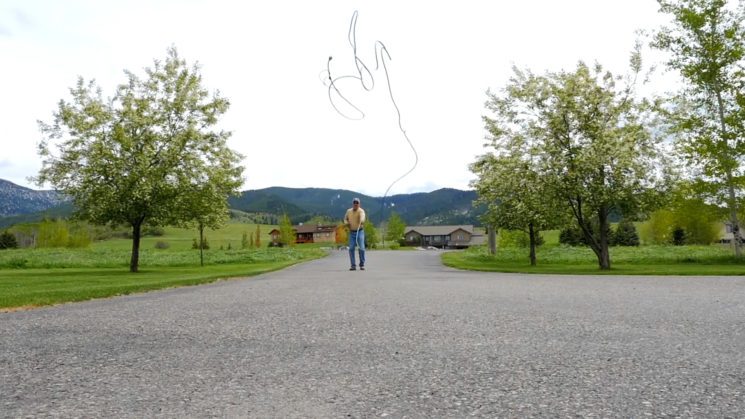 Keeping cables tangle-free can be a nightmare. As photographers we may have quite an array of cables. Long trigger release cables, flash head cables, USB extensions for shooting tethered, for example. If you shoot video as well, you might have to deal with XLR and other cables, too. And when it comes to cables, there’s nothing worse than turning up to shoot with a tangled mess.

Kinked and tangled cords don’t just make life difficult for you, though. They can also lead to reduced life of the cable, which means more cost as you replace them. This video from Oscar nominated director of photography, Mark Vargo, shows us how they do it in Hollywood. It makes production go more smoothly, and helps to make your cables last as long as possible.

Mark’s worked on movies such as The Green Mile, White House Down, and Ted, so he’s probably been around more than a few badly coiled cables. While we might not have to deal with as many cables as they do, it’s a valuable skill to learn.

Essentially, the first loop wraps around as normal, then the second loop twists underneath. The third goes under, fourth under, rinse, and repeat. It’ll take a few watches of the video and a bit of practise to get it down. But it’s definitely worth figuring out.

Sometimes, with cables that might have been improperly stored for a long time, you might need to “retrain” them. Mark suggests leaving them out in the sun for an hour or two. This lets the rubber warm up and become easier to work with as it forgets its kinks.

It took me quite a few goes to remember how to do it without having to go back and watch the video again. But I’m glad I did. I’ve been tangle-free ever since.

How to wind up your cables to keep them tangle-free

DIY: How to organize your messy cords and cables using only zip ties

BAD Wrap is a padded, waterproof and posable wrap for your camera gear that doesn’t need velcro