If you decided against Tony’s advice and want to go ahead and get a drone anyway, then be warned that flying them isn’t always as easy as flashy commercials may have you believe. You want to shoot decent footage and you also want to not kill them. Both of those things require some care. In this video, Matti Haapoja offers 5 tips to “get good” with your drone.

1. Buy a cheap toy drone one to learn with 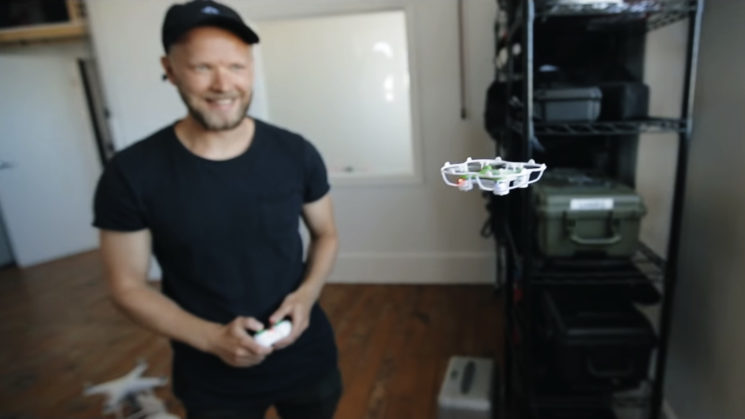 Yes, a toy drone. This might sound a bit “Huh? It’s a toy, it’s not like the real thing. What’s the point?”. Well, it being a toy is exactly the point. It doesn’t have all of the bells and whistles and modes that mean it can pretty much fly itself like the higher end drones. The Mavic Air, Mavic Pro and Phantoms are much easier to fly (assuming nothing goes wrong) than these cheap toys. So, if you can learn to fly with these then you can fly with pretty much anything.

There’s a phrase I used above… “assuming nothing goes wrong”. Sometimes things do go wrong, and when they do, you won’t have a lot of time to react and recover. So, knowing how to fly more challenging drones could potentially save you a lot of money if it prevents you from crashing a more expensive drone. 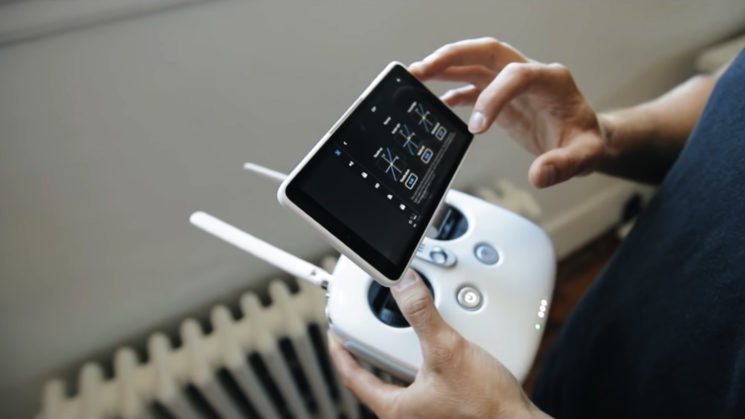 Once you move up to a higher end drone, no matter which one you get, there will be various settings you need to know. How to maintain altitude and how to fly back home when you’re not entirely sure which way your drone is facing, for example.

And with as advanced as drones are getting with touchscreen this and gesture that, it’s very easy to slip your drone into a mode you’ve no idea how to use and no idea how to get out of. 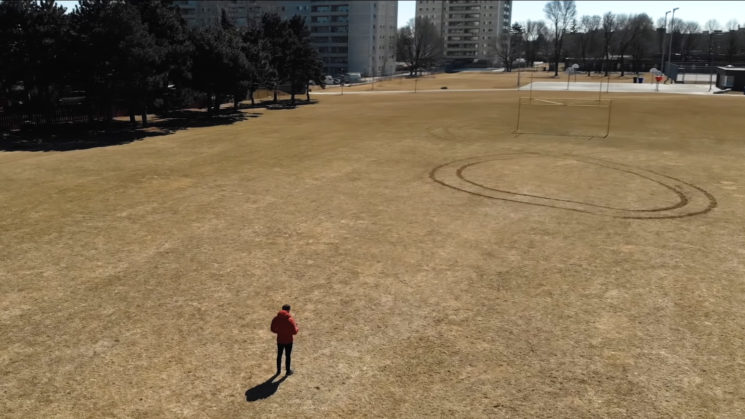 This one can’t be stated enough, really. Like Matti, when I got my first drone, I was out every chance I could. I wanted to become completely comfortable with it. To know its limits, and to test my own and push them further to improve my abilities. Like going out and shooting your camera, you want it to become second nature.

So, forget about trying to get good shots. Just learn how to fly the drone and not hit anything.

After you know how to fly and manoeuvre your drone, you’ll want to practise how to actually film with it. Get used to the fact that the camera orientation and drone orientation aren’t necessarily the same thing. Learn how to track a subject, follow a subject, orbit a subject. Understand how to follow at a constant speed.

Learn to fly low to the ground, too, which is tricky. You can easily crash into the ground if you accelerate too quickly and the drone dips. As with just learning how to not crash, you want to have your filming techniques perfect and ready to go at a moment’s notice.

5. Learn to control the gimbal

This isn’t directly about flying a drone, but it will make a difference. If you’re planning to film with your drone, then understanding how to control the gimbal without it distracting you from actually controlling the drone, will be invaluable for your work.

Not all drones will allow you to control your gimbal separately from your camera, but if yours does, then work on it. This is why many commercial drone video crews will have two people with controllers. One to fly the drone, and one to control the camera.

Ultimately, it all boils down to practise. Doing something over and over again until it just feels good and natural. Try out those different settings you learned, so that if you accidentally go into them during a flight, you’re not panicking. You know how to recover or get out of them.

The Viltrox 85mm f/1.8 for Sony E Mount can become an f/1.6 lens with just a simple firmware update