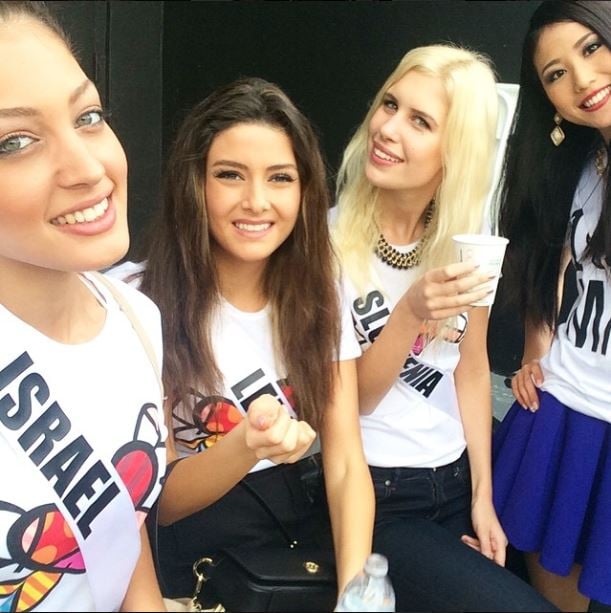 The Israeli and Lebanese contestants met at the Miss Universe contest. What happened next will (not) amaze you. They did what most people would do and took a selfie, together with Miss Japan and Miss Slovenia.

Following angry criticism from her homeland, Miss Lebanon claimed she was photobombed by the Israeli.

Is this true and how did Miss Egypt respond to the scandal?

Despite the relative calmness of the Israel-Lebanon border in recent years, the countries are still officially at war and consider each other enemy states.

The two young women, Doron Matalon and Saly Greige, did not let politics get in their way and seemed quite happy to pose together for a selfie.

All that changed when Matalon posted the photo on her Instagram account. Outraged by the actions of their representative, many Lebanese people and media outlets launched a fierce attack against Greige.

In an attempt to regain the support of her country and appease critics, she uploaded a cropped version of the photo along with the following message:

“To all my supporters and Lebanese citizens, I would like to thank you indeed for your continuous support of Miss Lebanon at the Miss Universe contest…
The truth behind the photo, since the first day of my arrival to participate to Miss universe,I was very cautious to avoid being in any photo or communication with Miss isreal, who tried several times to take a photo with me.
I was having a photo with Miss Japan, Miss Slovenia, suddenly Miss Israel jumped in and took a selfie, and uploaded it on her social media.
This is what happened and I hope to have your full support in the Miss Universe contest” 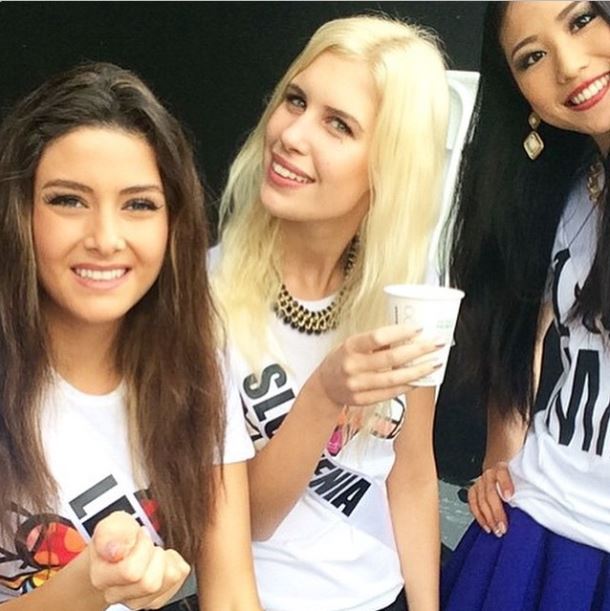 While some people found her explanation satisfactory, not everybody was convinced.

Lebanese TV station Al Jadeed wondered sarcastically how come Miss Lebanon listed reading as one of her hobbies, yet failed to read any of the books that mention Israel is their enemy.

Additionally, the cropped image and message uploaded by Miss Lebanon lead to comments asking why she is running for Miss Universe if she can’t get along with a contestant from another country.

Israel’s Doron Matalon also responded to the drama caused by the selfie, posting a link to an article about the international incident along with her own message:

“It doesn’t surprise me, but it still makes me sad. Too bad you can not put the hostility out of the game, only for three weeks of an experience of a lifetime that we can meet girls from around the world and also from the neighboring country.”

Ever since this story made headlines Miss Egypt has also been avoiding Miss Israel, per orders received “from high above”. This is despite the fact that Israel and Egypt signed a peace treaty 36 years ago, and that they have already posed for at least four joined photos. 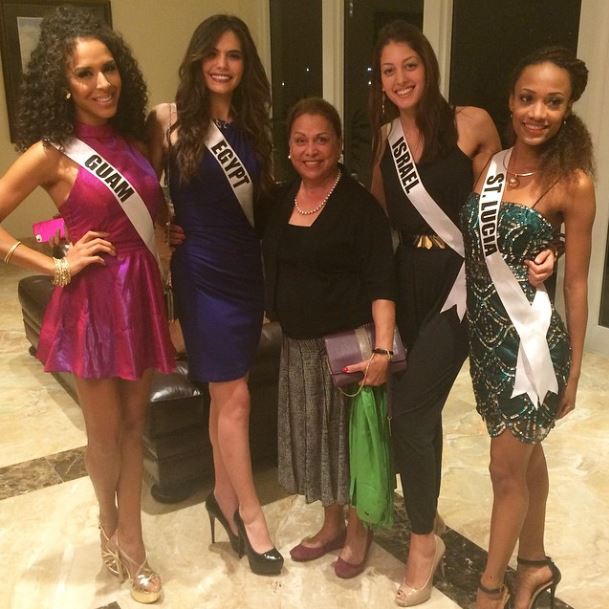 Miss Egypt and Miss Israel in a group photo, before politics took over

According to the New York Post, the Lebanese government will be launching an investigation in the matter and may strip Miss Lebanon of her crown. The newspapers mentions that was the fate of 1993’s Miss Lebanon after AFP distributed a photo of her “smiling arm-in-arm with her Israeli contender”.

While Greige’s explanation sounds more like a lame excuse, I can’t blame her (or the Egyptian contestant) for her behavior. Anything she says or does will affect her after the contest is over, and as much as the organizers of Miss Universe might want it to be true, this is probably not where the next peace treaty will be signed. 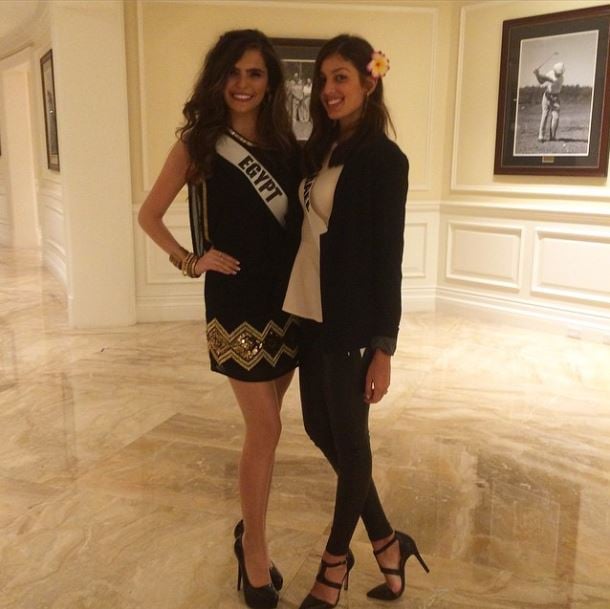 Hopefully nobody will get into trouble for this photo

« We Are Giving Away Two Sweet Lensbaby Lenses: a Composer Pro w/Sweet 50 and a Special Edition Spark
Riveting Photos Of Retired Subway Cars Being Dropped Into The Ocean »