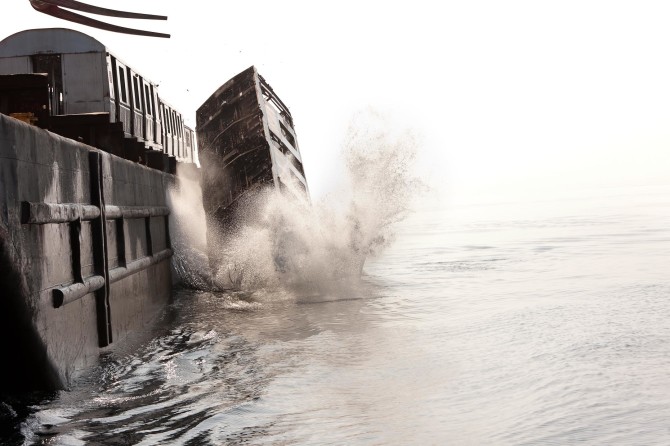 What actually happens to all those old subway cars that are retired from the New York City subway? One might suspect they’re sent off to the salvage yard where they’ll be scrapped for metal and spare parts before they arrive at their final resting place in some landfill outside of town. While some of that assumption is true, the subway cars actually go on to serve a meaningful (and environmentally friendly) life as artificial reefs on the floor of the Atlantic Ocean.

Photographer, Stephen Mallon, a New York City local, has spent three years documenting the cause in which he has been witness to countless numbers of the stripped down cars approaching their final destiny as they take the plunge into the ocean. Mallon’s series, Next Stop Atlantic, documents the work of the Metropolitan Transit Authority in their effort to provide marine life with a new place to call home while keeping the large cars out of landfills. Once the cars land on the ocean floor, microorganisms will take to the structures creating a source of food for various types of sea life in addition to providing shelter for some aquatic animals.

A similar program was launched in the early 2000’s, but was placed on moratorium until further research could be conducted to ensure the safety of the cars presence in the ocean. After research showed the cars posed no threat to the environment, the ban was lifted and several states began accepting retired NYC subways cars to develop artificial reefs along their coastlines.

Mallon’s Next Stop Atlantic has been met with widespread acclaim and has been featured in international exhibitions. The series is currently scheduled for an exhibition at NYU’s Kimmel Galleries as part of the Patterns Of Interest show. The exhibition will run from February 6th, 2015 through March 15th, 2015. 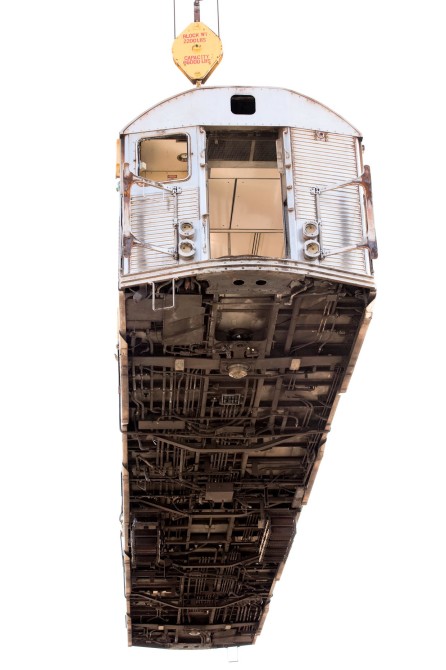 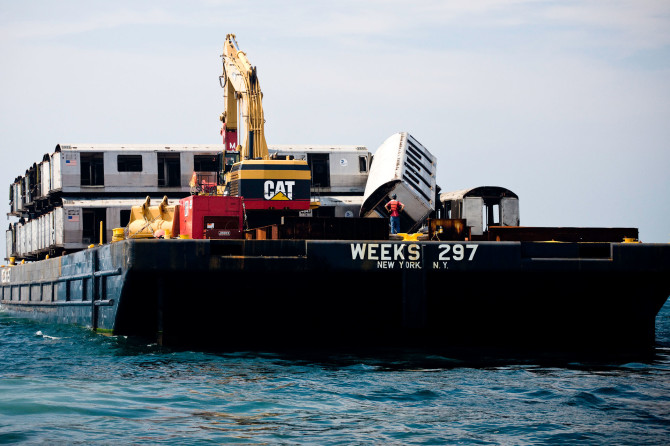 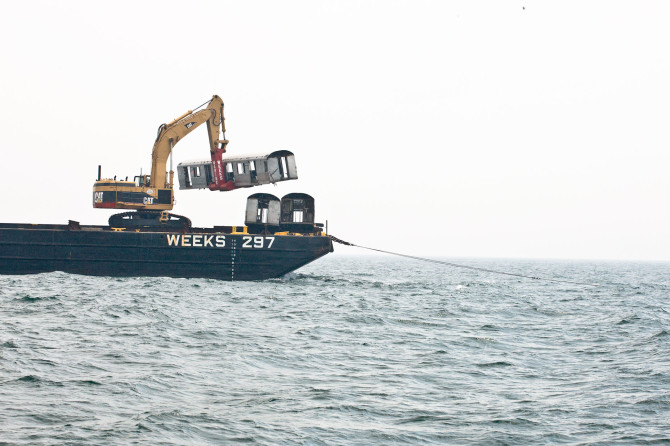 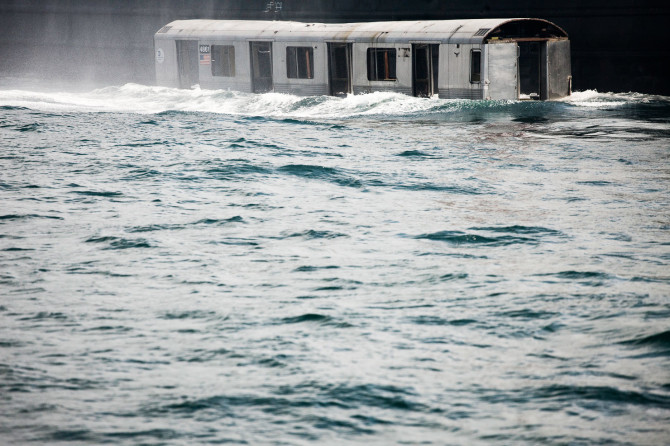 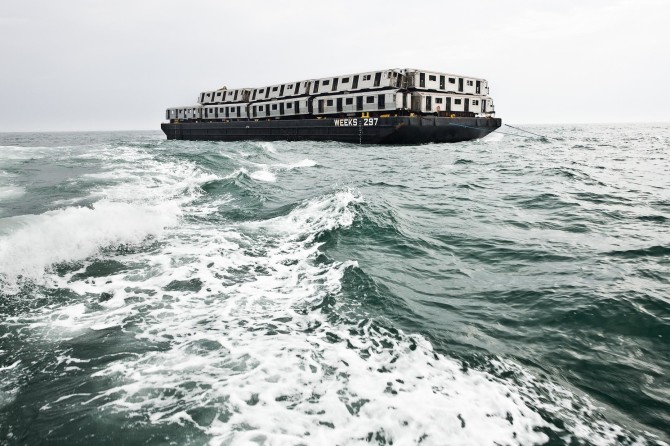 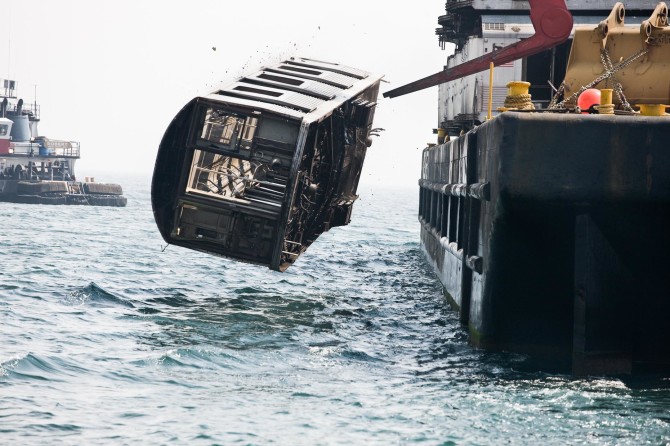 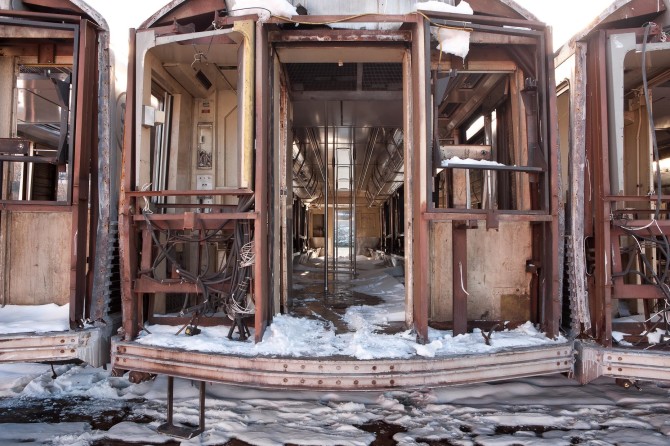 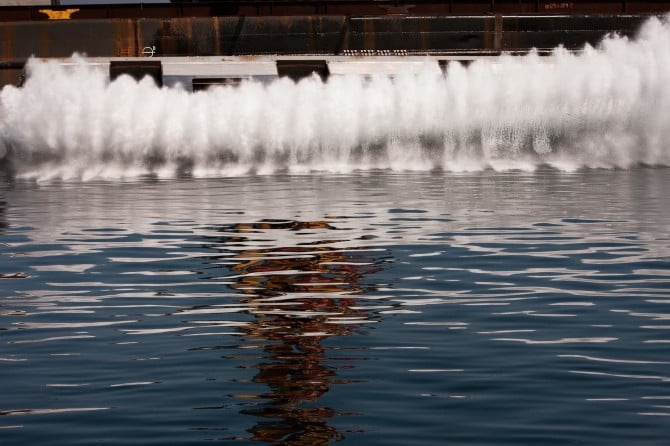 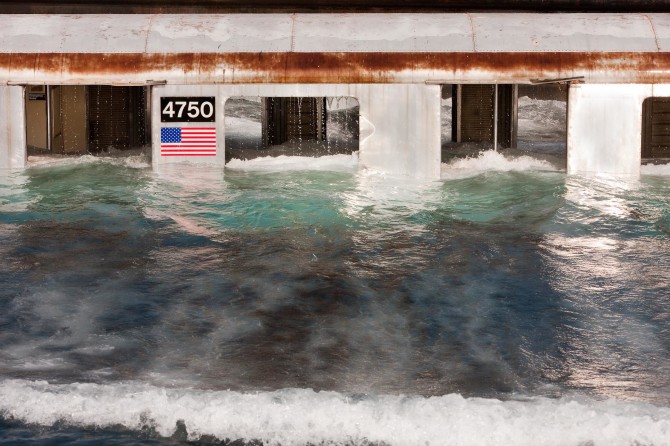 « Beautiful Selfie Proves Israel and Lebanon Can Get Along. And Why They Can’t.
New York Plumber Turns Old Cameras Into Pieces Of Art »