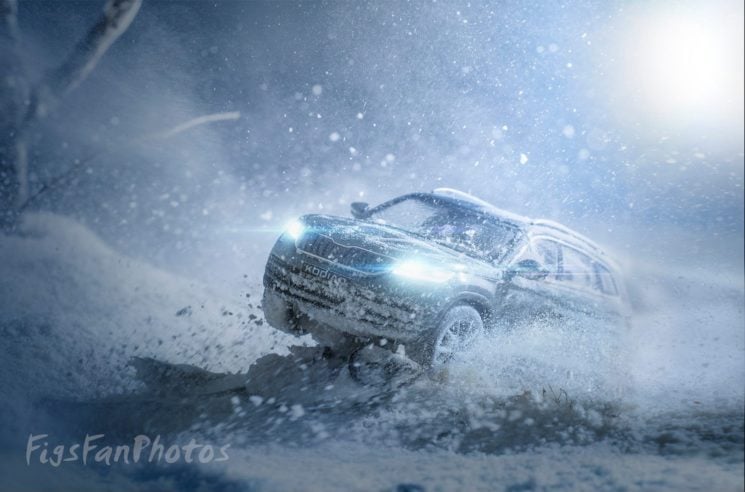 You may remember Hungarian photographer Lampert Benedek and his fun LEGO photo series. While heavy snow is covering my hometown, I noticed Lampert’s image of a car caught in a snow blizzard. But seeing a BTS image made me realize: it’s not really a car, and it’s not even real snow!

Lampert makes some awesome photos of fast cars, but he uses toys, practical effects, and some clever ideas to make them look real. I chatted with him a bit about how he does it, and he shares some tricks for making these images.

This was the first photo I noticed, and the BTS shot showing how it was made: 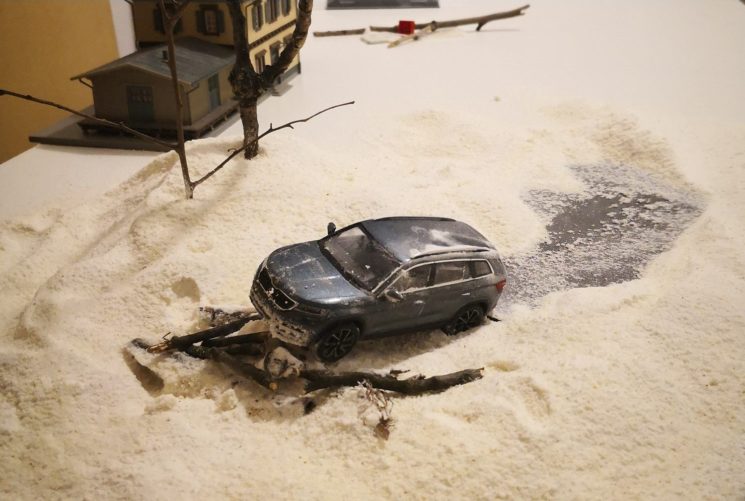 To take this photo, Lampert used a Nikon D7100 paired with Nikkor 50mm 1.8G. As for the props and the lighting, he says he didn’t use anything special: just a flashlight and diffusers. He made the “snow” using flour, and he blew at it to create the “snowstorm.” A twig here and there for the “trees,” and that’s it! This particular photo was shot at 1/125s, ISO 250, and f/1.8. Everything was created in-camera but the lights on the car. These were added in Photoshop because Lampert couldn’t solve them in any other way, but everything else is real.

In another of his photos, you’ll see motion blur that looks like panning. Once again, it’s a toy, and it’s super-fun how Lampert created the blur. Instead of moving the car – he moved everything else! This way the road, the houses, and the wheels look blurry as if the car is moving. Here’s the video to show you how he did it: 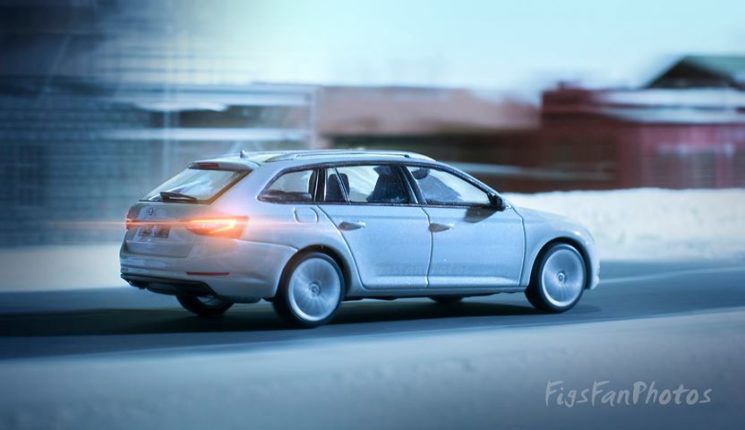 Ahogy ígértem, itt a videó, hogyan készült a fehér Superb-es kép. Ha az autó nem tud mozogni, mozogjon minden más! ;)Remélem tetszeni fog, és előre is köszönöm, ha megosztod! :)****As I promised here is the werk video about the white Superb photo! If the car can't move, move everything else! ;)I hope you will like it and thanks for sharing! :)ŠKODAŠKODA IndiaŠKODA Italia

Lampert’s favorite genre is toy photography, which you can clearly see from his images. Check out a few more photos below, and don’t forget to follow his work: Facebook pages Aquila Photography and Figs Fan Photos, and Instagram. 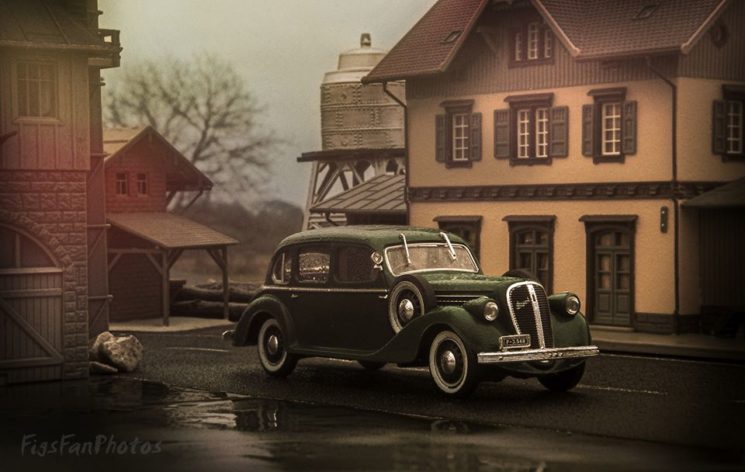 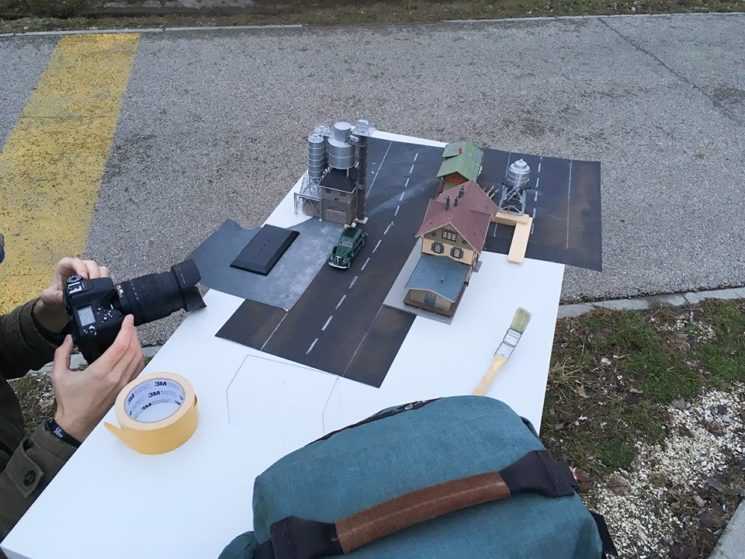 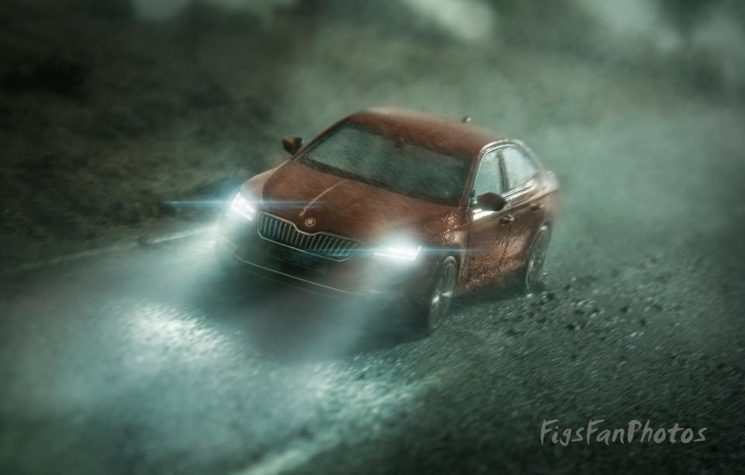 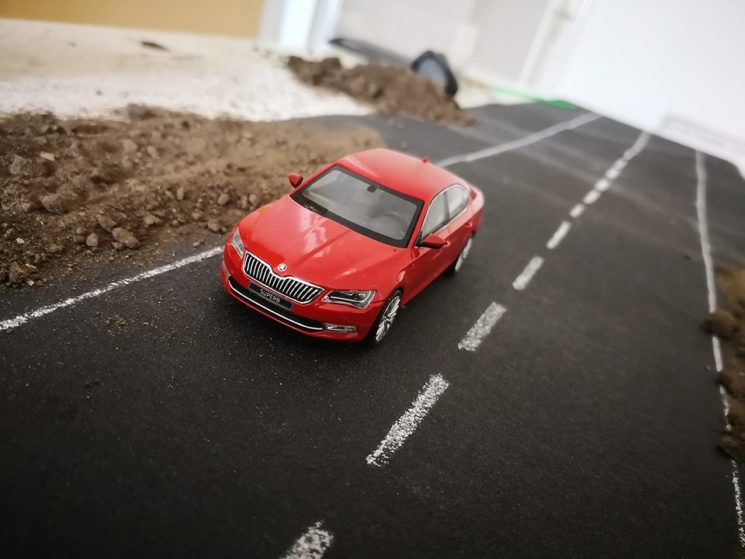