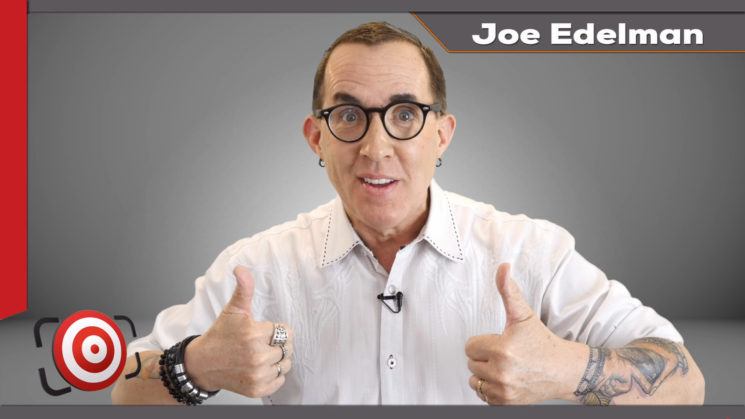 Whenever I see people posting questions about how to photograph people wearing glasses, they usually receive the same response. “Don’t, have them take their glasses off”. This is usually followed by some silly statement about it being impossible to avoid glare and reflections on glasses. Well, it’s not impossible. It’s actually pretty straightforward.

As photographer Joe Edelman describes in this video, it’s simply a case of applying a little basic physics. It’s a challenge that’s been around since the dawn of photography, but the methods to solving it today are the same as they were a hundred years ago.

Using an umbrella, a softbox a beauty dish and bounce flash, Joe demonstrates several different ways to eliminate reflections from glasses. But they all work on the same basic principle.

Angle of incidence = angle of reflection.

Essentially, this means that whatever angle the light hits an object at is the angle it’ll bounce back at. You just need to make sure that your light isn’t reflecting back towards your camera, and it won’t show up in the shot. 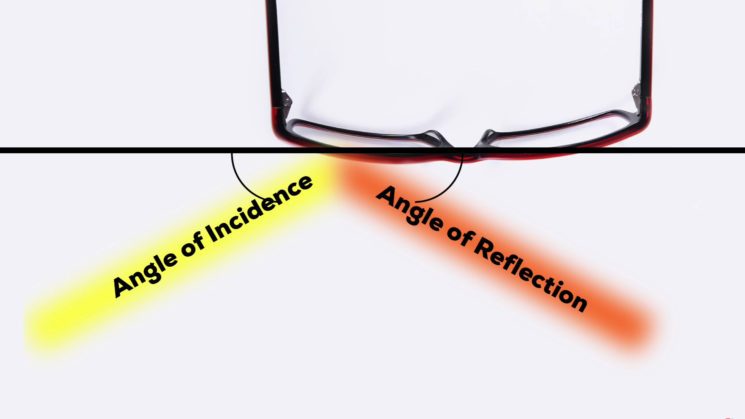 It’s this same principle that often causes red-eye with built in flash. It shoots forward toward your subject, reflects off the back of the eye, and straight back into the lens. It’s the number one reason for getting the flash off your camera.

Of course, with glasses, there’s a larger area to reflect back the surroundings. They’re also usually convex (from the photographer’s perspective), so they can reflect back a fairly wide angle. Especially around the edges. You just have to make sure that your light is out far enough that it doesn’t reflect back toward the camera. The angle of your subject’s head also plays a big part. 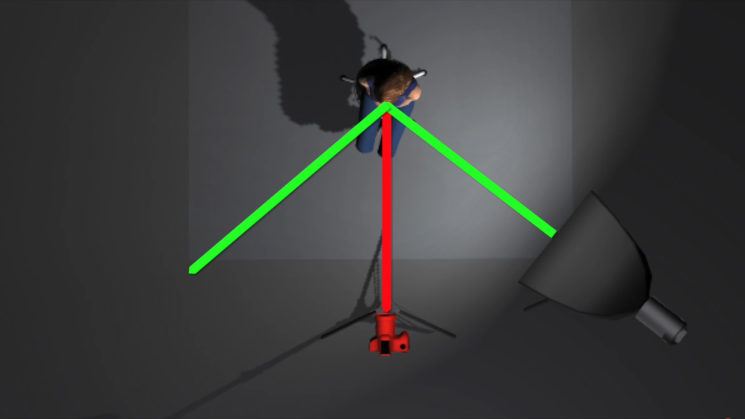 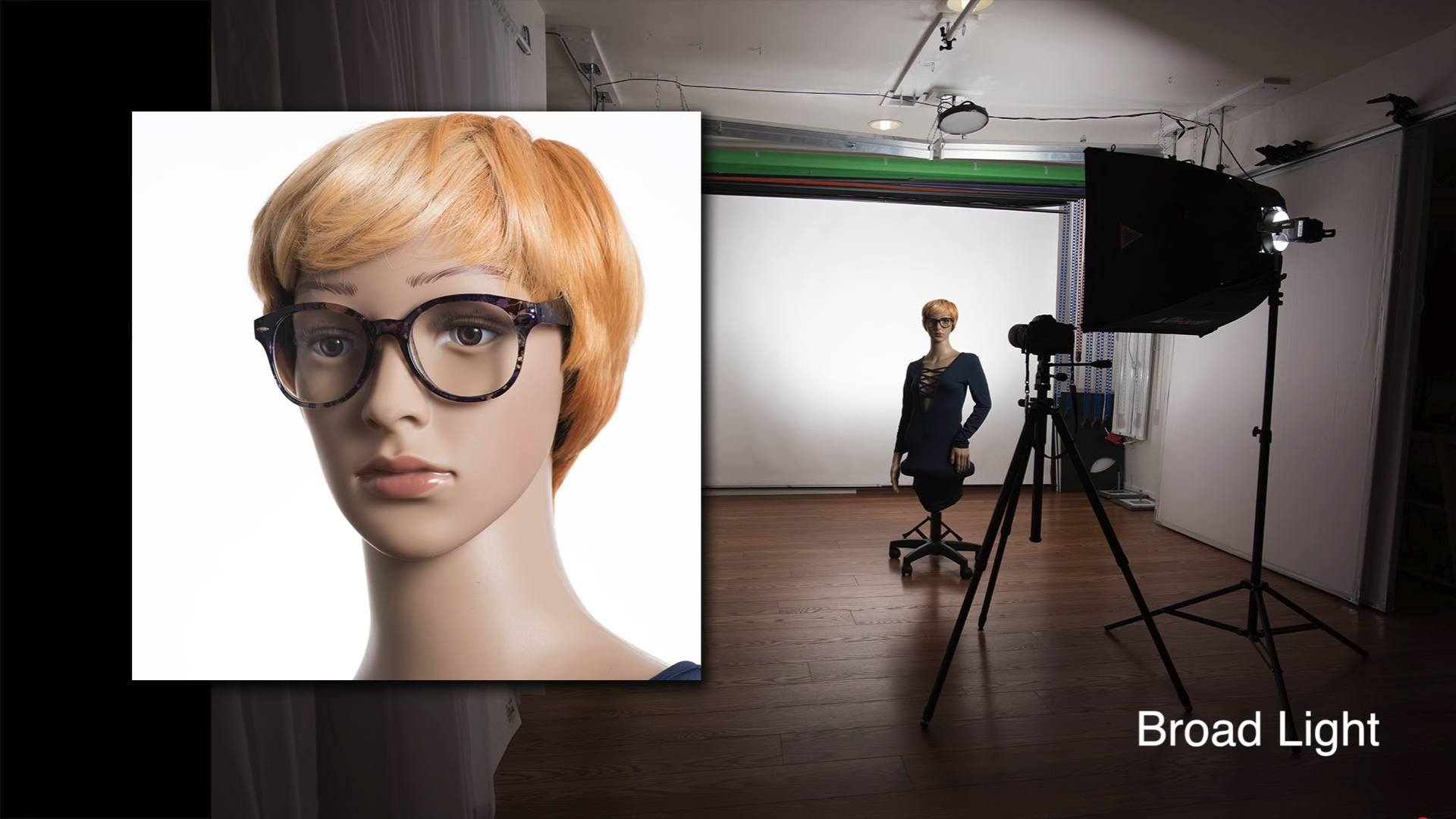 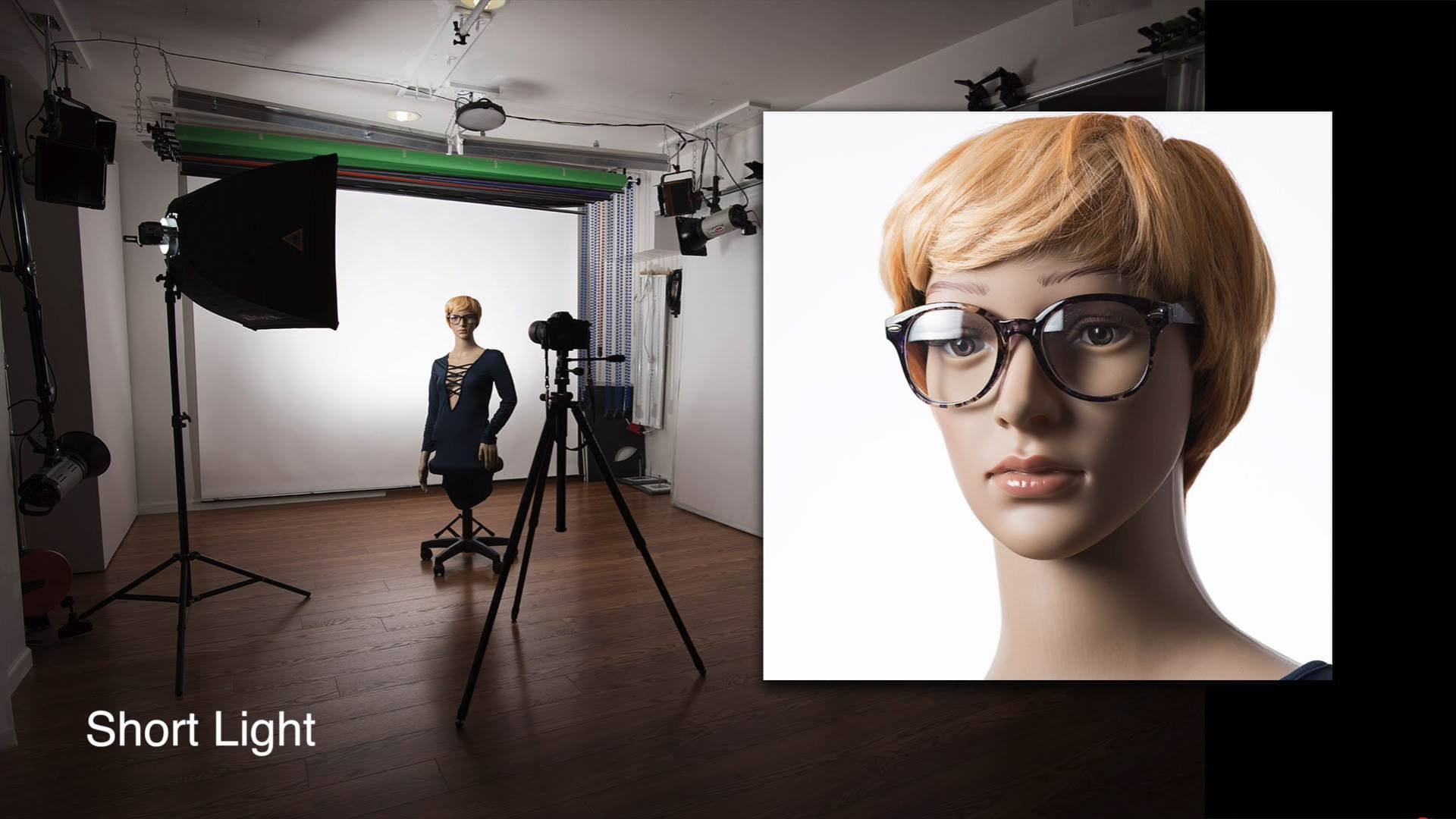 You can see why in these two diagrams showing the angle of reflection. 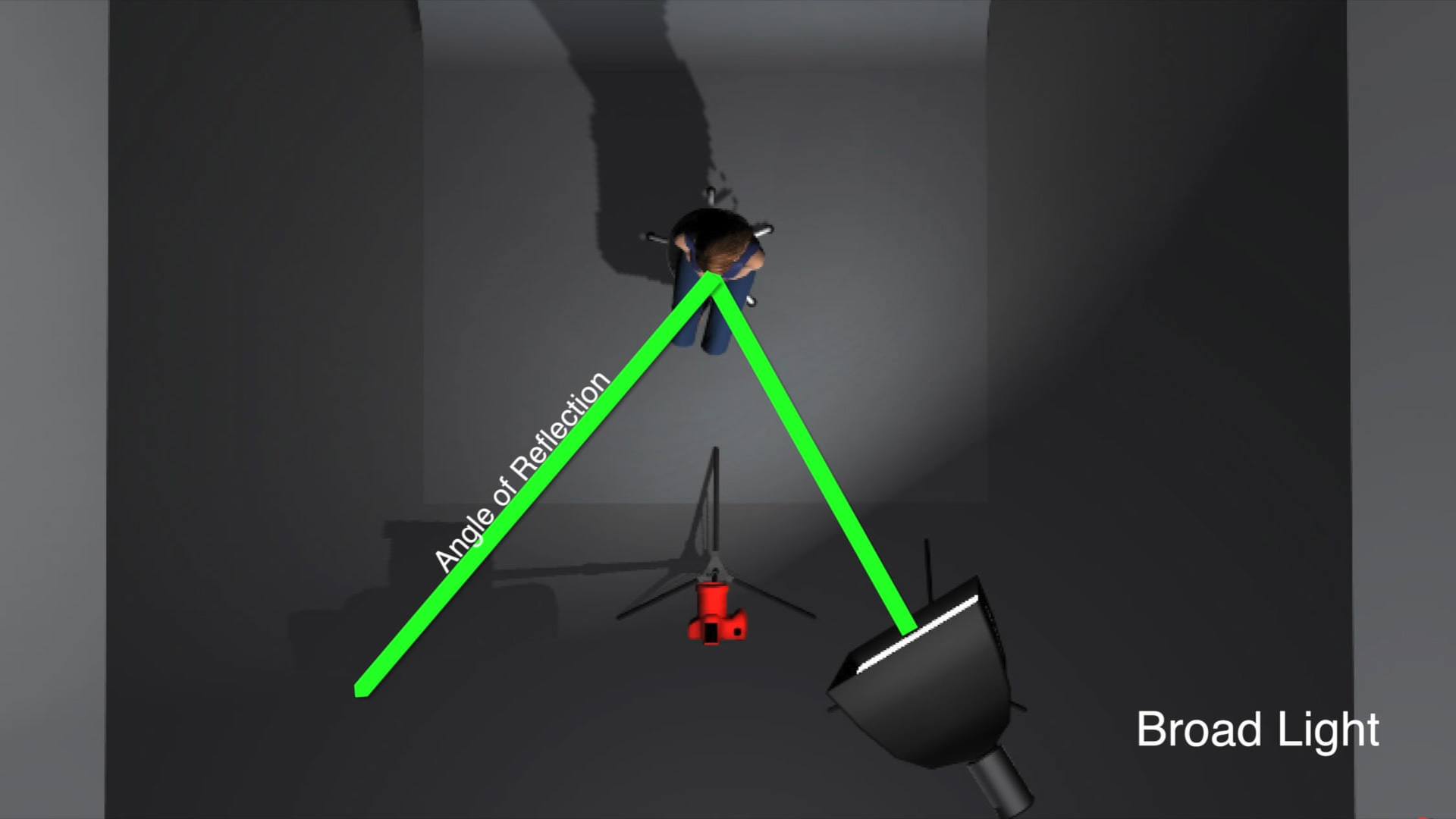 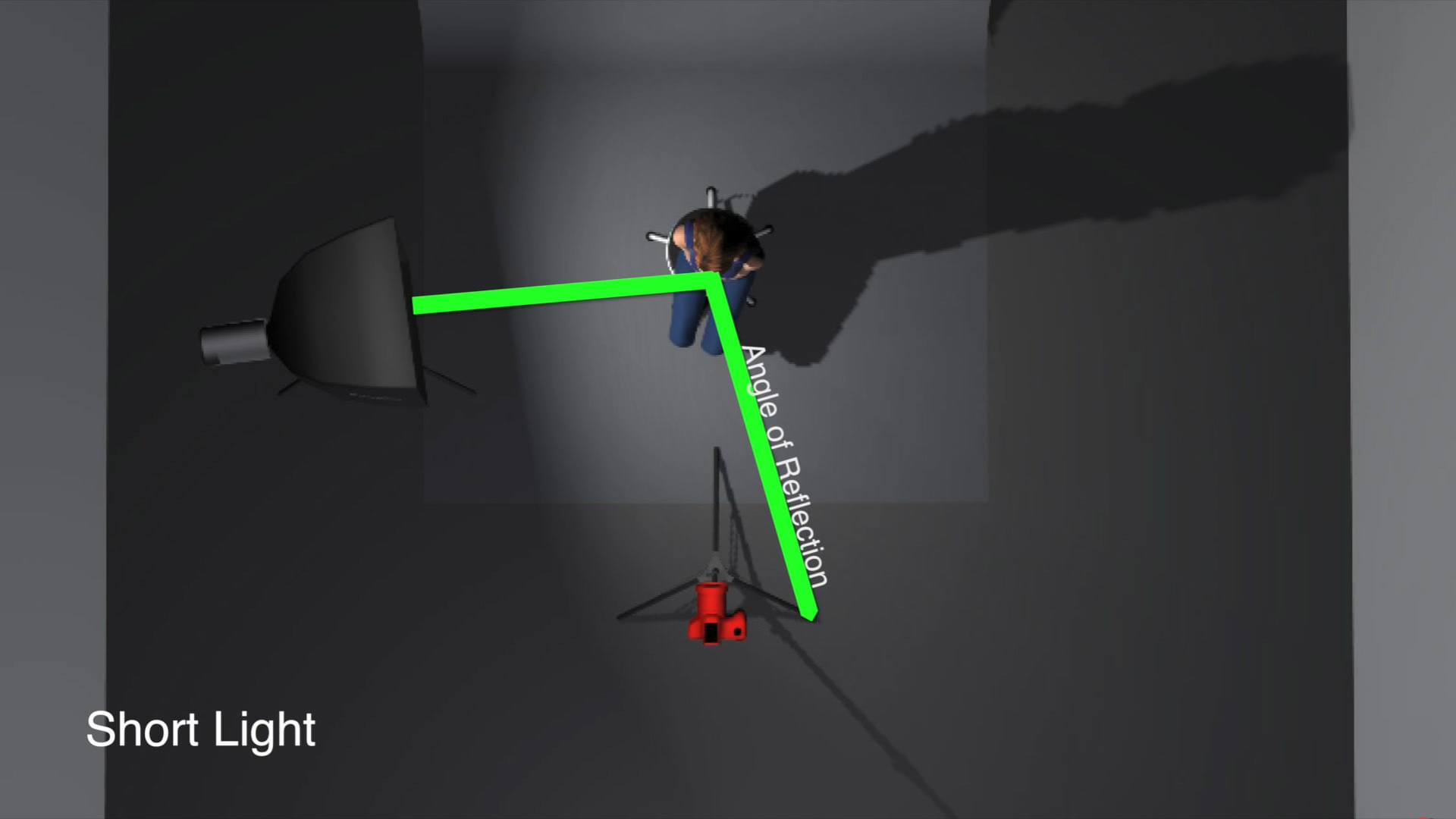 One thing you have to remember, is that we live in a three dimensional world. So, we don’t have to move our lights off to the side, to the point where we’re not getting the results we want. We can also raise the lights, too. This means that the angle of reflection is now bouncing down at the floor, and not at your camera. 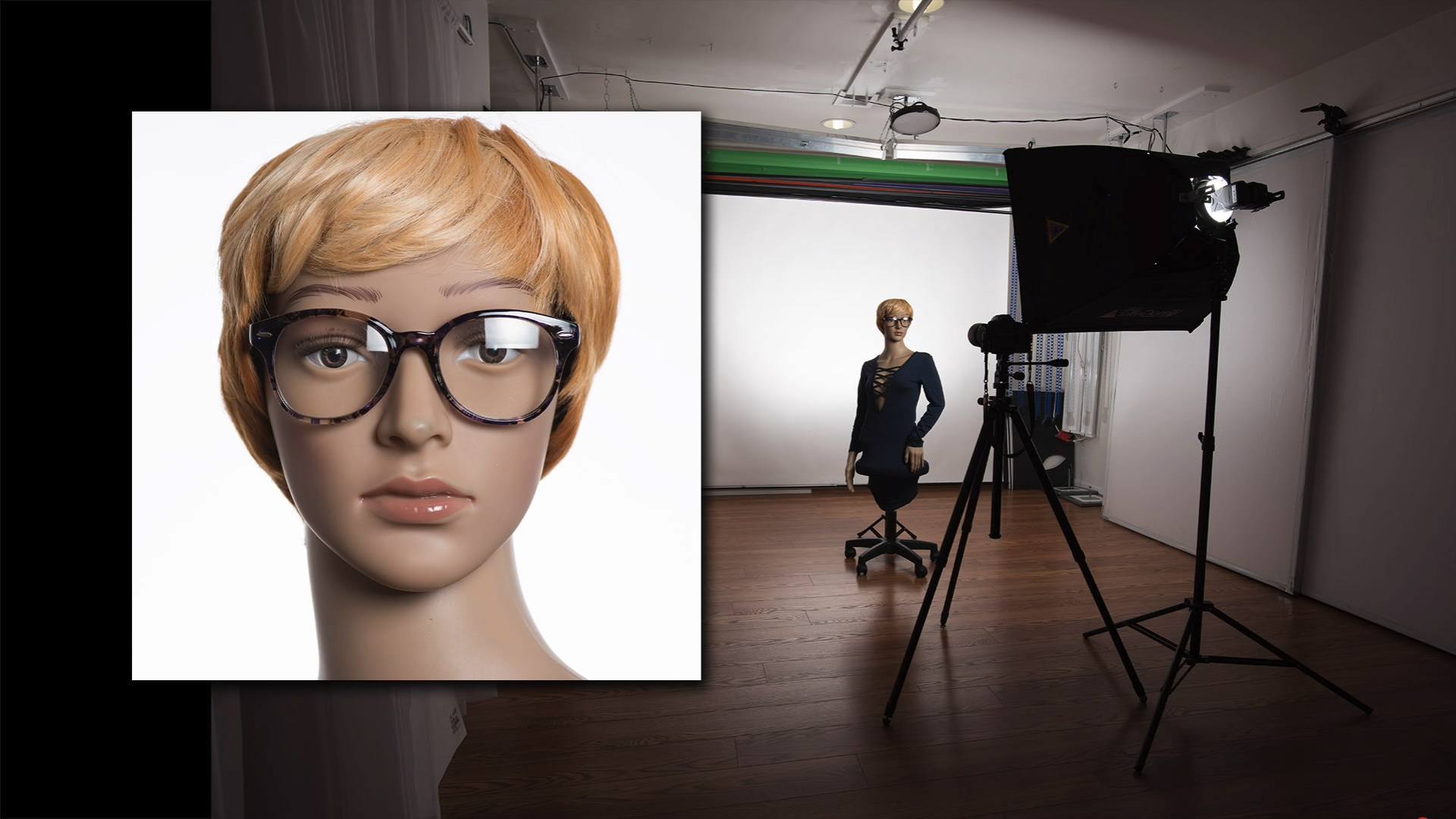 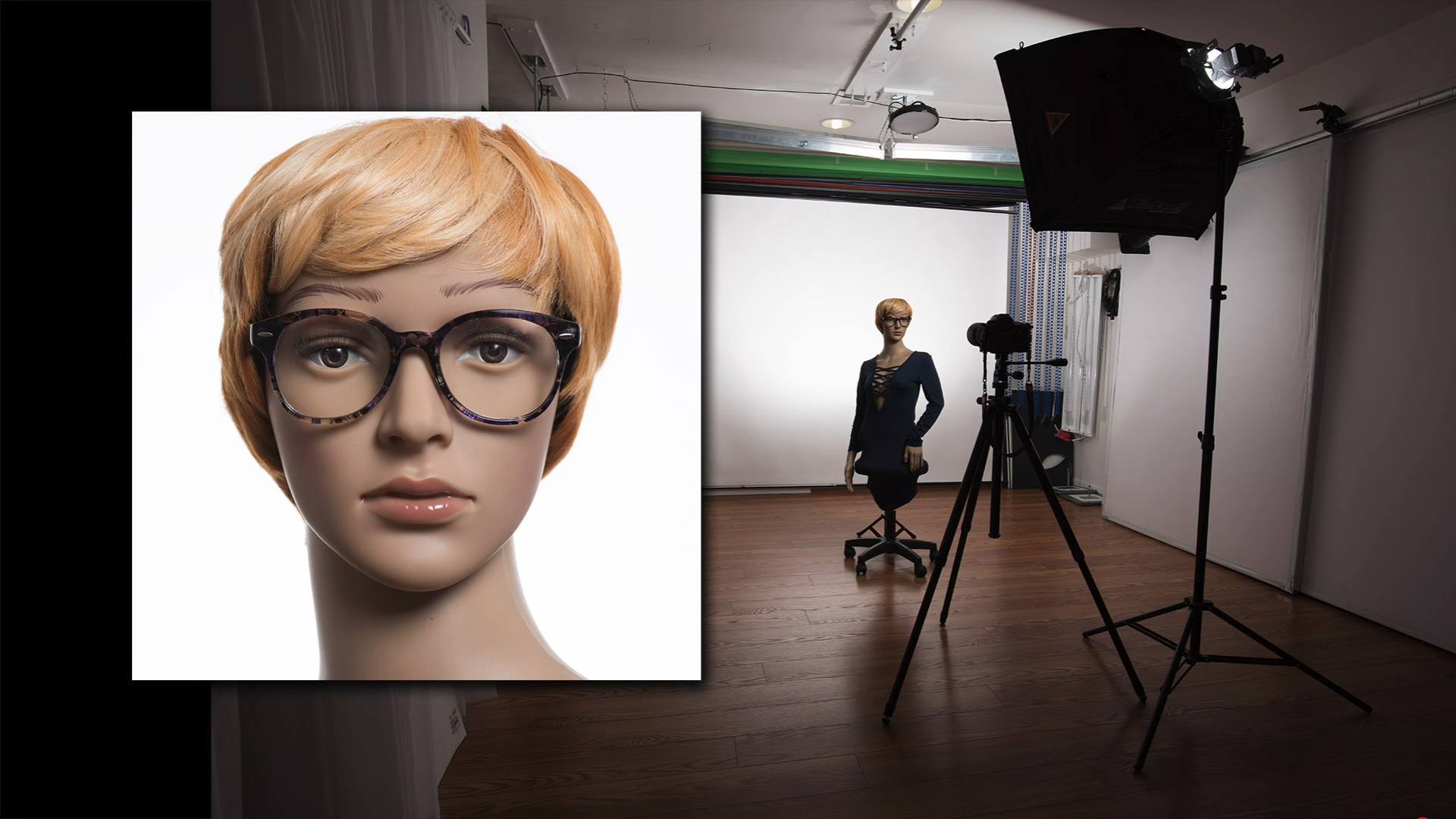 This one simple change makes a big difference.

Even with large modifiers, such as this 43″ umbrella, it’s pretty straightforward to get rid of reflections. Joe uses two in this example. One in front of the subject, and one overhead slightly behind as a hair light. The only difference between the two shots is that the umbrella has been raised in one to increase the angle of reflection, and send it down to the floor, not the camera. 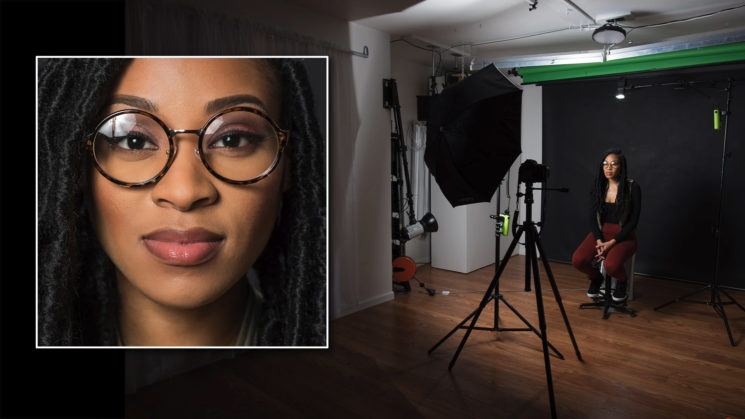 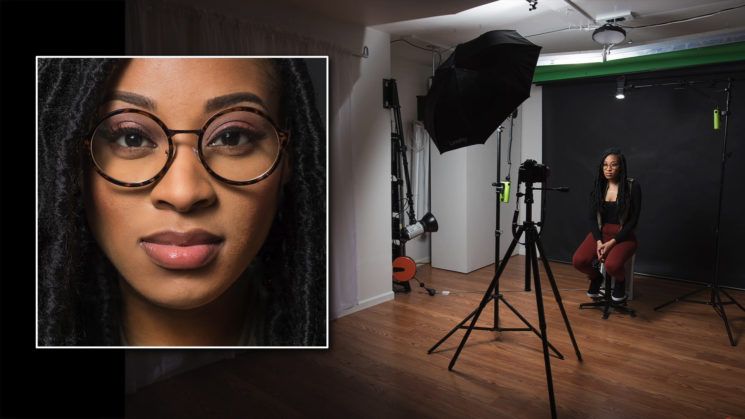 Joe repeats this exercise with a shoot through umbrella, a beauty dish and a medium sized softbox. Even with multiple light setups, getting rid of reflections is pretty easy, as illustrated by this four light setup. 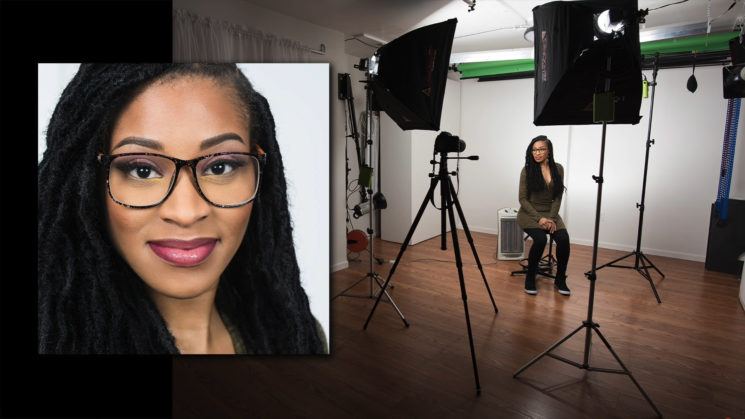 So, forget all those silly tricks and workarounds by moving the subject’s glasses. Or even completely removing them. Some subjects just don’t look right without glasses if they’ve been wearing them for a decade or more.

If you just think about the angle of incidence, and light the shot properly in the first place, they’re not a problem.

How to quickly eliminate glare and reflections from glasses with Photoshop

How to use a polariser to remover glare from portraits