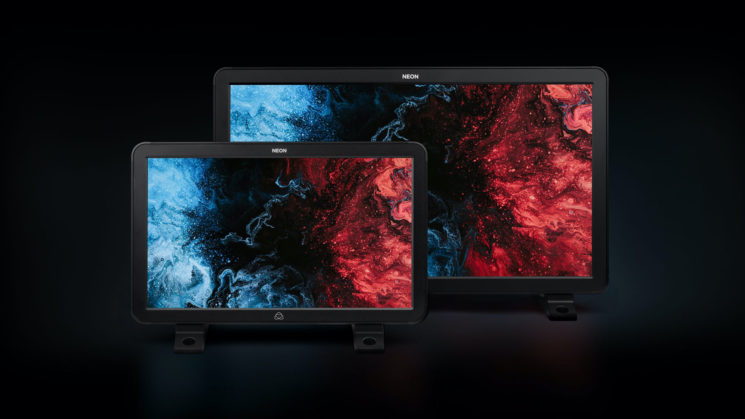 Atomos first announced their Neon Series production monitors almost 18 months ago. They were announced at Cine Gear 2019 and were true 10-Bit display. Not only were they monitors, but they were recorders, too, which at the time potentially offered 8K resolution 60p in 12-Bit ProRes RAW. Although right now, they offer 4K DCI 60p.

We’ve not really heard much about them since then, but now, Atomos has announced that the official launch of the Neon 17 and Neon 24 displays, with shipping beginning this month. These are just the first two models in the series, and we’ve heard nothing of the 32″ and 55″ models yet, but it’s a start.

The monitors are designed for both on-set use while recording as well as in-studio while editing and feature colour accuracy as their primary selling point. They come factory calibrated, but can also be recalibrated at will using the X-Rite i1 Display Pro Plus. It will allow you to work in SDR or HDR projects with DCI-P3 coverage.

They support wide colour gamuts, such as BT.2020 as well as all the usual Rec.709, which Atomos says are “accurately processed by the AtomHDR engine to deliver consistent representations”. Built-in transforms offer easy conversion of LOG to HDR or you can utilise 3D LUTs for SDR for monitoring with a specific look.

Both monitors feature all of the usual scopes including the waveform, vectorscope, RGB parade, focus peaking, false colour, zebra, channel isolation and frame guides as well as anamorphic de-squeeze, and all of the other goodies you’d expect.

As announced last June, these monitors don’t come cheap. The Neon 17 is available to pre-order now $3,999 and the Neon 24 is on pre-order for $6,499. Atomos says the Neon 31 and Neon 55 are still “under investigation”. You can find out more about the Atomos Neon HDR monitors on the Atomos website.