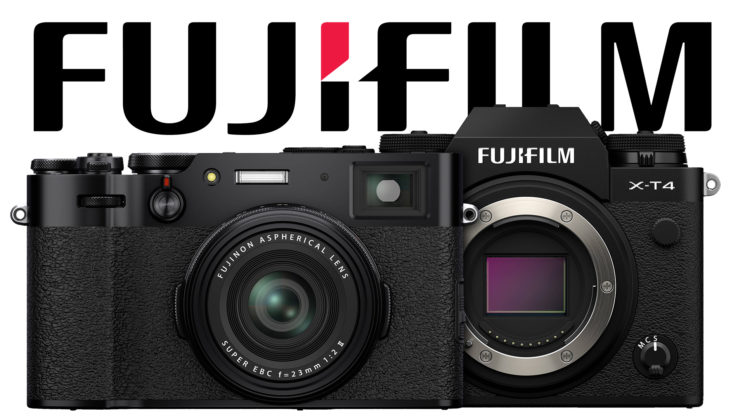 Fujifilm’s newly promoted President and Managing Director of Fujifilm in Europe, Toshi Iida, has spoken in an interview with Amateur Photographer. In it, they talk about how Fuji’s dealt with COVID-19 and their “significantly better” performance this year compared with the rest of the industry. They also spoke about the future, including Fuji’s decision to stick with APS-C going forward.

COVID-19 has had a pretty big effect on Fujifilm this year, but Mr Iida acknowledges that it’s had a big effect on everybody else in the industry as well. Global demand for cameras is down 40% according to CIPA and it’s reduced the number of working professionals around the world as lockdowns have been introduced and companies are just unable to sustain themselves. Mr Iida says Fuji’s their job to help these photographers get back to work.

The Fujifilm X-T4 and X100V, Mr Iida says, has allowed Fuji to stay ahead of the rest of the pack this year compared to the industry as a whole. He says that Fujifilm has performed significantly better as a direct result of those two cameras and that “the enthusiasm for innovative photography products strongly exists” and notes its importance during the current global situation.

When asked about the industry’s push towards full-frame and smaller sensor cameras facing even stiffer competition from smartphones, Mr Iida says that the biggest struggling is to ensure that the company keeps innovating in R&D. He says this is only possible by continued communication with customers to find out what their users actually want and not just force features down peoples throats whether they want them or not (I’m paraphrasing, but that was essentially his point).

This also explains why they’re sticking with APS-C. They’re committed to it, but they don’t see “full” format as actually existing, that there’s no reason to stick by this 100-year-old format as the default anymore. Companies can make sensors of any size they like.  He says that APS-C offers the best balance of size, performance and cost, and then there are the medium format GFX bodies for those that demand absolute quality.

The entire interview offers some fascinating insights into Fuji’s thought process and what may happen with the company in the future. Head on over to Amateur Photographer to read the whole thing.