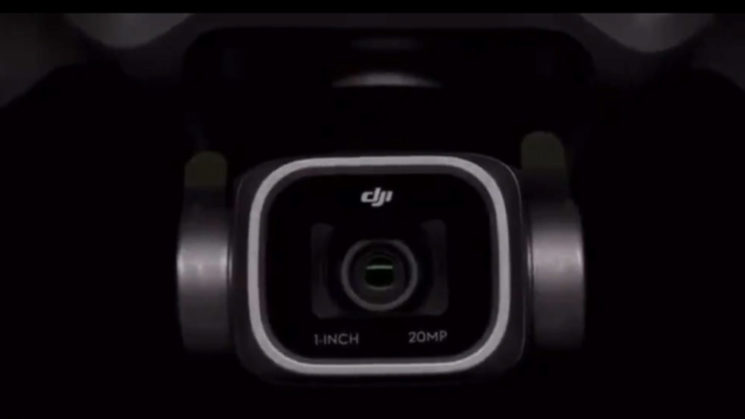 While OsitaLV seems to have a habit of posting reliable information to Twitter about upcoming DJI projects, they also post just as many “leaks” that turn out to be nothing. And while I’m freely willing to admit that I may be wrong, I kinda feel like this one might be the latter.

A video was posted to OsitaLV’s account on Twitter which appears as though it’s a leaked promo video for an upcoming DJI Mavic Air 2S drone, with a 1″ 20-megapixel sensor – a significant size upgrade from the 1/2″ sensor in the Mavic Air 2 – as well as AirSense. But while the promo is quite convincing at first, there’s clues that suggest to me that it’s fake.

For a start, there’s the opening frame of the video, which you can see at the top of this post. The camera isn’t quite level. It leans to the left just a little as we look at it. An off-kilter horizon is never a good thing with a drone and I suspect DJI would make the effort to at least make the camera shown in the promo video perfectly level and parallel to the camera that was filming it.

There’s also that “Coming soon” text at the end, which looks like a cheap Photoshop emboss effect from the 1990s and doesn’t fit the DJI aesthetic at all.

There have been a lot of rumours about a Mavic Air 2S lately, though, with TechnikNews posting some rather convincing-looking product photos of what appears to be a Mavic Air 2S, sporting the “AIR 2S” logo on one of the arms – also shared to Twitter by OsitaLV.

But there was also an alleged Mavic Air 2 prototype that looked exactly like this revealed back in November last year, sporting an extra pair of (likely obstacle avoidance) sensors on top. It is possible that we’re going to see this former prototype coming as the Mavic Air 2S, but whether or not it’ll have that 1″ sensor camera remains to be seen.

Once upon a time, there was a Mavic Air 2 prototype with extra eyes. pic.twitter.com/KlM9Ldl6j4

DJI certainly has the capability to add such a camera to a hypothetical Mavic Air 2S if they wanted to, but if that’s what’s going underneath it, then whatever the DJI Mavic 3 eventually brings with it should turn out to be something really special (otherwise, what’s the point?).

« Learn to understand the “rules” so you know when and how to break them
Sennheiser’s 2nd Gen MKE 400 comes with auto-power, headphone monitoring and Type-C digital output »