Every once in a while a photographer comes along and makes you drop your jaw. You stare flabbergasted at the screen and for long minutes try to understand how the hell did they accomplish this shot. How he had you stop and marvel a new thing after you think you’ve seen it all. 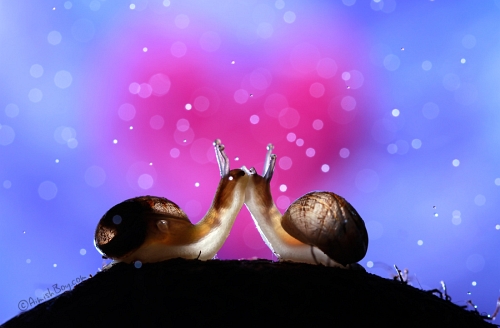 This is exactly what happened to me (Tomer Jacobson) when I saw the amazing pictures of AimishBoy for the first time.

After I wowed (like anyone who has seen his photos) I realized that I was looking at something new and fresh that encompasses brilliant ingenuity, hours of love & labor, impressive technical skills, but mainly, it was the fact that he took the macro/bug genre which I never really cared about and brought it up to a whole new level. 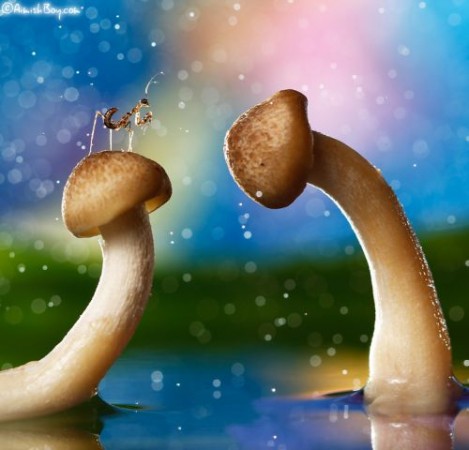 And, for me, the most impressive thing is the fact that what AimishBoy does is completely innovative. I mean, bugs macro photography has been here for ages. And while lots of technical artists “simply” get up in the wee hours of the night to catch a sleeping fly on a branch with natural light. AimishBoy (a.k.a Nadav Bagim) decided to create a wonderful new world lit with only two small strobes and tons of creativity. All done in his little living room in Ramat Gan, Israel.

Fortunately for us he took the time to an interview with Tomer Jacobson and share some of his process and techniques. He was also kind enough to take questions at the end of the post via comments.

TJ: Hi Nadav, thanks for taking the time to discuss your work.

NB: Hi Tomer, thanks you and the readers, happy to be a guest here. 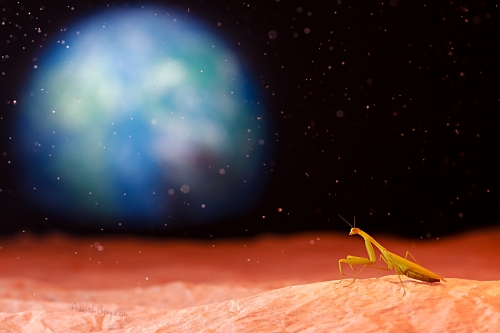 TJ: Your photography looks very planned, how close if the final outcome to your original planning?

NB: Usually, I don’t plan that much, I have a general idea, and I throw in more and more ingredients and moving from frame to frame until I see something I like and then I work with it to get a final picture. 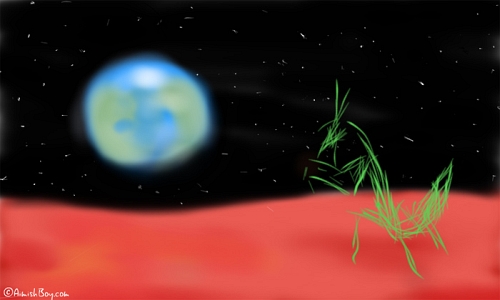 When I do plan things ahead, the final photograph is usually pretty close. Here you can see the sketch I made before taking the “Mars” photograph. But! I am not really fixed on sticking to the plan and a lot of times I make changes as the session progresses. I just flow with it.

TJ: A lot of the traditional macro photography is done with available light, how did you come by the idea of using artificial lights?

NB: It started as a need. Light is usually pretty scarce in macro photography, and I did not want to solely depend on natural light. To that, add the fact that I wanted to shoot indoors, at home. And there, light is really absent. I decided to let the |sun” into the house by using small strobes. The more I worked with them, the more I discovered how what a powerful tool they are and how many creative options they open up. With time, I added diffusers, light modifiers and hacks and refined my use of artificial lighting.

TJ: Can you run us through one of your BTS shots?

NB: sure, let take “Life On Mars”, which is higher on the post. Although it was a planned shoot, I was not really focused on how I want to shot it, and I encountered the first problem right in the beginning. 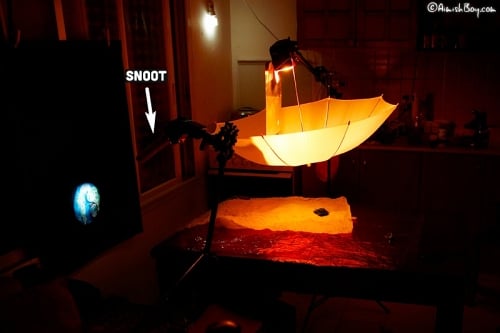 How can I make red sand? I went over the materials that I had available but could not find a material that had both the right color and the right sandy texture. What I ended up doing is taking “regular” white sand (as opposed to Martian sand) and gel the strobe with an orange gel that gave the whole scene a Martian atmosphere.

TJ: Is the fact that your subjects are so tiny makes them easier or harder to light?

NB: Overall I think it makes my life easier. Shooting tiny subjects does require more precision, but on the other hand, the smaller scale allows me to work with smaller and cheaper equipment, and light modifiers to get results that would have been really hard if I shot full scale models, like humans.

If you take a minute to think about proportions, you can grasp the full meaning of this. Let’s say that I am shooting a bug with a 33″ umbrella. I get beautiful wrapping light. To get the same effect on a full human body, I would need a fictional umbrella with the fantastic diameter of 200 feet. You know how many strobes I would need to light it? Or how many sand bags I would need to keep it from sailing away? In the next picture you can see how small is the mantis in comparison to the little umbrella. 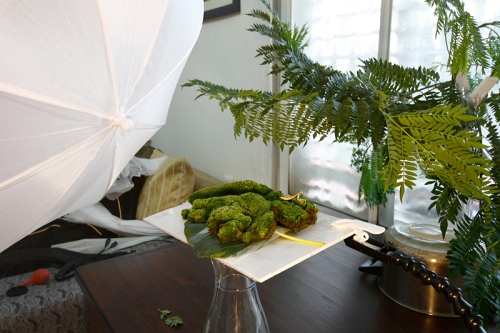 Another clear advantage is that it is relatively easy to position the small lights anywhere in space.

TJ: While on the subject, what are the strobes you use?

TJ: They are amazing, aren’t they?

NB: Totally! I just love working with them. Totally reliable and great value.

TJ: Did you ever bond with one of your subjects?

NB: it all depends on how long they stay in the plants on my porch! A lot of times there is a bond during the session (6 hours of one on one can do this to you) mostly with the bugs that cooperate, but usually the friendship is over when I let them go about their business :) 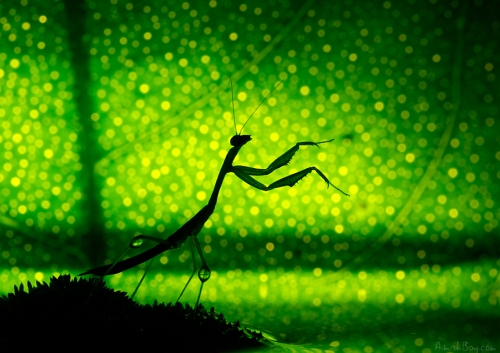 OK, there was this one mantis that stayed with at my plants for a long while and we used to play together. It turns out they will chase a laser beam just like cats. I even let him into the house when a crazy storm went outside so he would not drown.

TJ: If someone want to hang one of your photographs in the living room what should they do?

TJ: So, where would you like to go from here? 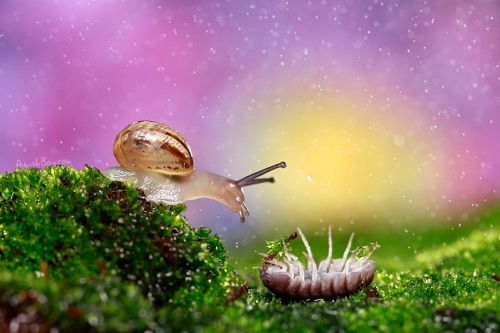 NB: There are a few options. I am considering an exhibition and I toyed with the idea of children book. And of course, I plan to keep shooting.

TJ: We can only wish you the best of luck and thank you for your time.

NB: Thank you!  feel free to ask questions in the comments

The importance of editing: see what La La Land would look like if directed by David Lynch