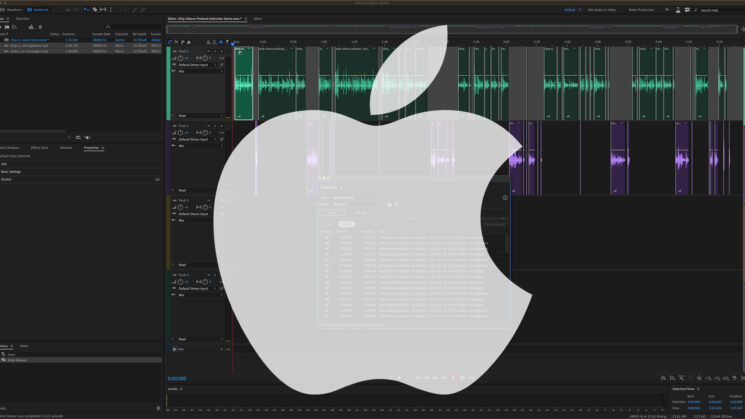 Adobe has just announced their May 2021 update for Adobe’s Creative Cloud, including new features for both Adobe Audition and Adobe Premiere Pro. Audition now sees native Apple M1 support, with improved performance for recording and mixing and a couple of very handy new features for stripping silence and monitoring loudness.

The new updates aren’t massive changes to either application – except for native Apple M1 support for Adobe Audition and all of the performance benefits that brings to Apple M1 users – but bring features that users have been long asking for.

Adobe Audition finally gets a “Strip Silence” feature that lets you quickly and easily identify and strip silence from your audio files, cleaning them up and saving storage space – there’s no point wasting hard drive space with nothing. Plus, it’ll save a lot of time in the edit if you don’t have to manually cut dead air out of podcasts, interviews, etc. 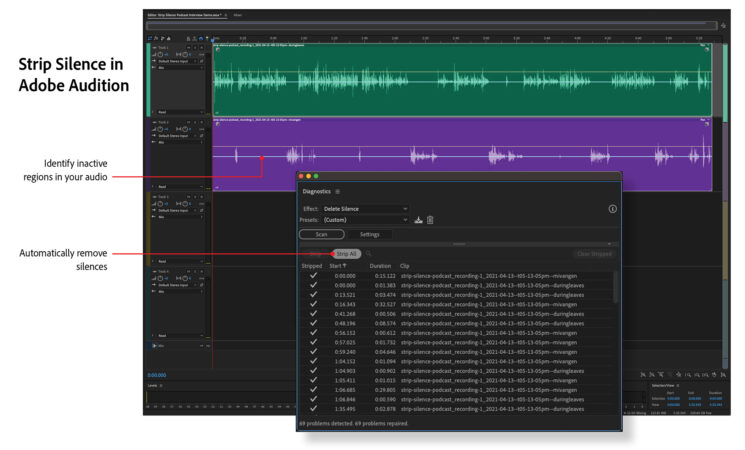 Audition also sees a new loudness meter to provide industry-standard ITU-based loudness monitoring for broadcast, podcast and streamed media content. It includes presets for broadcast standards in various regions around the world including online platforms such as Spotify, Apple Podcasts, Netflix and YouTube. No longer will people need to keep turning their TV up or down on your different videos in order to be able to hear what you’re saying without deafening themselves. 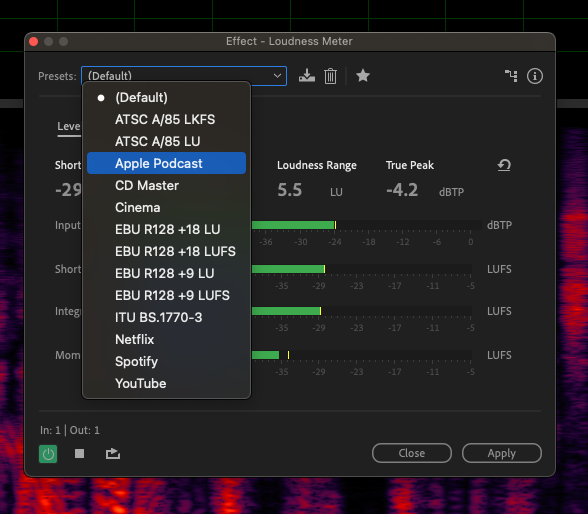 Premiere Pro CC also sees this new loudness meter, letting you do the same thing if you prefer to process your audio in there instead of Audition or just want to check that everything matches up the way it’s supposed to in your final edit. Captions workflow updates also come to Premiere Pro, including improved caption trimming and colour labelling.

The new Premiere Pro CC May update also brings colour and opacity gradient text to Premiere Pro CC. Previously part of the Legacy Titler Toolset, they’ve now been shifted over to the main titling tools. No longer do you need to deal with the old titler or create them in Photoshop and export out a transparent PNG to overlay on your footage. You can do it within Premiere Pro itself, with a lot of options for exactly how your gradients look. You can also save your designs for reuse as Styles or with animations as Motion Graphics templates. 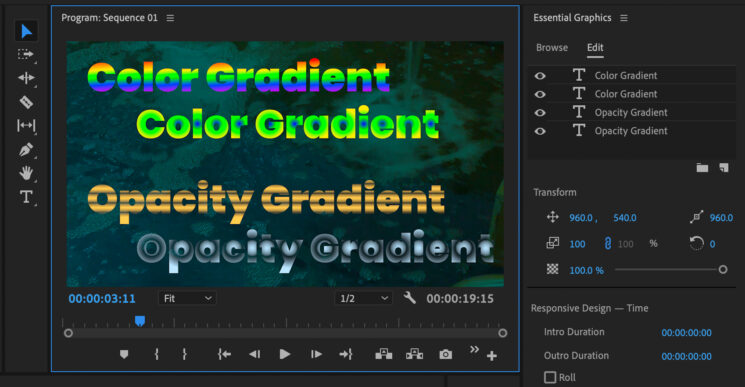 Finally, Premiere Pro CC also adds some performance and compatibility improvements bringing support for DirectX 12 on Windows instead of OpenGL (this is true with After Effects CC, too), providing improved stability and performance as well as support for HDR playback in Premiere Pro with HDR10-capable displays and a DirectX-compatible GPU.

Performance has also been improved for Canon XF HEVC footage, providing smoother playback, as well as speeding up scrubbing on the timeline and faster seeking.

The new updates are available to download now using your Adobe Creative Cloud desktop app. You can find out more about the updates to Audition here and Premiere Pro here.

« Why I believe it is ok to shoot for free
Nikon: “Everyone chill, more gear is coming soon” »