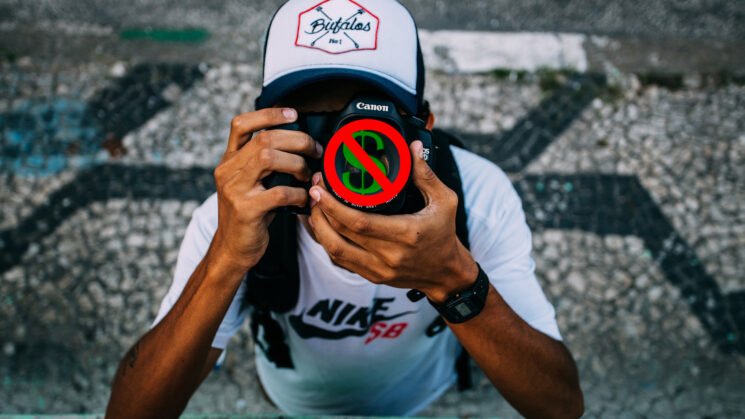 A photographer who has been a “pro” for going on five years now (part-time, of course, because he has a government job) loudly and rudely called me out for telling a new, non-published photographer to get the gig (unpaid) and knock it out of the park. This sort of gig rarely comes with compensation, and I will explain a bit below.

I think comparing a socially agreeable contract for making photos for free hardly qualifies to be compared to the outright horrors of slavery. Perhaps he doesn’t know any different. Perhaps he has no idea what slavery was. He obviously doesn’t understand equivalencies, but I will cut him some slack on that. He seems far too interested in proclaiming his ignorance for me to stand in the way.

Obviously, he stated, I have no idea of what the business is all about.

Here was my response:

What makes a difference is how we respond to the changes.

I have been doing this for over 50 years.

The changes I have witnessed firsthand and been through are staggeringly immense, full of controversy, filled with pain and humor and change.

The roots of our commercial photography only go back to mid 20th century. I wasn’t around when the announcement of the smaller camera size and how it would destroy the industry.

I wasn’t around when lights replaced flash powder, hence destroying the industry.

When roll-film was introduced, I still wasn’t around but it was destined to destroy the industry nonetheless.

Kodak offered to sell a camera that you used, sent into them, and received your prints in the mail with a new camera to repeat the process. Industry destroyed.

And digital… well, digital was going to wipe out photography and in the process destroy it.

It is all too predictable.

And there are lots of reasons having to do with the social animals we are.

But at this point, I am going to let them go for another time and focus only on the myth that shooting for free is going to destroy the industry.

In my early days as a fashion photographer, the best way to get your work in front of possible clients was to “test” models. Since the girls had far more opportunities to show their portfolios than the photographers did, there was a heavy competition to make sure our images were in their books. Testing rarely paid anything and if it did, it barely covered expenses.

We would essentially be working for free providing images to models and agencies that never spent a dime with us.

When I changed from beauty to commercial, the competition was in how killer your book and promo were. We spent thousands on Brewer Cantelmo books and Dye Transfer prints in order to impress some AD to give us a chance to shoot golf clubs.

And usually, that would pay the freight for the next big Workbook ad…

Or Blackbook ad, or regional sourcebook.

There was never a shortage of middlemen waiting to take our hard-earned dollars from us while supplying us with the dream of shooting huge accounts.

The local magazines were the only outlet that we could use to show creativity and they were both stiflingly pitiful and paid not a shit.

But a couple of covers for the local magazine could get you in the door to the agency handling the golf clubs. Editorial has always played that part.

Photographers would lose money in order to shoot those covers… because they brought prestige. An Interview cover would bring calls from ADs and editors wanting to shoot with you. For a month or two, anyway. A cover of Vogue meant the AD would be in when you called to show your book.
It was a game, perhaps – but one we all played.

I remember the waiting room of Interview was full of the top reps for the top photographers when I was there to show my work. On average a photographer would spend $600 – $1500 of their own money on the cover shot that paid $300.

Some people think that was foolish. It was not foolish at all.

It was an investment.

I believe the only way a photographer can be seen is to BE SEEN.

You have to make images that someone somewhere likes or you are just another wannabee nobody who is untested and without credibility.

I had a very hard time starting out in Phoenix as a “fashion photographer”… heh, good times… but when I got to New York, my scrappiness paid off. I had already learned the game, and how to PR my work from a free gig to a paid gig. I had to be nimble enough to recognize the opportunity that lay three weeks or three months out rather than the immediate need for, well, food and stuff.

These days we live in a perpetual world of free.

We can pretend that doesn’t exist, but it does.

We can be angry that it does, but it will continue for the foreseeable future.

However, we also know that many fortunes are being made by creating value, creating an audience, creating a community with little to no immediate rewards evident.

The question of whether we will have to work for free in order to prove we can do the work has already been answered. We may not like it, but it is what it is. The true challenge is to understand how to USE that work done for “access” instead of seeing it as a simple transaction. We are artists, and art is not a simple transaction.

Knowing the difference between being exploited and having an opportunity makes all the difference in the world in whether you should or should not take an unpaid assignment.

Understanding the value of an image beyond a transactional fee is paramount in creating a creative business that people want to engage with.

Writers get contracts from their publishing on Medium – where they publish their writings for free.

Traditional musicians are starving while Lindsey Sterling and Peter Hollens have built multi-million dollar businesses from free Youtube videos. And neither are even interested in the traditional “labels” that were so coveted in years gone by.

Artists put out tons of content in order to rank higher in Google.

It is certainly not the marketing world I ‘grew up in. But it is the one we have before us. And we have to decide to swim with or against the current.

I know far too many grouchy old dudes who sit around pissing about the way things used to be, and how the good old days were this or that. And I find that boring AF. We are here today.

However, I am fully aware some do not see eye to eye with me and I am totally fine with it. I work with hundreds of photographers, and those who have adopted my methods are working and even worked all through the Pandemic.

If you want to achieve something big, give it away and the rewards will materialize. The biggest challenge is to see them when they do. And that takes work, effort, and a willingness to challenge the so-called rules.

Explain the gig that was offered:
A TV production team is doing a pilot series and needs a photographer to be ON SCREEN. There is no pay involved as they are at the beginning. Not for the photographers or several other folks that would be working on the set. Yes, there is an audition for the photographer.

Personally, I would be all over a chance to be on television DOING MY THING and having other ‘trusted influencers” gushing over it.

I think I may have a few PR moments to share.. ya know. 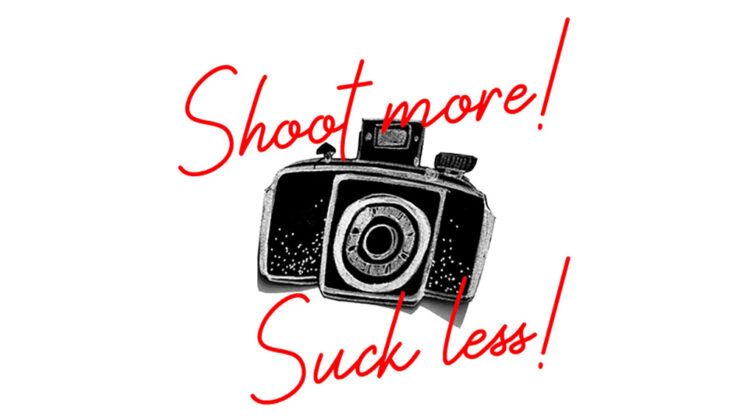 Don Giannatti is a photographer, writer, mentor, and avid motorcyclist. He is currently based in Phoenix, AZ, but has owned studios in several cities across the US. He has also been a guest instructor on CreativeLive. For more of Don’s work, make sure to check out his website, Instagram, and YouTube channel.

Believe It Or Not: The 3 Deadly Photography Sins