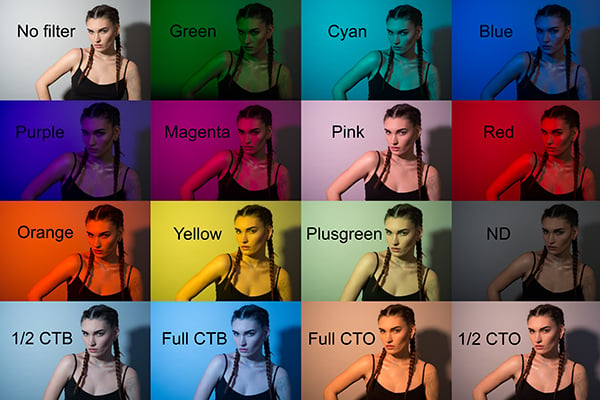 I started playing the Rosco Photo Gel kit about a week ago, and after a few tests I can say I really love all those awesome colors. Hit the jump for 8 lighting setups using gels

before diving into how I used it, let’s do a quick content overview, it includes 20 square sheets of 30x48cm with color corrections gels (CTO, CTB, ND etc…) and other different colors, all of it in a really well protected with a resealable packaging.

My first test was to try every gel on right on skin so I could see what the colors rendered on a person, you can see the result on the lead image at the top of the post. (Thanks to Morgane for being so patient as I retook the same photo over and over again)

After playing for about half an hour, tapping different gels on my reflector dish with some Gaffer, I started to work on my first image.

Since I had a very small room to work in, I kept to a simple, 3 lights sources, portrait setup using one reflector and two gels: blue and magenta.

The second test with Morgane helped me better understand how to use the color correction gels, specifically the CTO and CTB gels.

Photograph #3 – CTO outside of the studio 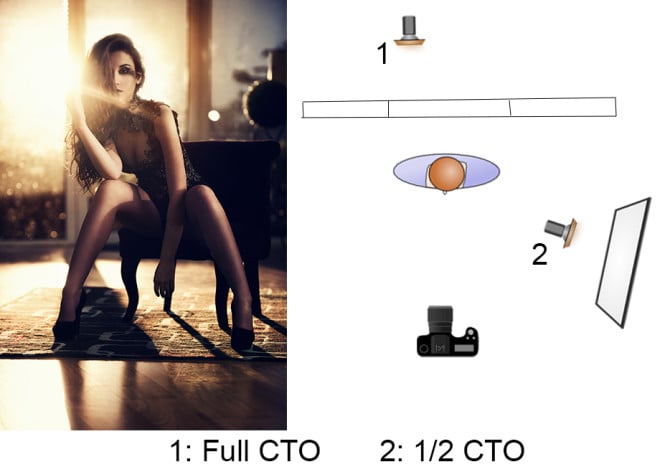 For this image I used the CTO to ‘recreate’ a sunset.

There was no sun that day, and I really wanted a sun in my photo. I figured I could create a nice sunset with a flash and a reflector dish.

Let’s move on the my favorite gel, the Cyan !

I really love this color, it gives a dark and cold mood that is really nice

The mix with the CTO is perfect to me, for this image I installed a Stripbox at 45° with the cyan, and a square softbox with a 1/2 CTO filter.

Using the same colors but a different lightning we can have a soft render, here the cyan reflects on a white wall and a reflector is added under the model.

Photograph #6 – Let’s go outside for a surreal shot

Here there’s another « wonderland » picture with only one cyan gel on a speedlight.

This image was a bit complicated to set up, but here the gel is very important cause without it the image would lose a lot of sense and credibility.

Just like the CTO example above, the gels allows to create some strong moods by using selective lighting 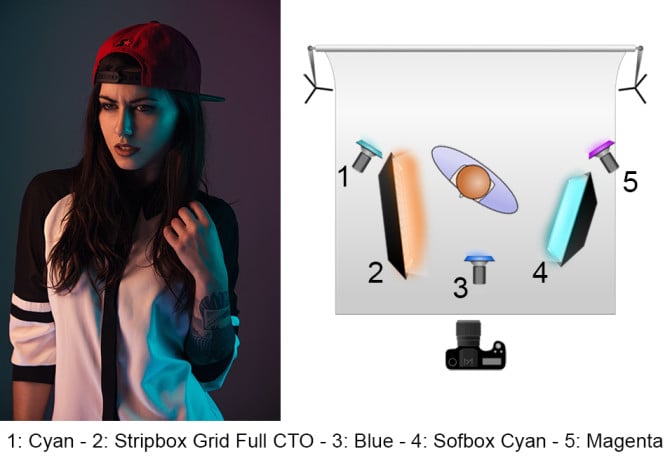 In this photo, I used five different light sources each of them with different gels.

Last technique with the colors, the long exposure !

I tuned the modeling light on the cyan-gelled strobe so it gives out continuous light, while the other two strobes were used in the conventional way.

This concludes my tests with the Rosco Photo Gel kit, I really hope you enjoyed it and that it will make you wanna try adding some colors in your next pictures.