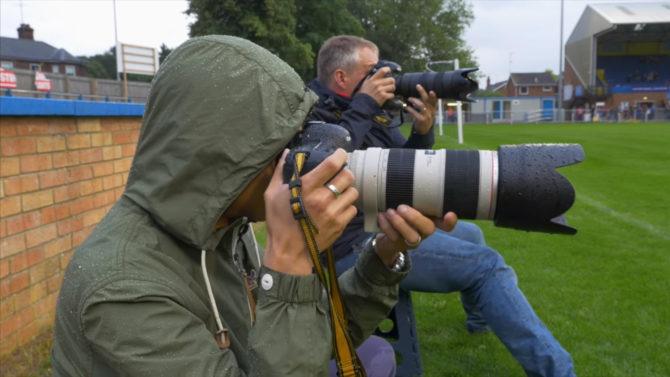 There was a time when the Nikon 70-200mm f/2.8VR was the lens I used most often. I was mostly shooting portraits on location. Once I started moving toward the studio and to animals, I opened up my options. So, a 50mm and 105mm macro suddenly became my go-to glass.

Now, I’m getting back out on location and find myself using a 70-200mm more often again. I did miss it and I’ll never get rid of it, although I may still neglect it occasionally. In this video from DigitalRev, Kai gives us his 5 reasons why everybody should have one.

It absolutely is. I’ve used mine in all kinds of different weather conditions. Through rain, snow, sleet or sunshine, it just keeps on working flawlessly. Whether you shoot Nikon or Canon, you really can’t go wrong with a 70-200.

Of course, there are several different versions from both manufacturers. There’s the highest end f/2.8s and there’s slightly less expensive f/4 versions. Weather sealing, speed and other features will vary, but they’re all solid lenses if you can work within their limitations.

This one’s probably going to split opinions. It’s also going to depend on whether you’re using a full frame body or a crop.

Personally, I prefer to use the 70-200 on a Nikon DX crop body. At 70mm, it gives me the same field of view as a 105mm lens on a full frame. For me, this is a perfect portrait length. When I shoot full frame or film, I usually use the 105mm f/2.8D AF Micro-Nikkor for portraits. I do get slightly more depth of field at 70mm on the crop, but not enough that it’s a problem.

It might not be wide enough for some, but it doesn’t have to be your only lens. For me, it’s mostly perfect. I just prefer the look longer lenses provide.

The 50mm and 105mm I mentioned above are both great lenses for me. I’m usually using them stopped down to give more depth of field anyway, so they’re good and sharp. They both, however share the same fatal flaw. They’re slow to autofocus and not very responsive.

The 70-200mm lenses are lightning fast. At least, the Nikon 70-200mm f/2.8VRII and its predecessor are. Part of my problem is that I’m using the “D AF” versions of the 50mm and 105mm. However, I’ve found that the more recent “G AF-S” versions really aren’t that much faster.

This is another one that’s going to split opinion. The 70-200mm f/2.8 lenses are heavy compared to lower end consumer zooms. They’re also heavier than the 70-200mm f/4 options. They’re still really not that heavy, though. Sure, you may not be able to carry it all day, but nobody’s saying you have to.

Getting handheld shots with a 70-200mm f/2.8 is easy. I actually find the extra weight gives me more stability over lighter weight zooms when handholding. Even the original VR I’ve handheld 200mm on a crop body as slow as 1/30th of a second. It takes some practise, but they will shoot this slow handheld without camera shake.

Without VR/IS, or if you want to freeze action, you’re going to need faster shutter speeds. It’s still not uncomfortable to hold, though. If you don’t fancy lugging f/2.8 weight around all day, you can always go for a less expensive f/4.

Again, this is something that can’t be beat, at least with Nikon and Canon. Historically, 3rd party 70-200mm f/2.8 image quality hasn’t always been the greatest. Lately, Tamron at least, seem to have gotten caught up. I’ve heard good things about the most recent Sigma 70-200mm, although I haven’t tried it myself. When I put the previous generation Sigma against my Nikon, I wasn’t impressed at all. 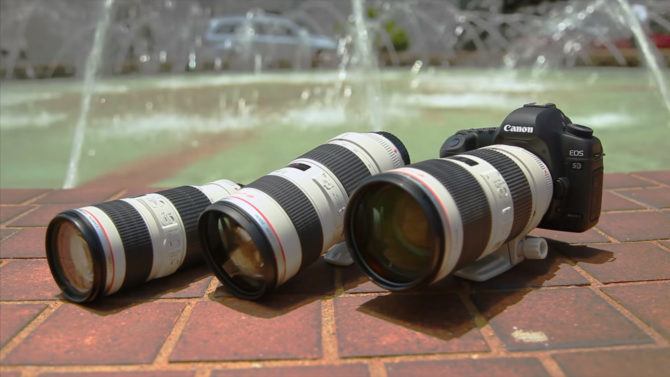 So, what options are available? Well, these are the current models for the main brands.

For third parties, you’ve basically got Sigma and Tamron as the main competitors.

Do I agree with Kai that everybody should get one? Yes and no. It depends on several things, not least of which is your budget. If you can afford one and want it, then go for it, you won’t be disappointed.

I think if you need this focal range, you should absolutely get one over the less expensive “kit zoom” alternatives. The build quality, at least with Nikon & Canon, is second to none. They’ll last a lifetime and their performance and reliability saves you so much time and hassle.

Do you have a 70-200mm f/2.8 or f/4? If so, which? What do you love about it? What do you hate? Which other lenses would you recommend everybody should own? Let us know in the comments.

8 Reasons Why You Need A Prime Lens