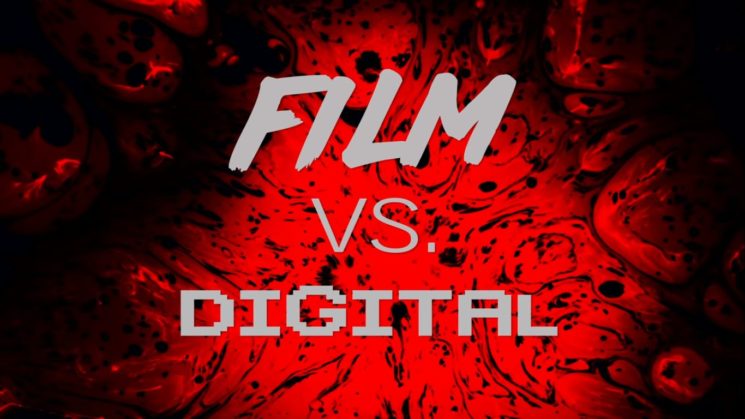 Although it has been a while since digital cameras took over the market, some photographers still prefer shooting film. But is shooting film really worth the money, time and effort you put into it? How different it really is from shooting digital? In this video from Shutterstock, Logan Baker compares 35mm and medium format film with a full frame mirrorless camera to show you how they compare.

For the comparisons, Logan uses a Kodak Portra 400 film for his Pentax K1000 (35mm) and Mamiya 645 (medium format) cameras. As for the digital, he uses a Sony A7sII. He scans the negatives on the Epson V600 and compares them to the digital images taken with the full frame mirrorless camera.

In the video, Logan puts the cameras to different tests. He wanted to see how they perform in bright daylight, how they render skin tones, and how good they are for taking long exposure photos at night.

When it comes to shooting portraits in bright daylight, you can see the differences between the images. For example, the saturation is higher in film photos, while the colors in the digital images are rather flat. On the other hand, the contrast is higher in digital photos, while it’s lower in those taken with film. I can’t say one look is better than the other – it all depends on your preferences and what look you want to achieve.

Shooting in the bright sunlight gave Logan an idea how each of the cameras handles highlights. The medium format is a clear winner, considering that it’s the only image that retained quite a lot of detail in the bright areas. And as for shooting long exposure images in low-light, Logan rules in favor of the digital sensor. He points out that it handles the low-light situation and the colors better than film cameras.

Of course, there are a lot of factors that could affect the results, and none of this is set in stone. Logan doesn’t refer to any of the cameras as “the best” solution, but it’s all a matter of preference. Personally, I usually go with the digital because it’s easier and more convenient. But from time to time, I also shoot film because of the unique look and the excitement I feel while I wait for it to get developed.

Make sure to watch the video, and you can read more and see the images on the Shutterstock blog. And tell us, do you think shooting film is still worth it in the digital era?