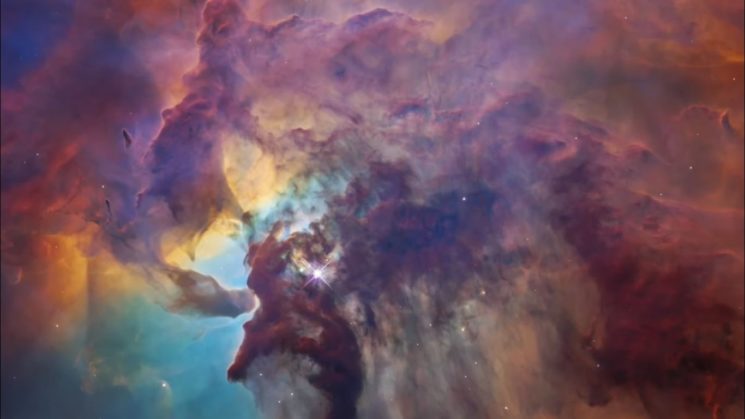 It’s been 28 years since NASA’s Hubble telescope started delivering stunning views of the universe. To celebrate its birthday, NASA has released a fascinating video that takes you through the Lagoon Nebula, located in the constellation Sagittarius. Zooming in the Hubble Telescope footage reveals breathtaking views, full of magical colors and sights. So, play the video and let the journey begin.

Over these 28 years, Hubble Telescope has made more than 1.5 million observations of more than 43,500 celestial objects, NASA writes. This particular video shows the observations taken by Hubble’s Wide Field Camera 3 between 12 and 18 February 2018. The Lagoon Nebula is located 4,000 light-years away from us. As NASA explains, this particular image shows a region of the nebula measuring about 4 light-years across.

At the center of the photo, there’s a “monster young star 200,000 times brighter than our Sun.” This star is emitting strong ultraviolet radiation and hurricane-like stellar winds, “carving out a fantasy landscape of ridges, cavities, and mountains of gas and dust.” 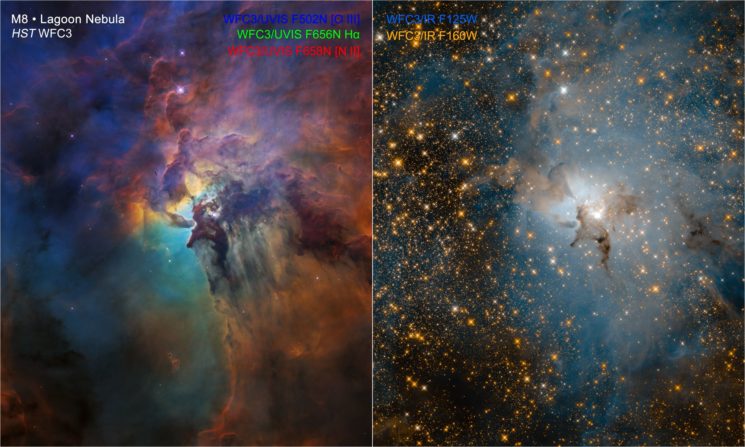 “These NASA Hubble Space Telescope images compare two diverse views of the roiling heart of a vast stellar nursery, known as the Lagoon Nebula. The images, one taken in visible and the other in infrared light, celebrate Hubble’s 28th anniversary in space.”
Credits: NASA, ESA, and STScI

If you’d like to read more about this stunning image and the constellation it shows, visit NASA’s website here and here, and Hubble Space Telescope website. Make sure to watch the video in full screen, and although the original music is nice, I suggest you play this while you’re watching. ; )

« How altering the look of your black and whites can change its mood and feeling
Meyer-Optik Goerlitz announces their 75mm. F0.95 Nocturnus Lens, the ‘world’s fastest’ »