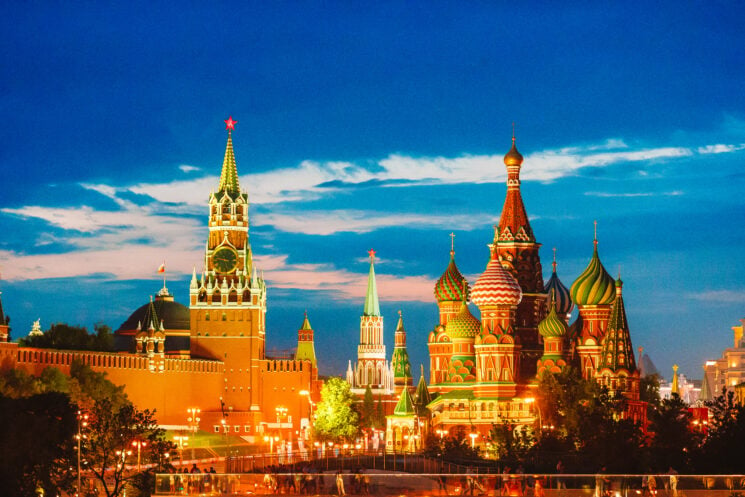 Young people in Russia have been jailed for posting sexually suggestive images of themselves online in front of well-known landmarks. The people targeted have been mostly women.

There have been reports of at least 4 cases in the past week where police have investigated, detained, or jailed young people for posting indecent images of themselves in front of the Kremlin walls, St. Basil’s Cathedral, St. Isaac’s Cathedral in St. Petersberg, and next to an ‘eternal flame’ commemorating the history of the 2nd world war.

One young couple was jailed for 10 months for “insulting believers’ feelings” by taking an image suggestive of oral sex outside the famous domes of Moscow’s St. Basil’s Cathedral. Blogger Ruslan Bobiev and his girlfriend, influencer Anastasia Chistova staged a photoshoot that showed her on her knees in front of the cathedral wearing a police jacket. This was apparently the first time that such charges have led to actual jail time, though not the first time that Bobiev has posted provocative content, allegedly deliberately starting fights in public and filming them. After the hearing last week Bobiev has subsequently been ordered to be deported back to his native Tajikistan.

Cases that date back to August have seen women detained for flashing bare breasts and buttocks in front of monuments and landmarks, although many of whom protest their innocence stating that they were not responsible for the images being posted online. Last week a model was compelled to publicly apologise for a 3-year-old photograph of herself kissing another woman in front of the Eternal Flame monument saying that “it was made without the goal to offend or defile”.

Most of the recent cases are not politicised and are being reported by conservative activists who are policing social networks and then reporting it to the police.

Russia is filming the first-ever movie onboard the ISS