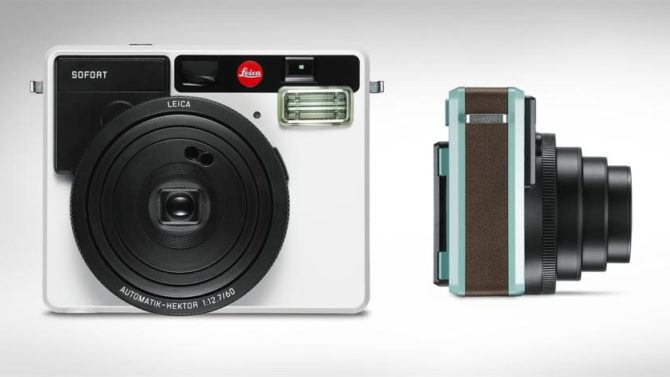 Despite doing everything possible to kill off analogue photography, Fuji have done wonders for instant film. The trend has seen a resurgence in recent years, becoming extremely popular. This has not gone unnoticed, especially by Leica.

Leica have now announced that they’re producing their own instant film camera, the SOFORT (German for “instant”). IT is being released with both colour and “warm shade of cream” monochrome film packs. It’s an interesting move for Leica, I think. It’s certainly very different from their other offerings. Leica say that the SOFORT differs from other instant cameras in a several key aspects.

The Leica SOFORT differs from other instant cameras in a number of essential aspects: the unmistakeable styling and look were developed especially for the camera by the Leica design team, and a choice of colours in orange, white and mint reflect the light-hearted fun and fascination of instant photography.

I have to admit, having your own design isn’t really the first thing I think of when it comes to the advantages of one camera over another. I mean, doesn’t every company have their own design that’s a bit different from everybody else’s?

The SOFORT does have a few tricks up its sleeve, though.

In automatic mode, the Leica SOFORT takes advantage of available natural light for as long as possible without triggering the integrated flash. This results in pictures with a much more authentic and natural look.

Holding off on using the flash if it detects bright enough conditions is useful. It sure beats having to put gaffer tape over the flash to prevent it lighting your subject. It’ll also save on battery life. Gaffer tape may stop it affecting your shot, but it doesn’t stop it going off.

The flash can also be completely disabled manually, if desired.

It also offers several different… well, “scene modes” I guess, depending on what you’re shooting.

In addition to the modes Automatic, Party & People, Sport & Action, Macro and creative programmes for multiple and time exposures, the Leica Sofort also offers a mode for self-portraits and a self-timer with two different delays.

These scene modes allow the camera to automatically adapt the exposure and aperture to what you wish to capture. Multiple exposures sure makes it sound like they want folks to get a little creative with the SOFORT. 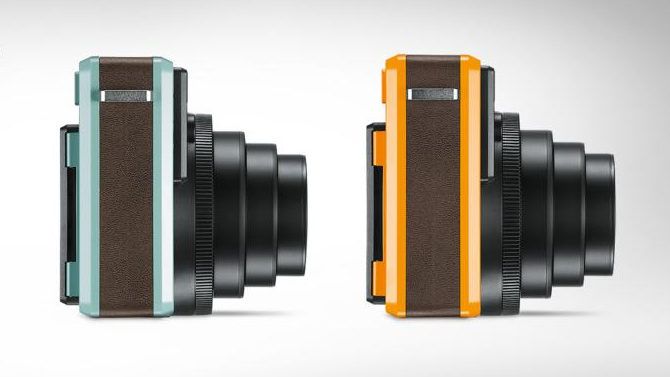 The focusing distance can be manually controlled, letting you adjust between distant and close up shots quickly. For the particularly narcissistic hipster, there’s also a small mirror on the front of the camera for shooting instant selfies.

Leica say that they will offer a “comprehensive range of accessories for both the camera and its pictures”. There’s “postcards” which feature different designs on which to shoot your photo. There’s the “Leica SOFORT Photo Presenter” which “can be filled with photos and placed on a flat surface as a decorative object”. Presumably this is some kind of desktop picture frame.

There’s also a Leica SOFORT Photo Album, and finally, Leica SOFORT Storage Boxes. The boxes are available in the same colours as the cameras so you can have everything match.

The SOFORT (and the storage boxes) can be pre-ordered now in white, orange or mint for $299. Colour film packs of 10 exposures ($13), and double packs of 20 exposures ($22) will also be available. Monochrome film will only be available in 10 exposure packs ($16). Delivery begins in November 2016.

Leica will be giving the SOFORT its first public outing at Photokina next week, so we’ll be sure to have a play and let you know what we think.

What do you think? Are you a Leica fan who’s wanted to jump into instant film? Or are you an instant film addict who’s always wanted to own a Leica? Will you be getting your hands on one of these? Let us know in the comments.