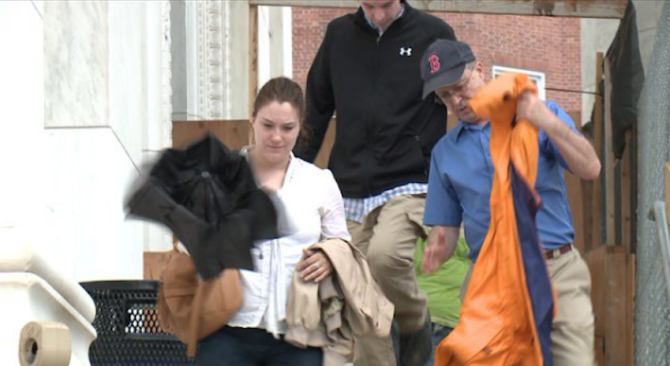 Last month, a video was uploaded online by 17 year-old Austin Haughwout, showing the assault carried out on him by 23 year-old Andrea Mears after she saw him using a quadcopter at a beach. After assaulting him, she lies to the police that arrive on the scene by claiming that he attacked her. Police chose not to arrest Austin only when he showed them that he has video evidence.

Andrea faced up to one year in jail with the charges brought against her. Last Wednesday, she was instead granted Accelerated Rehabilitation, and put two years of probation.

Because she was a first-time offender, Andrea was eligible for a special kind of probation that’ll basically allow all charges against her to be cleared if she stays clear of trouble for her two year probation. When asked for his thoughts, Austin saw it as a “slap on the wrist”, adding on that “If it had been a male that had assaulted a female, the punishment would have been much more severe”.

When I wrote about this back when the video surfaced, I gave my thoughts on how gender roles came into play in this scenario. I didn’t know until now that the kid being attacked was only seventeen, which really makes me question the court’s decision. I can buy that a woman who aggressively beat someone and then compulsively lied about it needs mental help, and that these guys will help her get that help. But I can’t buy that they still wouldn’t give her any actual sort of punishment after it was proven that she assaulted a minor.

You guys had a lot to say about this back when it happened. What are your thoughts on it now that we know its conclusion?

« Fotodiox Excell+1 And Metabones Speedboosters Compared; Lead Is Pretty Obvious
Photos Of A Soviet Union That Once Was »