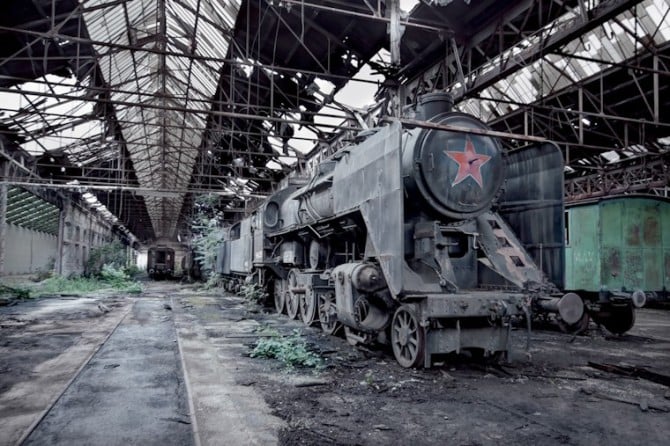 Fine art photographer Rebecca Litchfield was commissioned earlier this year to photograph the abandoned buildings of the former Soviet Union and its Satellite states. In a long trip spanning over 10 countries and a year of many individual trips, Rebecca shot buildings in Eastern Europe, The Baltic’s, Ukraine and Russia.

This was not a random roaming around, Rebecca shares her goals which were pretty specific, while leaving space for creative freedom.

My aim with the book was to capture the crumbling empire of the former Soviet Union, before it is gone completely. The title Soviet Ghost comes from the ghosts and stories that are left behind after the collapse of the Soviet Union. The former USSR was once a living, breathing place, but with the fall of a Communism, places now lie’s derelict, uninhabited, broken shells of a forgotten time. The collapse of the Soviet Union left haunting memories of ordinary people who once lived and worked there 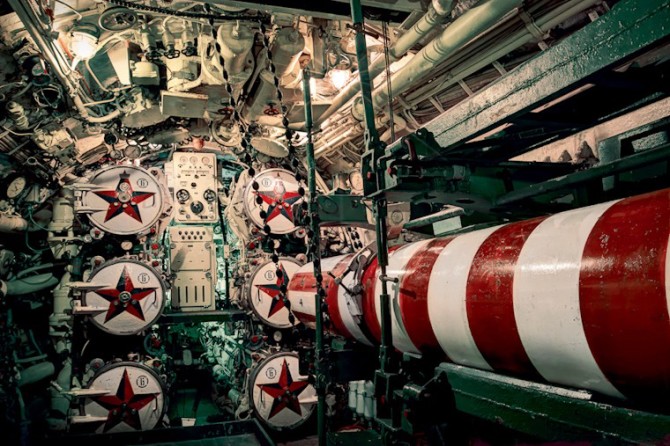 The tour had visits to forgotten towns, factories, prisons, schools, monuments, hospitals, theaters, military complexes, asylums & death camps, even one a Soviet submarine. locations were not easy to find but extensive research got Rebecca on some of the most interesting places to shoot

After a year of capturing abandoned buildings in the UK and Belgium, I decided I wanted to make a book, but this kind of book had already been done before, so I wanted to find something different that hadn’t been done before. It was a trip to Chernobyl, Ukraine that sparked my interest in the Soviet Union and with a collapse of such a huge empire, it was clear there would be a lot of abandoned buildings left behind and I made it my challenge to find them. So I searched for places around the former Soviet Union and its satellite states that had some kind of Soviet History, whether the Soviets had been there forever or even just a hint of there presence. It was important for me to capture all of this history 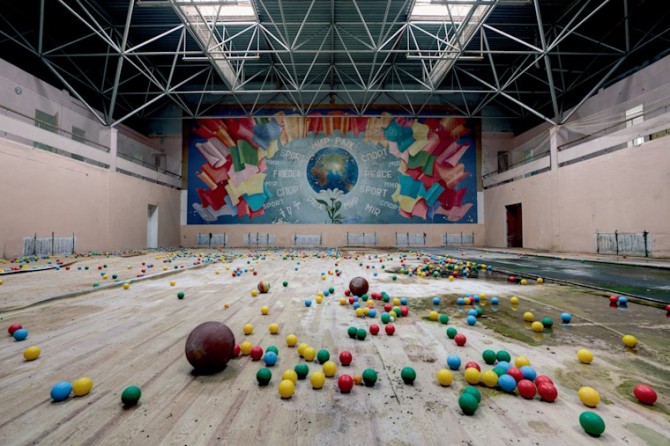 Rebecca shares with See Me that while the places are mostly abandoned and certainly have an eerie feeling to the, she was not afraid.

I think as humans we are curious about things we don’t recognise or are familiar with, there is true beauty in things that are decayed, I guess its the poetry that sings to us of nature claiming back what once was. After the exciting challenge of getting into the buildings my breathe is often taken away when I enter a world that is untouched by humans for so long. The textures and smells are unusual to normal life. Its this lack of humans in the space for so long that makes these places so eery, your imagination is set on fire by what the people once where like in the places and what they used to do there and then why are they no longer there.

I don’t find these places scary in anyway, in fact I feel safer in a place untouched by humans where only nature prevails then in the really bustling, hectic world where humans rush around in the chaos that is life. When in abandoned buildings I feel relaxed and I turn off from the stresses of everyday life.

Some people ask me if I am fearful of ghosts or bad people being in the buildings but I guess I just dont feel this, when I enter a building I turn off to emotions like that and I all I can think about is creating images. I want to capture the beauty I see and feel in that photo, technically I want to capture the scene as best as I can so I take a series of 5 exposures to make sure I capture all the lights an dark in the scene and then I will manually combine them later in photoshop to create a perfectly exposed shot. But creatively I want to make the viewer feel how I felt while in the space. The things we hone in on are things with emotional attachment or just something that looks so beautiful we couldn’t have ever imagined it, these are the things I search for and hope to capture to show people, through these images I want to breathe life back into these forgotten places.

If you enjoy this kind of photography, you can order Soviet Ghosts, or follow Rebecca on Social media (facebook, and blog), for more of this wonderful photography. 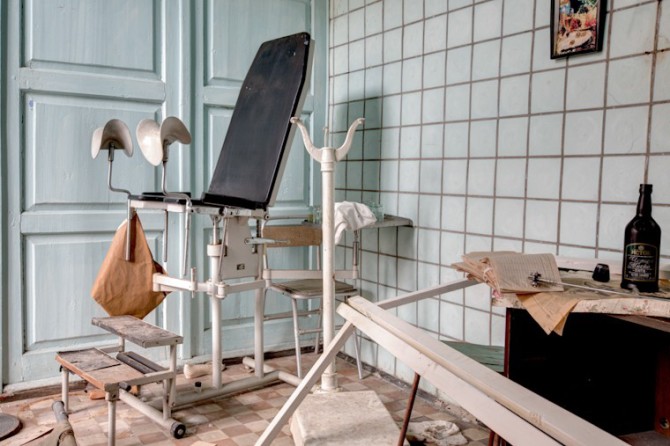 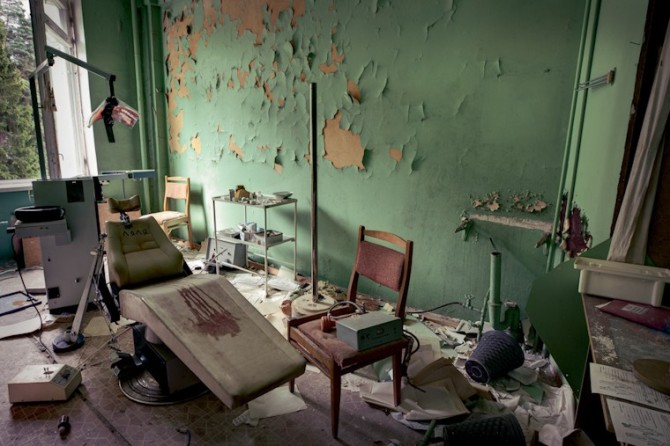 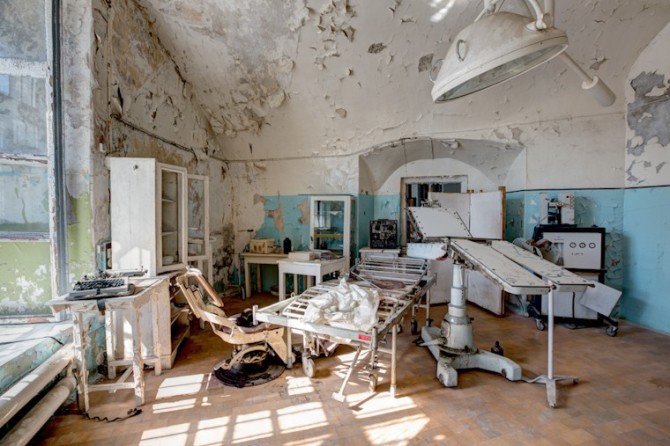 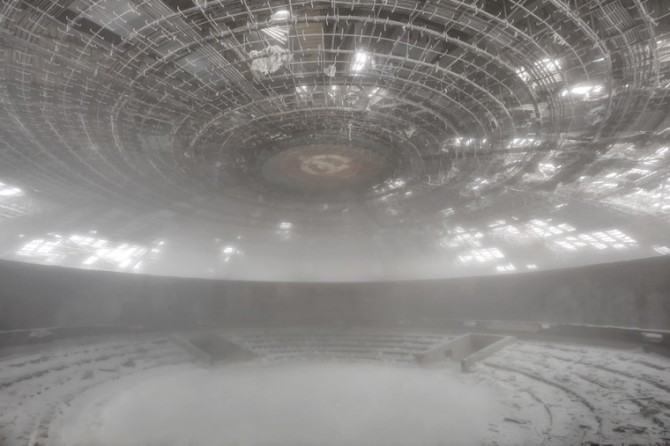 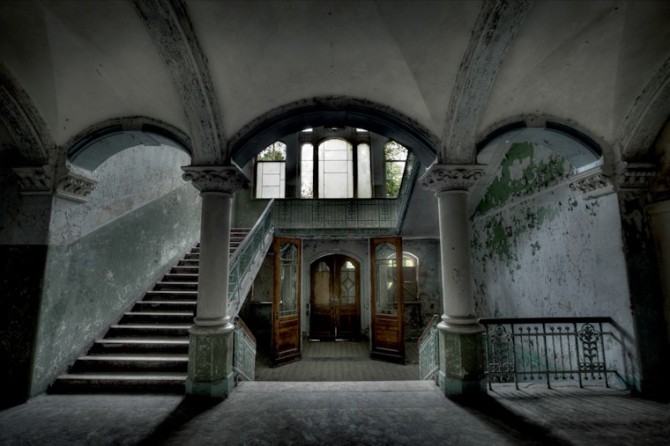 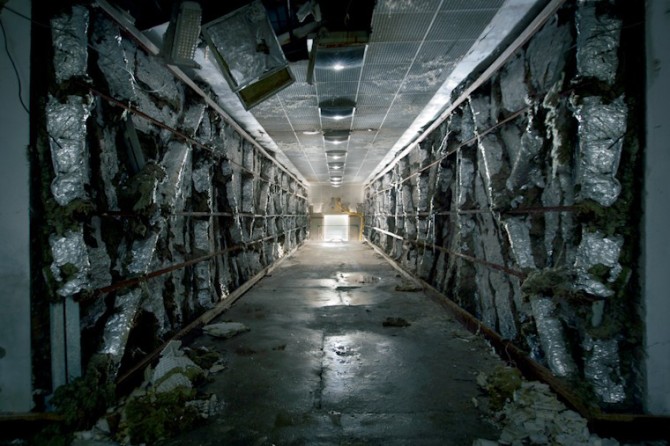 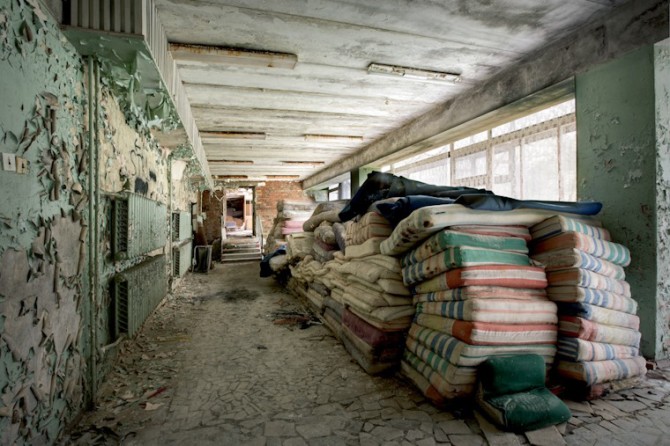 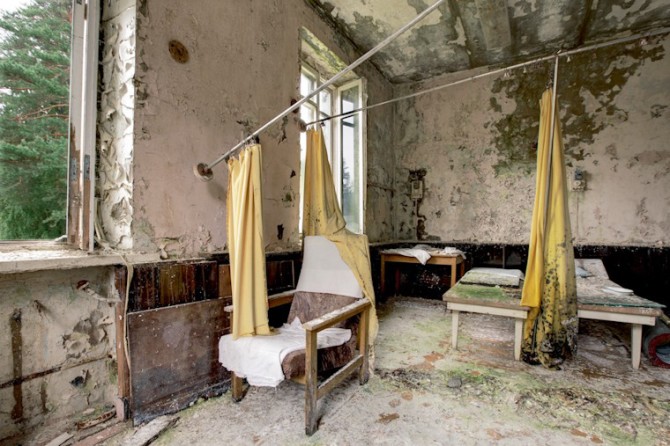 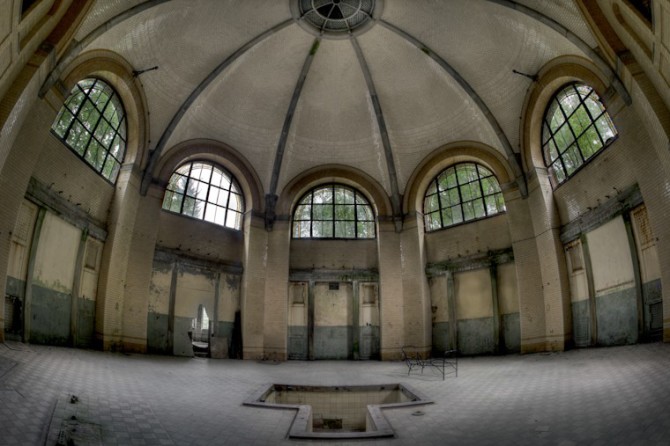 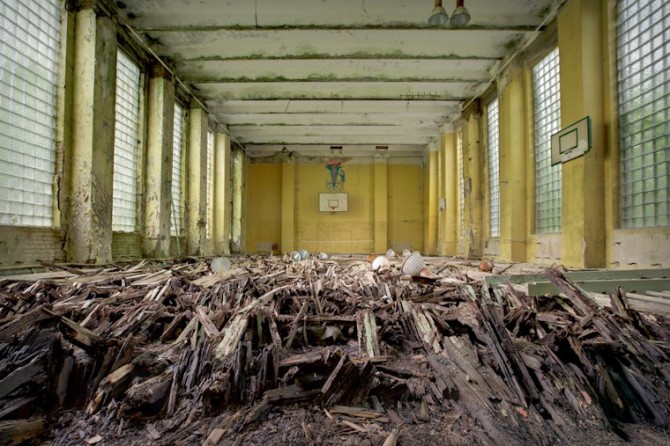 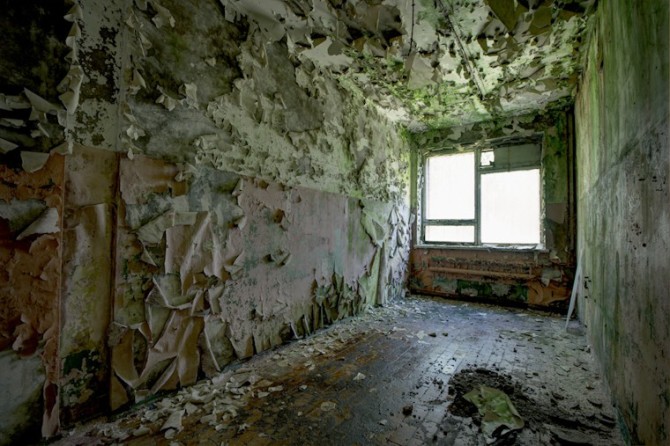 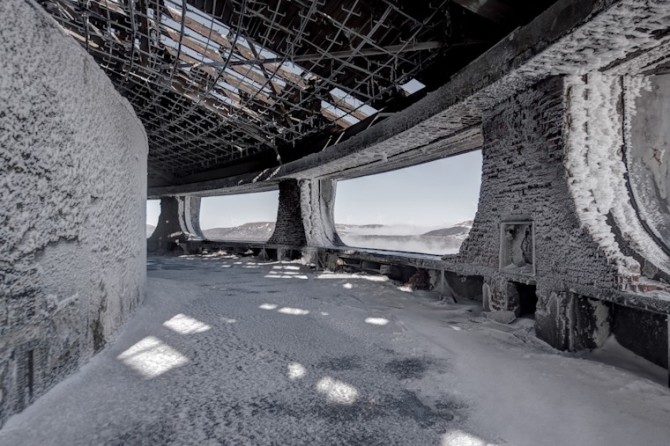 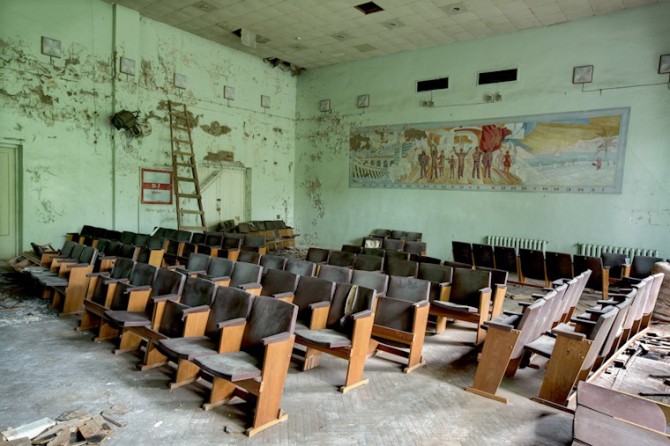 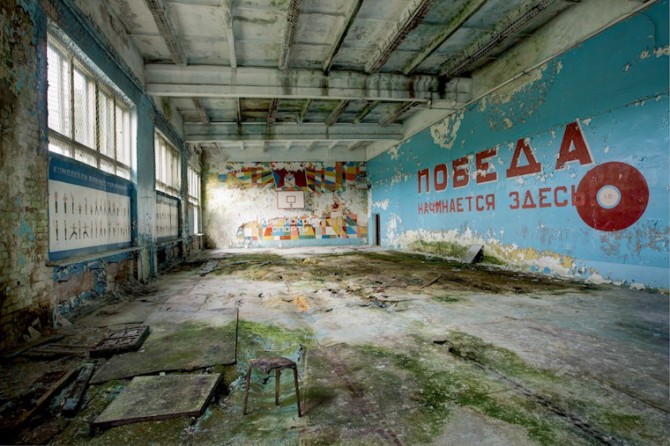 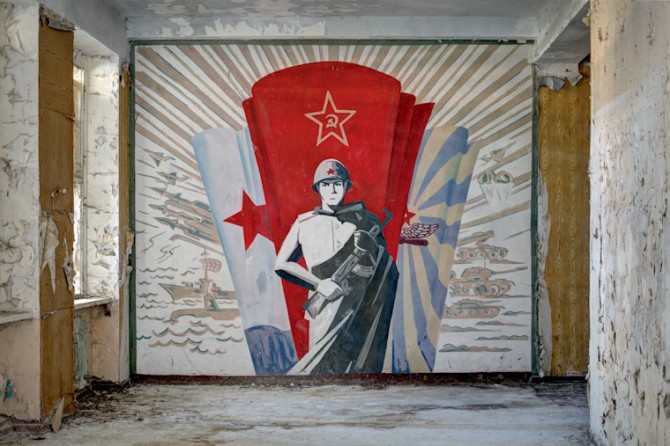 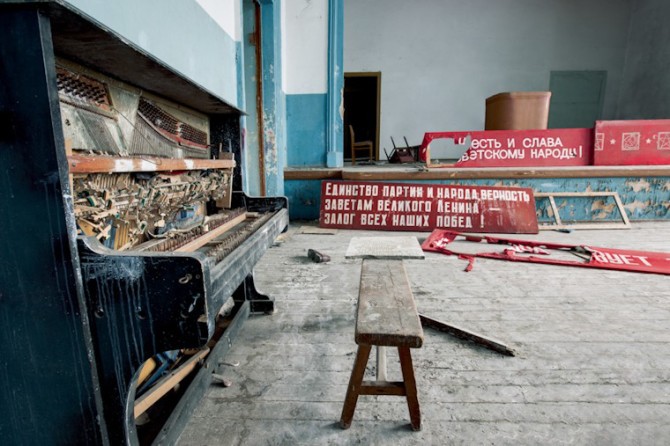 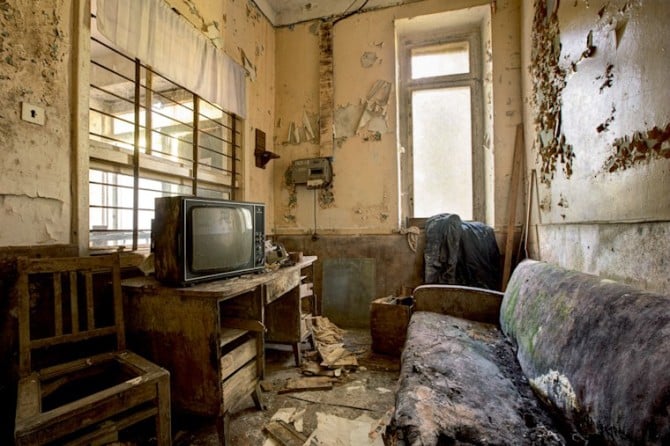 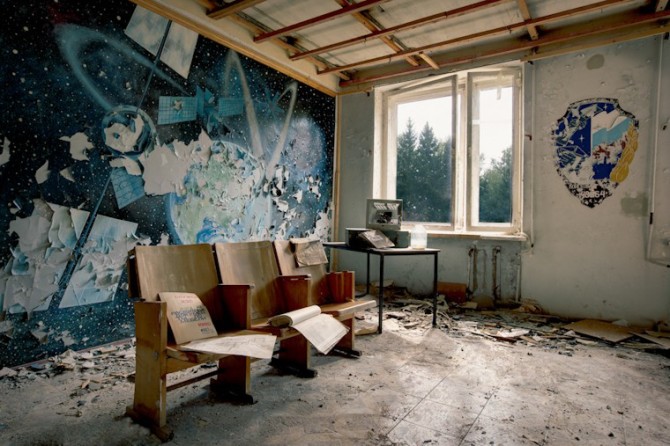 NASA just shared photos of an exploding meteor, and it equals to ten atomic bombs going off at once

This old Soviet camera cost £4 at a London flea market