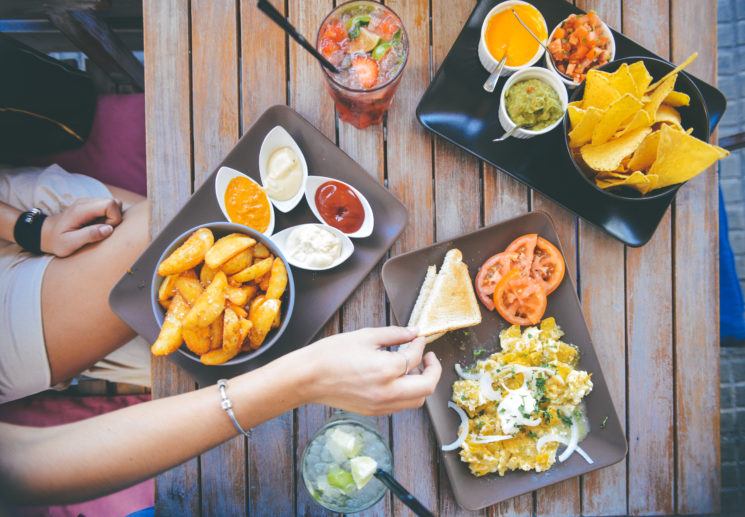 Dear photographers, please always have people sign model releases if you plan to sell photos of them. Let this recent lawsuit against Chipotle Mexican Grill can be a reminder for you.

Leah Caldwell was enjoying her meal at a Chipotle restaurant in 2006 when a photographer Steve Adams took a photo of her. She didn’t know he was shooting. As she was leaving the restaurant, Steve asked her to sign a release, which she refused. What the photographer and Chipotle did later was unethical and illegal. And it eventually ended up pretty harmful for them.

Even though Leah had refused to sign the release, Steve sold the photo to Chipotle. They photoshopped in an alcoholic drink, and started using the photo for advertising purposes.

Caldwell didn’t sue the reastaurant right away, and you may wonder why. The reason is that she hadn’t realized they were using the photo until 2014. From then on, she saw her photo on several occasions in Chipotle’s advertising material, and now she’s finally decided fo file a lawsuit. It names both Chipotle founder Steve Ellis and the photographer Steve Adams as defendants. And Caldwell believes she’s entitled to whopping 2.2 billion dollars! $2,237,633,000 to be precise. Frankly, I wonder why she didn’t sue them in 2014 when she realized they were using the photo. But I think her logic behind this whole event explains it all.

Because ten years have passed since the photo was taken, Caldwell believes this is the amount of money Chipotle made from the use of the photo between 2006 and 2015. And it seems this wasn’t enough for her. Once Chipotle made their 2016 profits public, she wanted that amount to be added to the total as well. It seems she thinks Chipotle owes her photo all the profits they made over ten years’ time.

Now, I wouldn’t like someone to snap my photo while I’m eating. I especially wouldn’t like them to use it for advertising. Although, honestly, I don’t think a photo of me eating would increase anyone’s appetite. So I do understand Caldwell for being angry and filing a lawsuit. In her place, I may even do the same. On the other hand, I think the amount she’s asking is insane. And it’s a bit fishy she filed a lawsuit after so much time.

What would you do in Caldwell’s place? Do you think she’s right? Tell us in the comments.