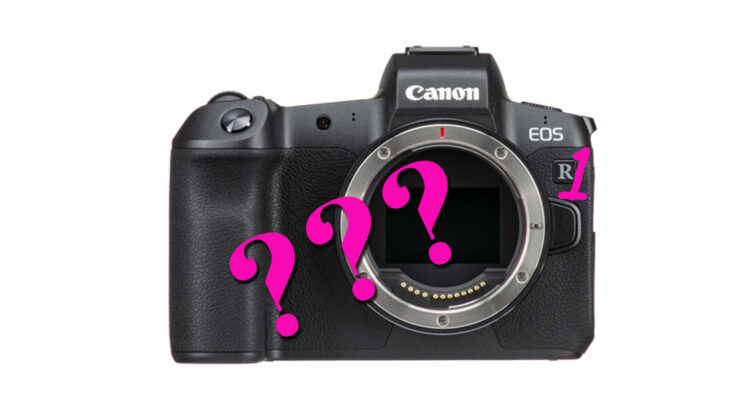 There have been rumours for a while now about a new ultra-high megapixel mirrorless Canon camera being released. It’s now looking highly likely that this will be the case, with a launch of a 100MP RF mount camera in the first half of 2023.

At the moment it’s still conjecture, and no one knows which camera line it will be following. There’s speculation that it could be a mirrorless equivalent of the EOS 5DS or indeed it could be the much-anticipated successor to the EOS R, the R1.

“We have been told that Canon is indeed going to release a full-frame RF mount camera with 100+ megapixels sometime in the first half of 2023,” says Canon Rumours, “the announcement could come later in 2022.”

Supposedly the rumours of an 80MP camera have been floating around the ether since the release of the EOS R5, but sources say that it’s much more likely to be hitting around the 100mp mark at this point. But according to rumours circulating last year, it’s apparently unlikely to be just an upgraded EOS R5 with a massive sensor upgrade.

“The same source also mentions that it’s not simply going to be an EOS R5 body with a higher resolution sensor,” says Canon Rumours, “but a camera geared towards landscape and studio photographers.”

Now I’m not quite sure what still photographers are going to be doing with a 100mp sensor. Generally, 50mp sensors such as are in the confusingly named DSLR the EOS 5DS R, are more than fully equipped to be taking on most requirements, even for commercial jobs.

However, there is ongoing speculation that the new ultra-high megapixel camera could be aimed toward low-light astrophotography, or alternatively, be much more video-centric. The EOS R5 already shoots 8K video in camera, however, it did have considerable issues with overheating when the camera was first launched.

Like the EOS R5 most of the other mirrorless cameras with 8K video are all around the 45mp range, from Nikon’s Z9 with 45mp to Sony’s Alpha 1 at 50mp. A new 100mp camera that shoots 8K video could be quite interesting.

Others have speculated that this could indeed be the near-mythical flagship EOS R1. If that’s the case then it’s likely to be a far cry from the original mirrorless EOS R1, perhaps even taking over the mantel from the trusty DSLR the 1DX range. Although that also seems strange considering that it would then be aimed at sports and journalism which is exactly the niche of the recent EOS R3. The plot thickens.

So what exactly do we know? That there most likely will be a 100mp Canon mirrorless full-frame RF mount camera released in 2023. Any more than that is anybody’s guess at this stage.

100 megapixels: the new standard in photography