Back in 2018, I wrote an article that said that ‘Tripods are not just for landscape photographers, they can be useful tools for all photographers.‘ and I still stand by that.

The other week I was invited over to the UK to help Sigma with a photography event. I was doing a short talk and demo about portrait photography. The question about kit came up and I was asked: “what is the most important bit of kit you carry?” During my answer, I mentioned tripods. This caught a few people off guard. I went on to explain why. I can not remember word for word what I said in London as it was a busy day with lots going on, but this paraphrased quote from the article sums up my thoughts well.

As a portrait photographer, tripods might be seen as an outdated idea and something old-fashioned, however, personally speaking, tripods are a key tool… To me, it makes sense to have a fixed reference when setting up lighting, that all stems from where the camera is…”

I remember the chap coming back and saying, why are tripods so important when image stabilization is so good these days. My response was that I very rarely actually take photographs with the camera on the tripod – the tripod is there to help me prepare, in the case of my portrait work that is. I find it very helpful to have the camera at a fixed point when preparing my lighting or my subject. Of course, when shooting landscape work, I might have framed up an image, then wait 20 mins, half an hour or longer for the clouds to be right or light to change. Shooting with a tripod slows me down, which I like too.

Another example that comes to mind was back when I used to shoot weddings. I would take a tripod with me to use a place marker for groups of people. Getting large groups together can be quite tricky, so I would place a tripod down so that people would know where about I am going to stand. Another use would be to quickly attach a speed-light if I needed some extra light. Converting the tripod into a monopod was also a common thing if it was a long day with long lenses. I don’t think I ever really used the tripod unless it was way back with the D200 and a 300mm lens. These days high ISO’s and IS makes the job much easier. 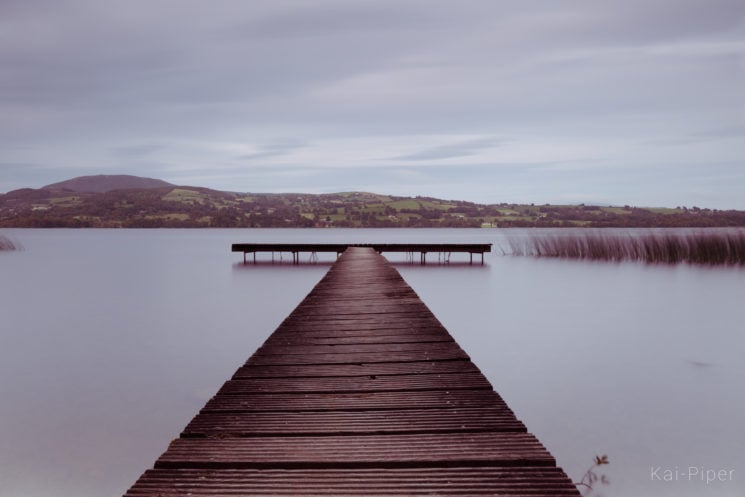 Studio photographers are much more used to the rounded benefits of using tripods. Keeping the camera in a locked of position can really help when setting up lighting as the position of the camera is a constant. Eye height in terms of camera height matters a great deal when photographing people, a correctly positioned tripod can really help with the hit-rate of your images as well as saving your back, having to crouch over all the time.

But, if you don’t have a tripod, and you need to get the shot, what can you do. After you have bumped the ISO up and opened up your f-stop, the only thing left is to try and push the shutter speed. These days, lens and in-camera stabilization is getting very good, but are limited.

So, What is the SLOWEST shutter speed you can shoot handheld?

The Panasonic S1R has a really cool feature that shows you how much and when the OIS, in-body system is working. Check out the GIF below, when I half-press the shutter button, it activates the system, watch as the green dot moves about.

From my best efforts with a range of cameras, the best I have ever been able to shoot and get something useable was 1/4th. This was using the Panasonic S1R. Shocking how good this camera is. Check the bottom of this blog for an image using the  XF 100-400mm on the X-T3. We were able to shoot at a CRAZY 1/1th at 400mm. We did have to lean against a wall for this though.

I think it is impossible to handhold longer than a 1/4th and get anything useable. Unless someone can prove me wrong – post in the comments.

Are lighter cameras more stable? Not quite…

Over the years, we have seen a trend for people switching to smaller camera systems saying that they are more stable. Is this true? We did some tests to find out. 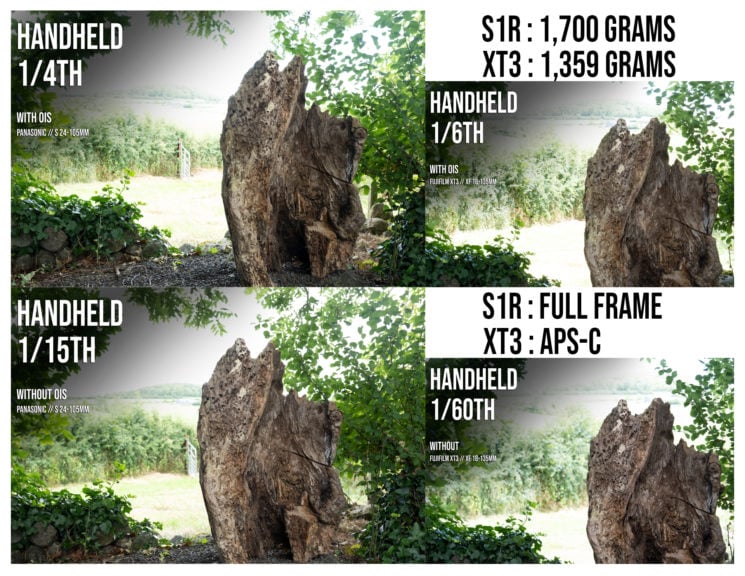 We used the Panasonic S1R as a full-size camera and a Fujifilm X-T3 as a smaller camera. The S1R, although much bigger in size, really didn’t weigh in that much more, but the extra size and weight really did help balance the camera. The lense was longer giving a better left hand position and the grip was deeper for the right hand, again, giving an overall more stable grip.

It seems that lighter, more compact cameras are inherently more effected by slight movements and vibrations. Longer lenses seem to really help with being able to hold the camera stable, but longer focal lengths are much harder to keep stable. As with everything in photography. There is a balance with trade off’s along the way. Check out the images at the bottom with the 100-400mm lens. It would of been awesome to be able to test the S1R out with a long lens, but I don’t have a 400mm in an L-Mount :( 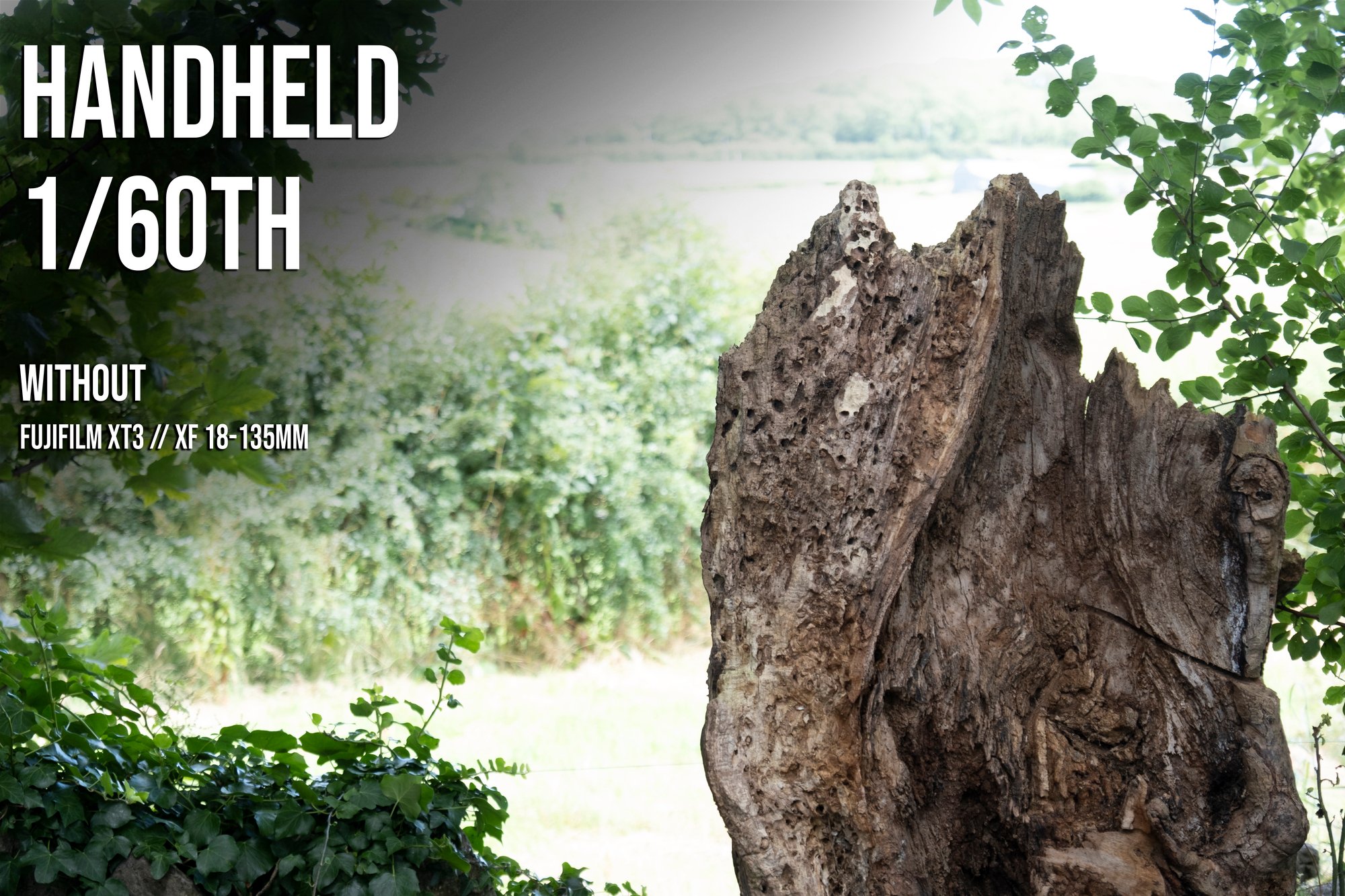 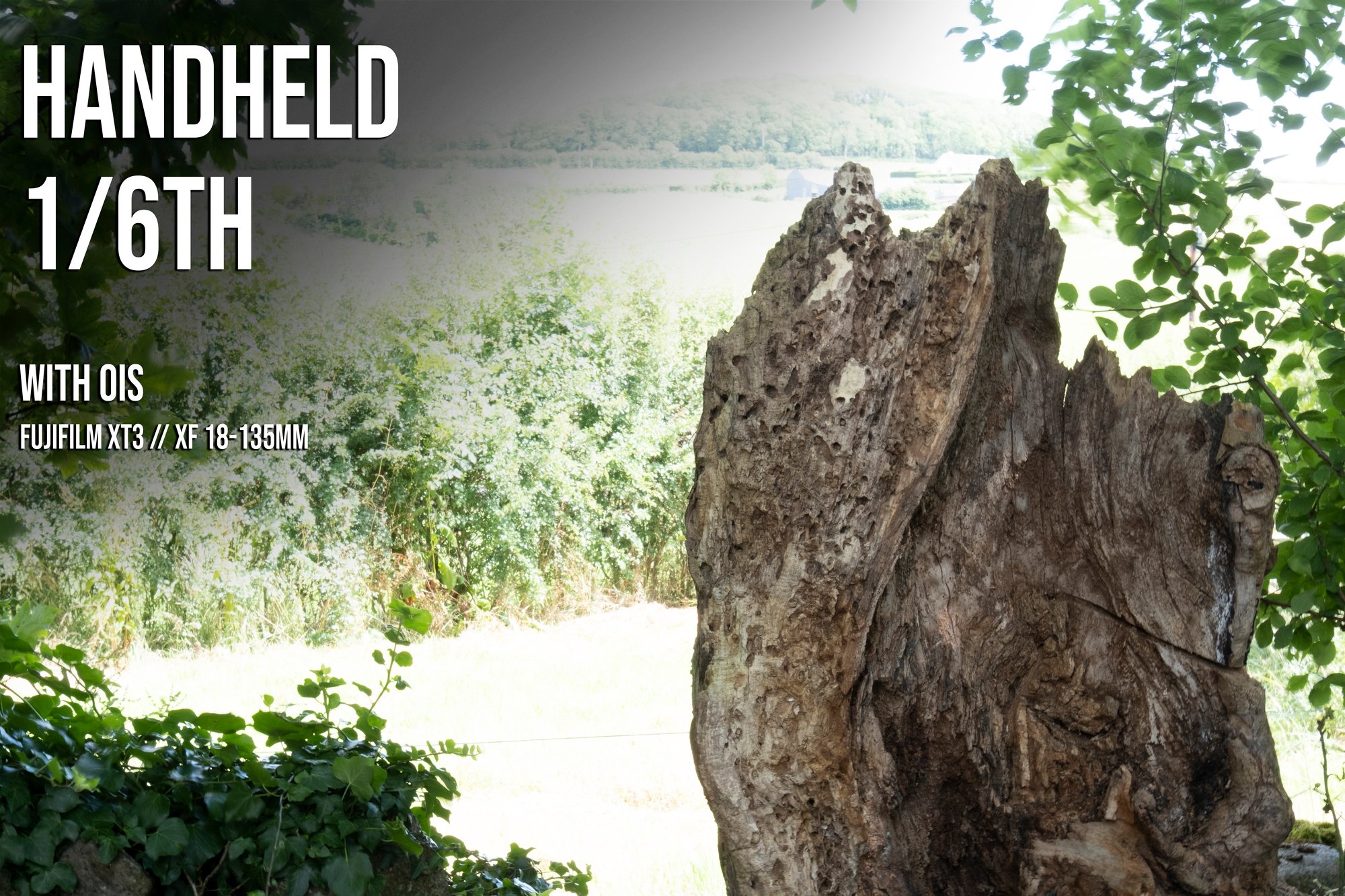 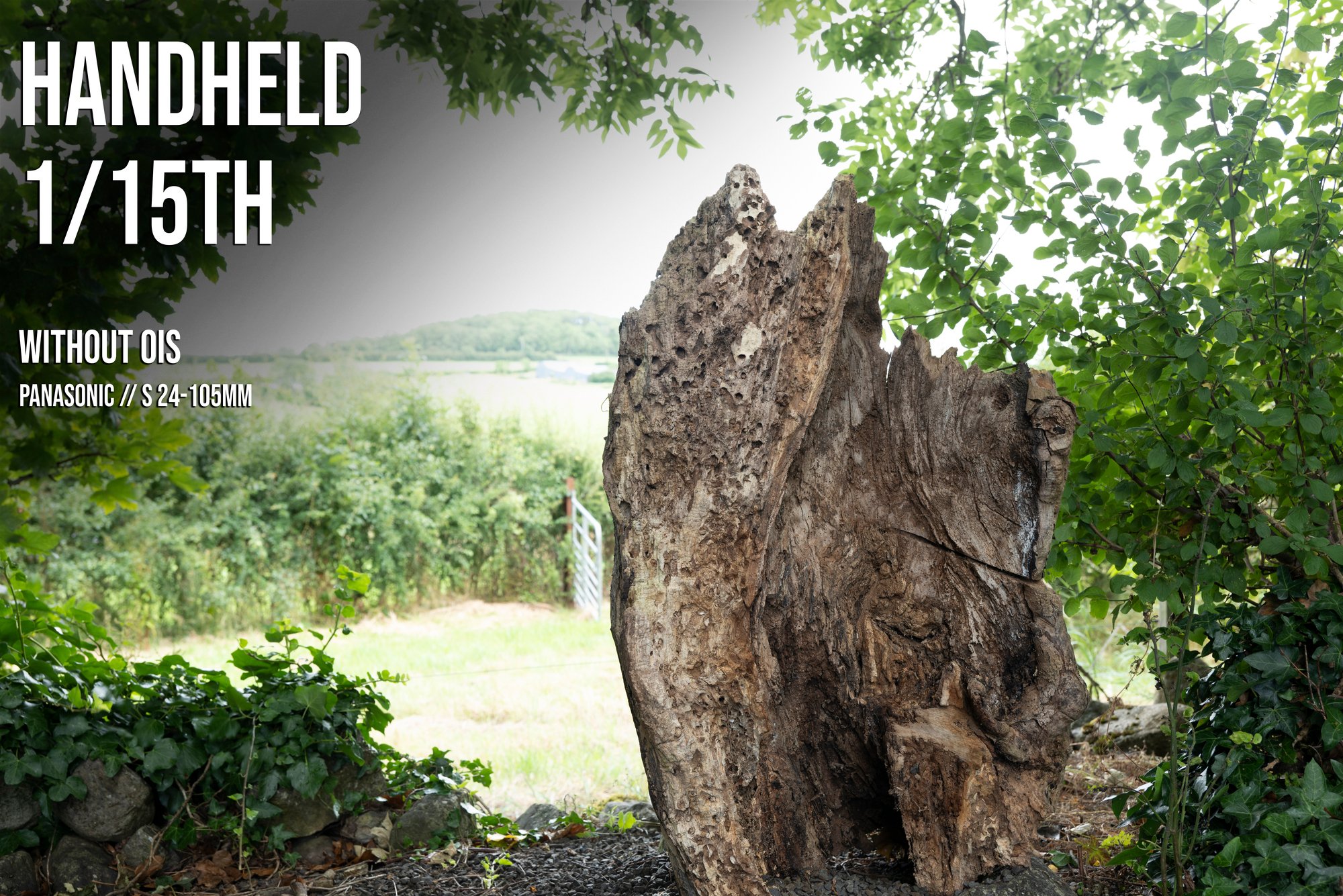 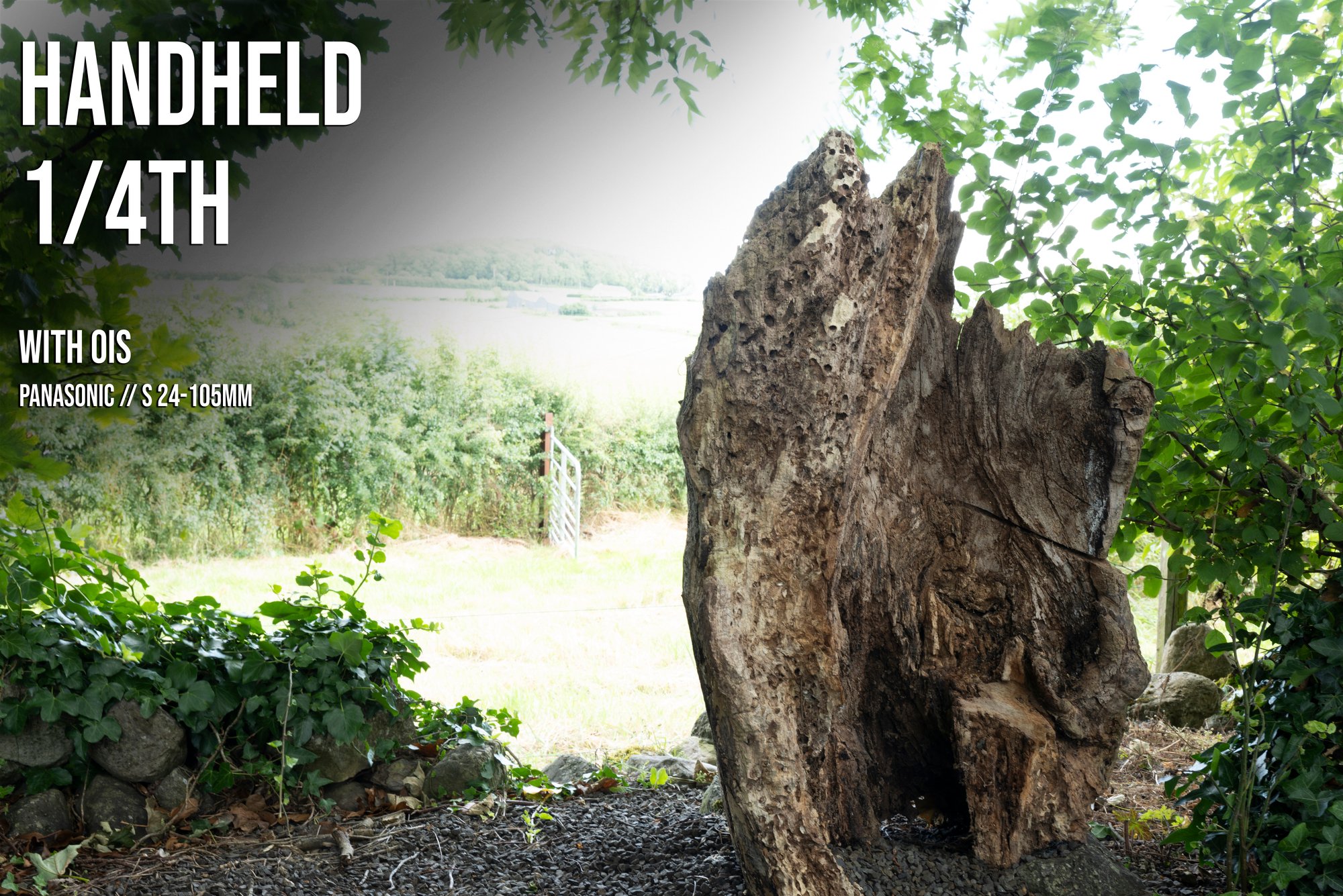 Here are some tips about getting those tack sharp image with slow shutter-speeds, when you are hand-holding the camera

We did some quick experiments in the garden with friends.

Out of 4 people, the best anyone got without using OIS was 80th. Most people could consistently get 100th of a second, after some practice.

Could you beat that? 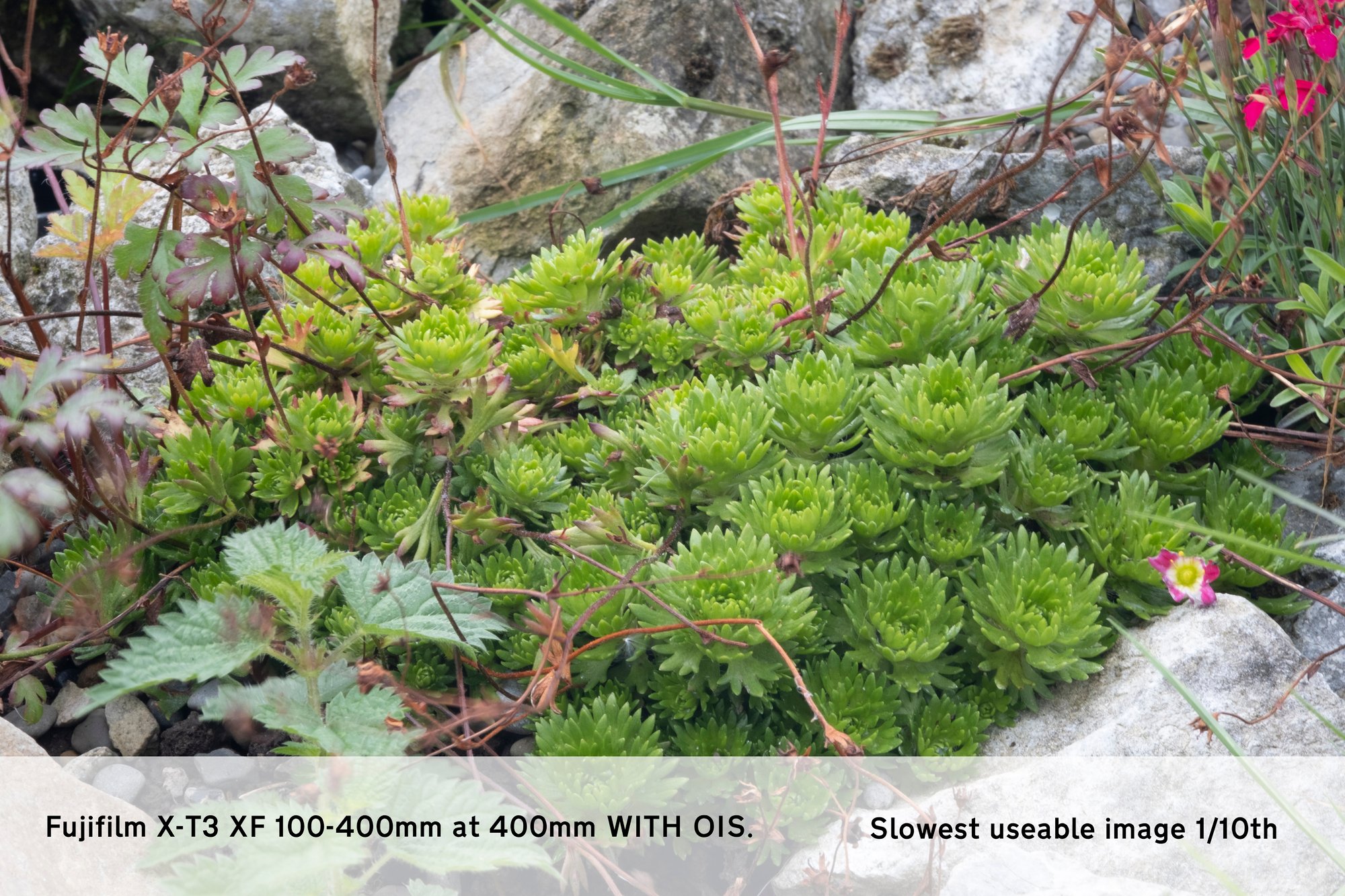 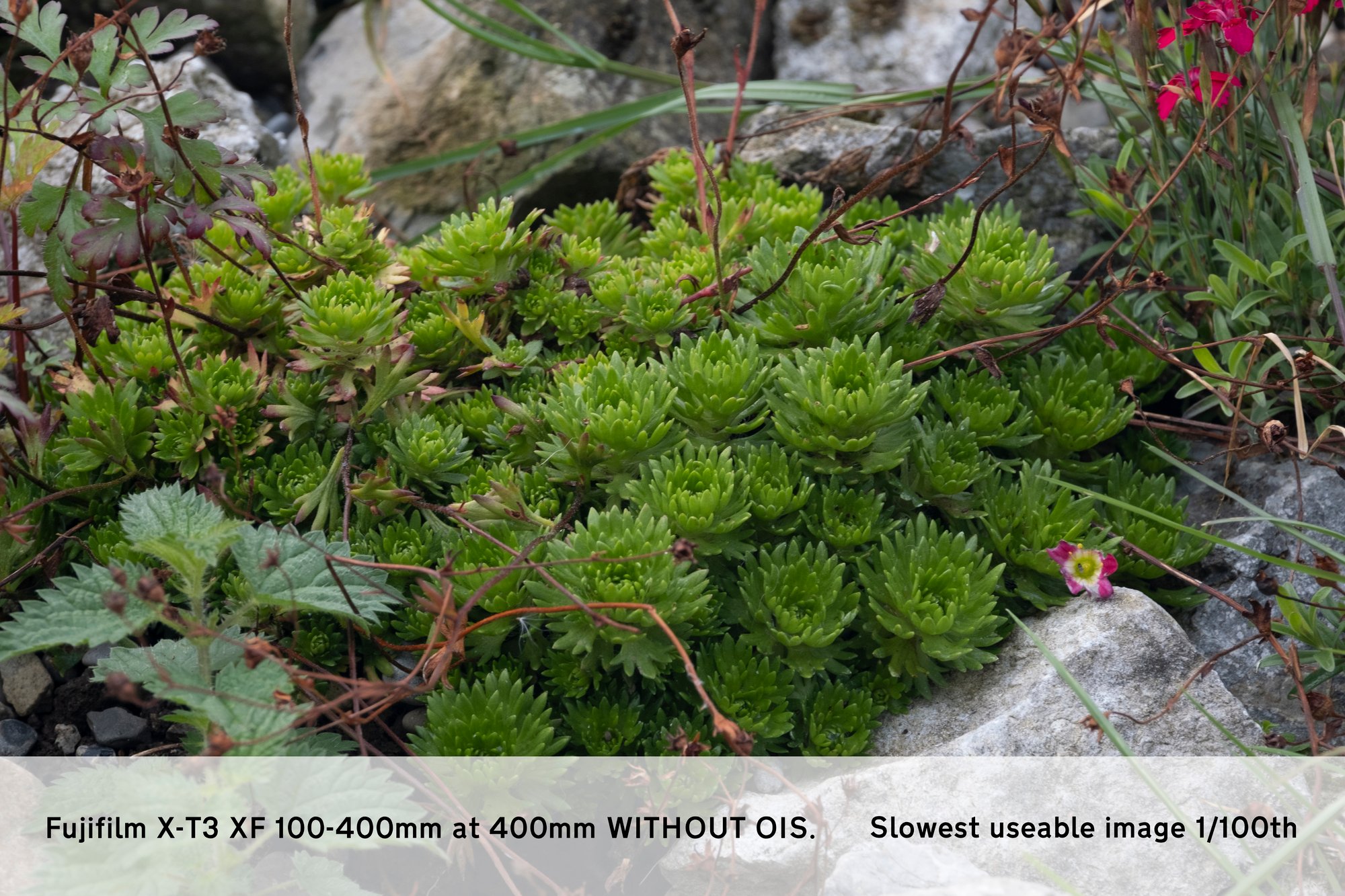 Interestingly, our little garden experiment showed that how you hold the camera is vitally important. Getting your hands away from each other was key as was shooting in burst mode. We found that the 2nd or 3rd photos where the sharpest as even pressing & letting go of the shutter button created movement.

So here is the challenge…

What are the slowest shutter speeds you have shot at and got a useable photo?

Post an image in the comments with the settings used.

Should you use a tripod or shoot hand-held for nature photography?