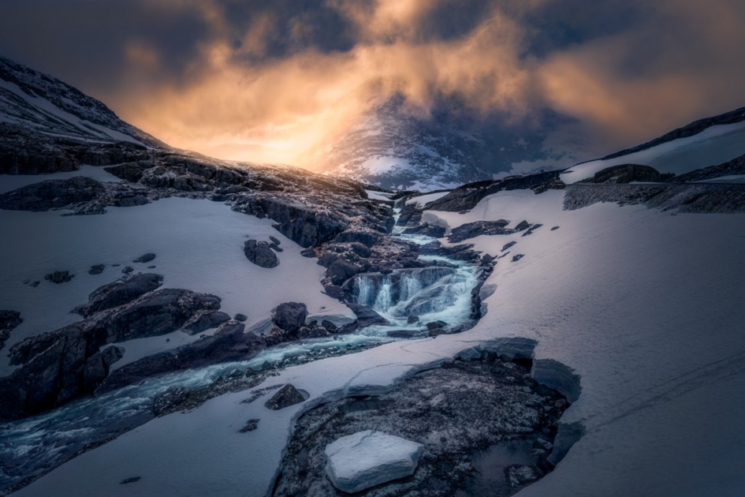 When it comes to nature photography, should you shoot on a tripod or hand-held? Let me share some personal stories and then I would love to get your opinion.

I shoot the vast majority of my images on a tripod. I am fully aware that I sacrifice some flexibility in the field. However, such an approach gives me sharp images with a horizon in level. I predominantly shoot during the golden hour. This entails that I often shoot exposures where the shutter is open way longer than if I was shooting in bright daylight. If possible, I also almost exclusively shoot at base ISO. Base ISO means that the sensor produces very little noise and peaks in terms of dynamic range. I know that with my sub-par hand-held technique I’ll probably ruin many images during golden hour due to handshake. Even vibration reduction activated can’t save me there.

Surprisingly, according to some, one of my best images is actually shot handheld. We had just finished a workshop in Romsdalen, Norway, which had been characterized by fog, rain, and low hanging clouds. While the participants were in a car heading to Ålesund, I for some reason, decided to head up into Isterdalen one last time before embarking on the long drive home. Against all odds, it began to clear up. The peaks which until now had been hidden in clouds began to show themselves boasting of their power and magnitude.

Spending valuable seconds retrieving the tripod at my first stop was out of the question since the light was volatile and rapidly changing. I opted to shoot handheld and succeeded in not ruining the image. This is the photo at the top of this article.

Later that summer I was balancing precariously along the banks of a powerful river. I wanted to shoot the scene from a different perspective. It would have been impossible to use a tripod where I was sitting. I was thinking that 1/8 of a sec would sufficiently smooth the water. I was shooting 15mm and activated the camera’s shake reduction. According to the reciprocal rule, it should be possible to get a sharp image at 1/15 sec. Turning on shake reduction would, in theory, give me at least four stops of latitude. Doubling 1/8 sec four times yields 1/64 sec. I thus believed I was on the safe side. At first glance, it looked like I was right. 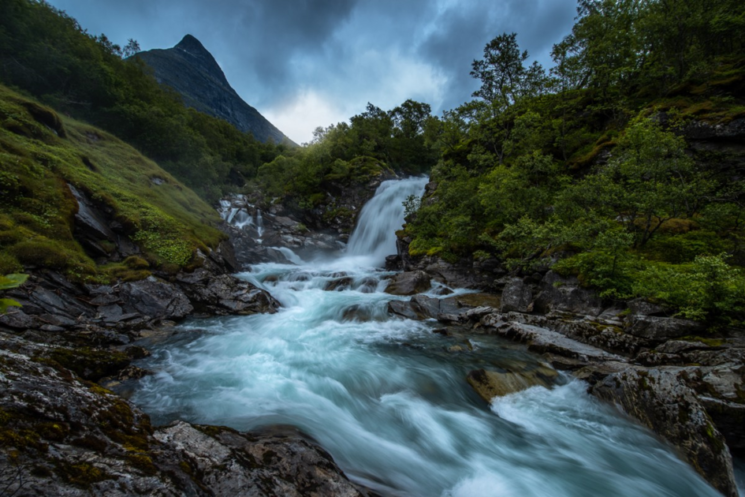 At closer inspection, however, it saw that I was wrong. The shake reduction saved the middle of the frame which is sharp and fine, but the edges are not. The combination of my handshake and 1/8 sec became too much for the shake reduction to handle. 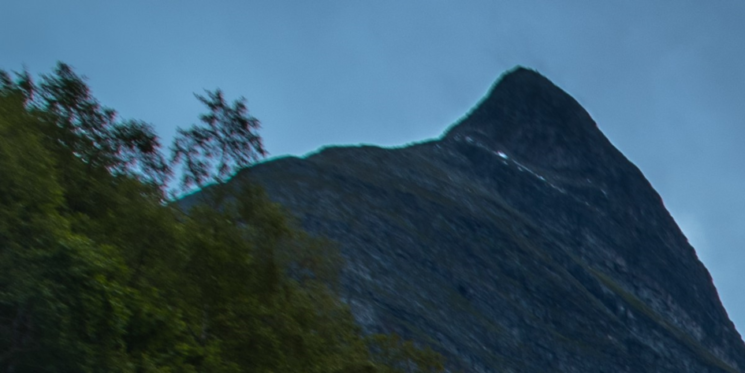 I have basically concluded that I will continue to use the tripod whenever I can and only shoot handheld when I have to. If I was into street photography, however, practicing my handheld skills would have been a priority.

How do you shoot landscapes?

What’s the slowest shutter-speed you can shoot hand held?