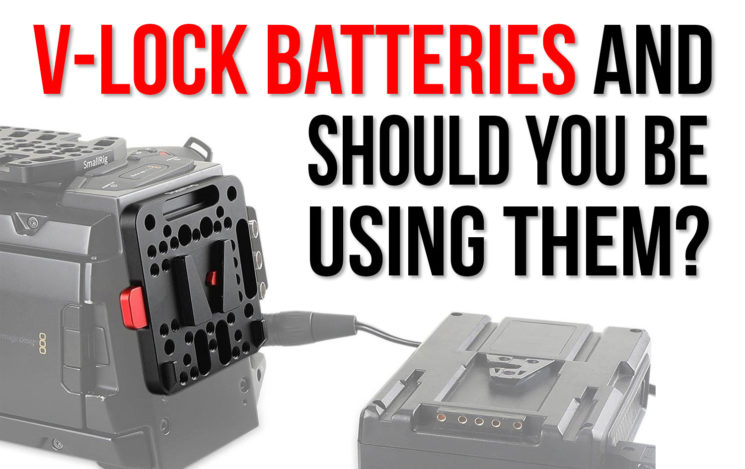 As a video shooter, I have needs and one of the big ones is power. Shooting 4K video and RAW video requires a LOT of juice and very often I am powering more than just a camera. I could have microphones that are pulling power from the camera battery. I could also have external monitors, recorders and lights.

Since I started shooting video, I just had separate batteries for each device, but for the longest time I’ve been eyeing up a V-Lock battery solution. What are V-Lock batteries (sometimes they are called V-Mount)? To put it simply they are very big batteries that you can normally plug more than one device into at a time. There are actually a few different kinds of these batteries and V-lock just refers to the mount they use. There is also Gold Mount. From what I can tell, there are not huge differences between these mounts and it comes down to personal preference as to which one you go with. It seems that Gold is widely used in the USA and V-mount used most other places.

Before I went with the V-lock batteries, I had found some pretty big Sony-style batteries that would power my Fs5 and FS7 for up to three or four hours at a time. They also had one d-tap connector on them so I could power my Shogun Inferno off the same battery. Pretty cool right? Well it would have been, except the Shogun is super power hungry and the battery went from 3-4 hours of use on just the camera to about 45 minutes powering the camera and the monitor. This was my biggest motivation of looking at bigger battery options.

Another advantage of the Gold Mount and V-mount batteries is that they can be bigger and hold a whole lot more juice than most “standard batteries”. There are a few disadvantages here:

1. They weigh a bit more than your standard and even larger third-party batteries.

2. They take longer to charge.

3. They cost more and not a little more. Also all the peripherals that go with them cost more too, like chargers.

4. You’re going to need some sort of caddy or plate to attach them to your camera setup. This also costs money and adds significant weight as well as cost to your setup.

The Zacuto one is great because it has these cool gel pads and can be very comfortable, except it weighs about three times what my camera does, so this setup adds a lot of weight.

The SmallRig plate is smaller and lighter, but has nothing but metal against your shoulder, if you’re using this in a shoulder rig setup.

So after all of this, why in heaven’s name do I use this setup? Well, I don’t always use this setup as it is very heavy, though I have some techniques of making it work – more on those in another article. But being able to run my camera, lights, monitor and mics for an entire day on just two batteries does make it worth it, as long as I am can have the setup on a tripod most of the time or find a sherpa to carry it for me. Anyone want to “volunteer” to be my sherpa, I mean, assistant? 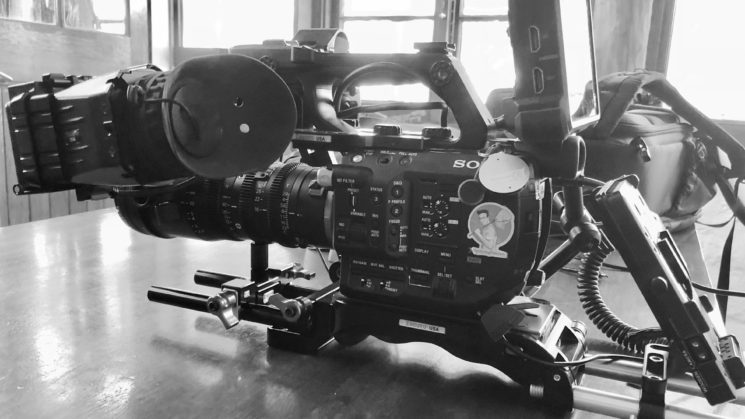