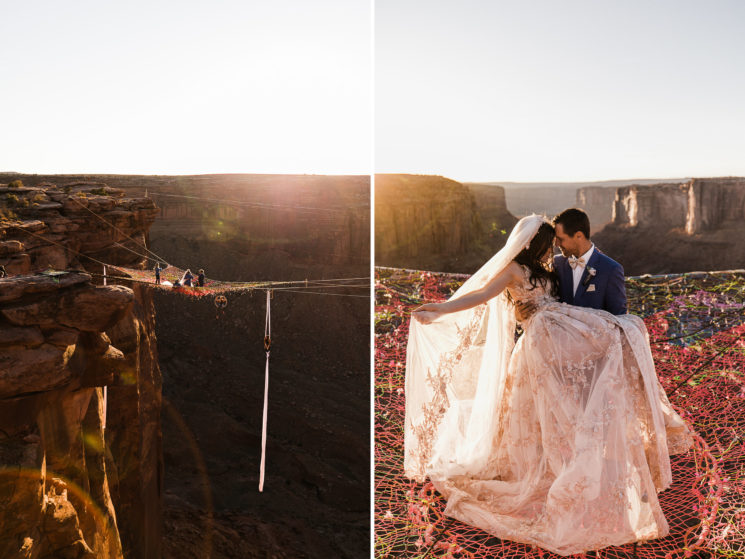 You’ve seen some crazy wedding photos on DIYP before. This time, allow Abbi and Callen Hearne to blow your mind with the wedding photos they took. The couple photographed an adventurous wedding of Kim and Ryan in a desert near Moab, Utah. They shared the photos with us and they were taken on a space net 400 feet above a canyon! It’s one of the most colorful weddings I’ve ever seen, and even though the photos make me dizzy just from looking at them – I’m impressed by both the idea and the execution. 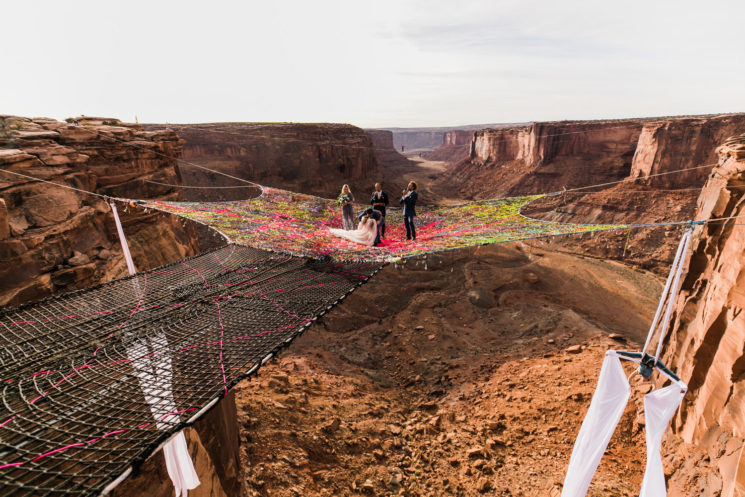 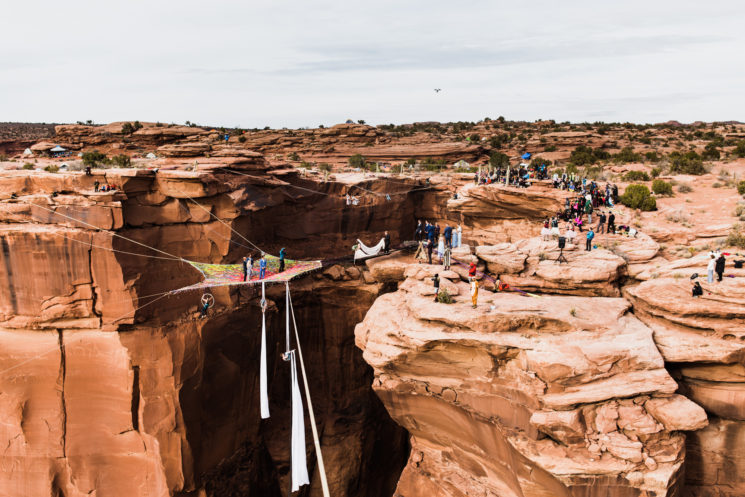 Abbi and Callen Hearne are wedding photographers specialized in adventure weddings. As Abbi explains, Kim and Ryan fell in love in Moab at GGBY Festival and got engaged at the same place. So, it was probably a logical choice to get married there, too. The wedding was scheduled a day before the festival officially started. The space net is a part of the festival, but it was modified for Kim and Ryan’s wedding. An “isle” was added to it, so the couple can walk to the center of the net. 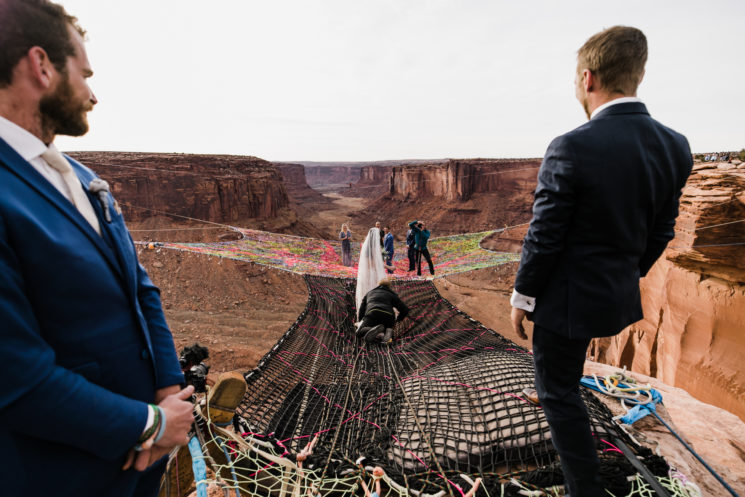 Even though GGBY hadn’t officially started, the wedding looked like an amazing, colorful festival. Friends of the couple are thrill-seekers and they performed all kinds of stunts to make the ceremony even more interesting. Three friends performed aerial stunts below the net on silks, while some did acro-yoga on the cliff edges. One of the friends painted the event live in the desert, and another played the flute. There were also giant soap bubbles, walking high-lines and hanging in the dead airspace while watching the ceremony. All this time, the couple was exchanging their vows 400 feet above the ground. But judging from the photos, there was no place for fear. There were just tons of joy, happiness, fun, and love. 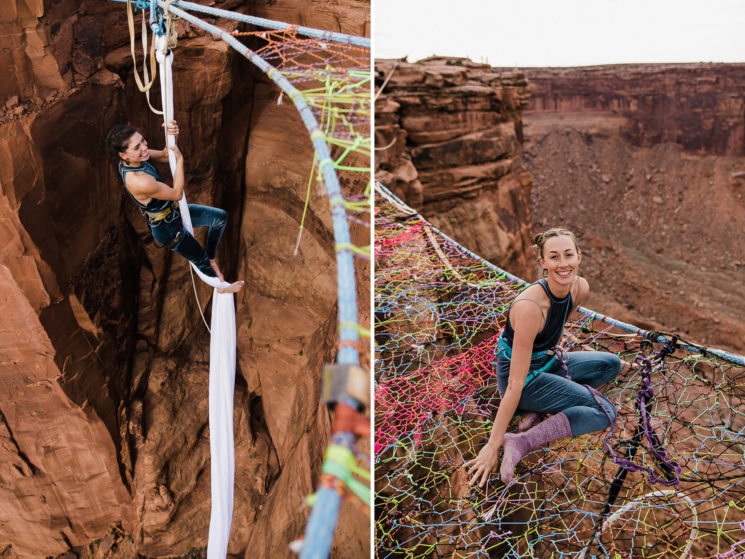 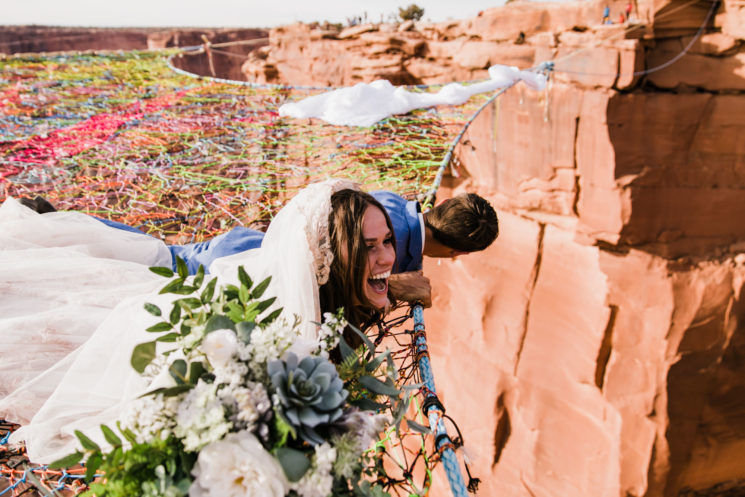 Enjoy more photos of this unusual wedding below. You can read more about in on The Hearnes’ blog. Since they’ve photographed plenty more interesting weddings, make sure to check out their website, Instagram, and Facebook for more photos. 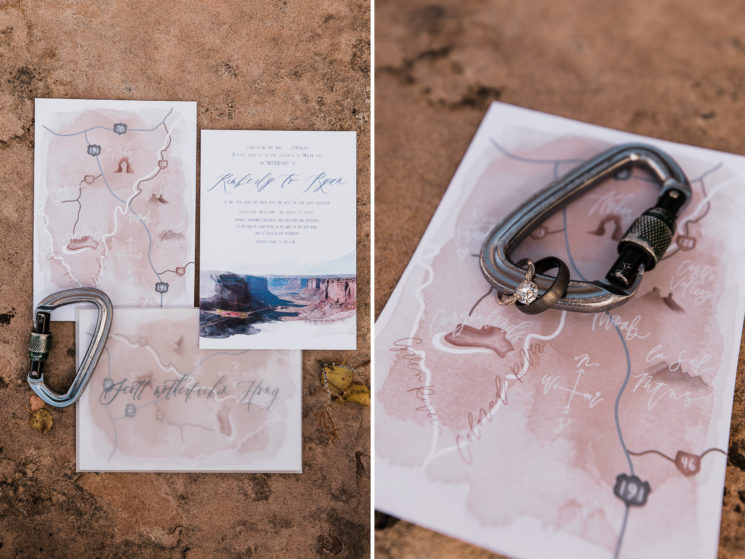 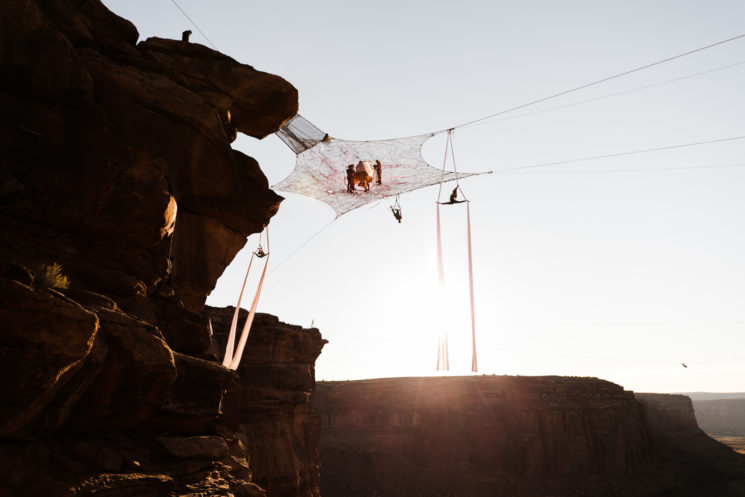 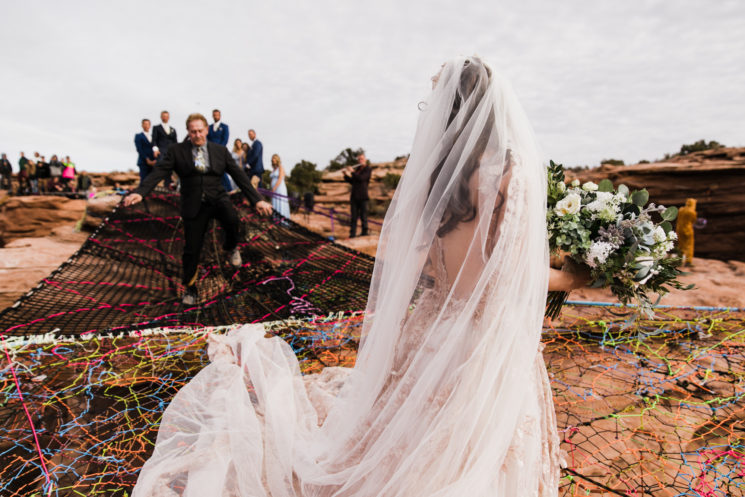 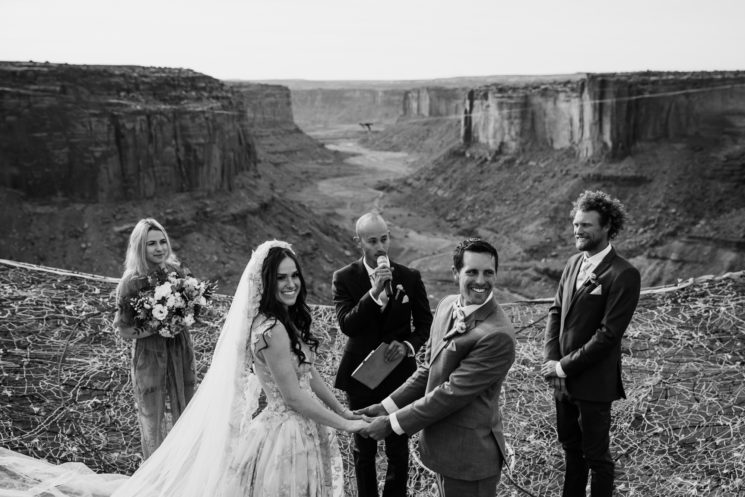 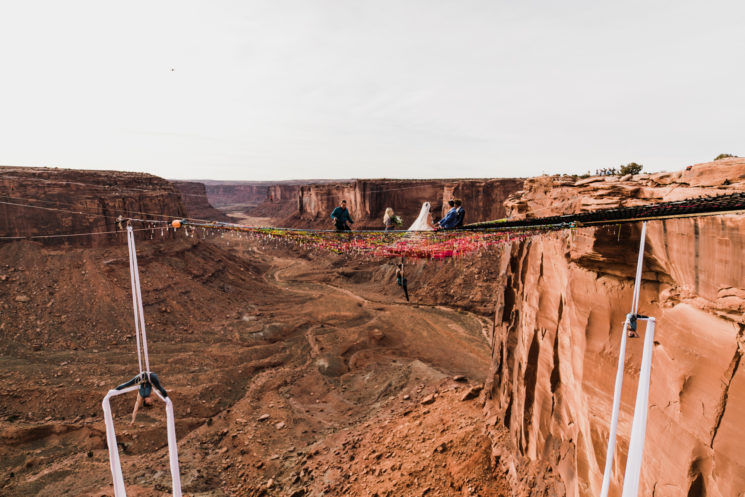 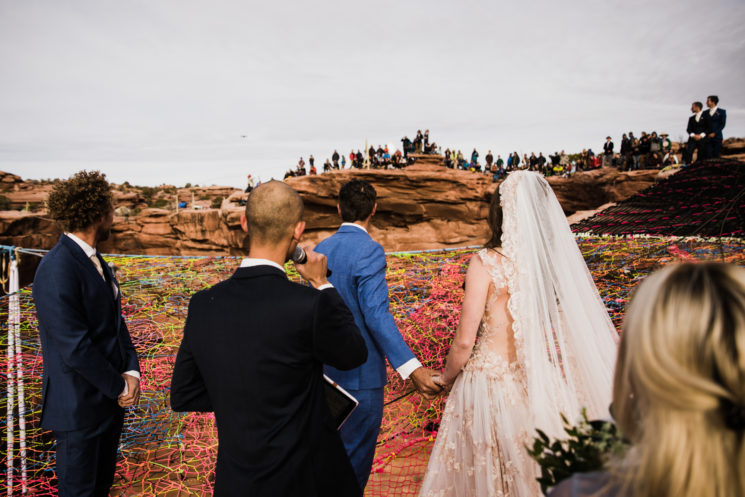 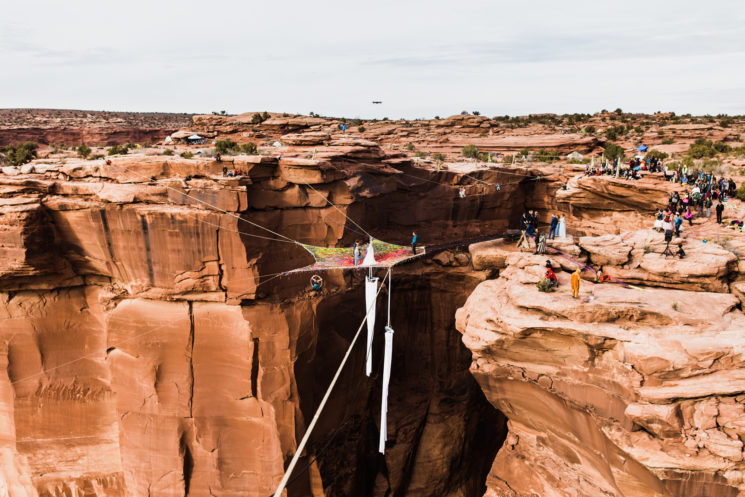 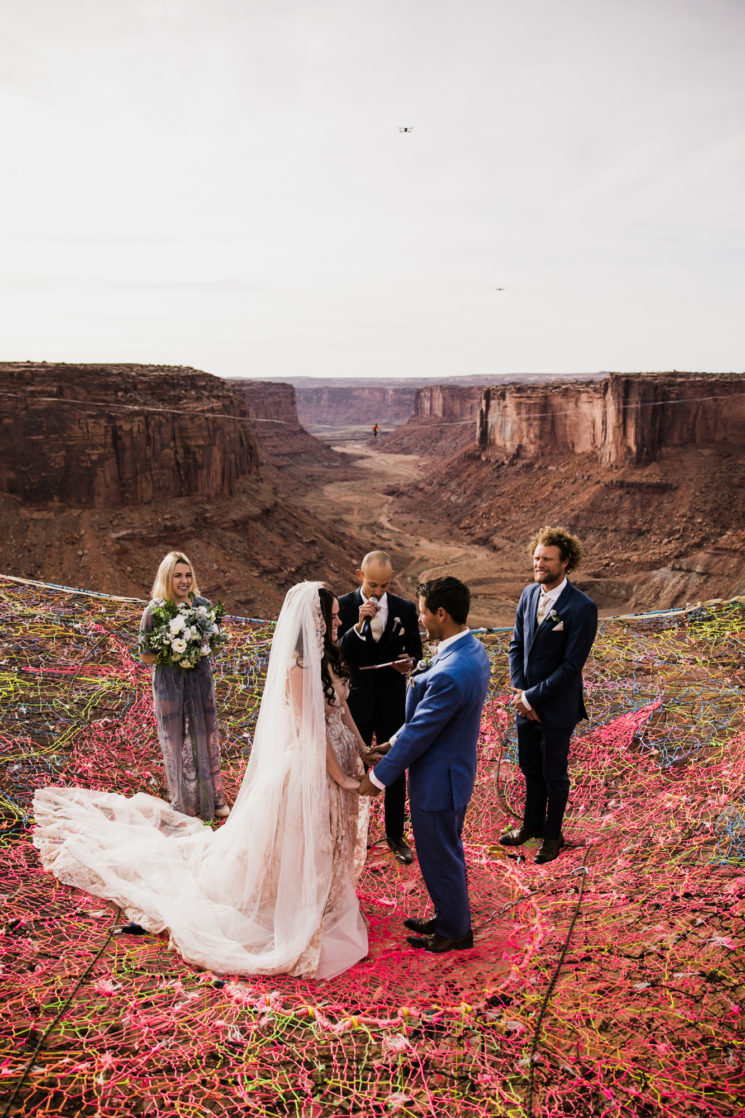 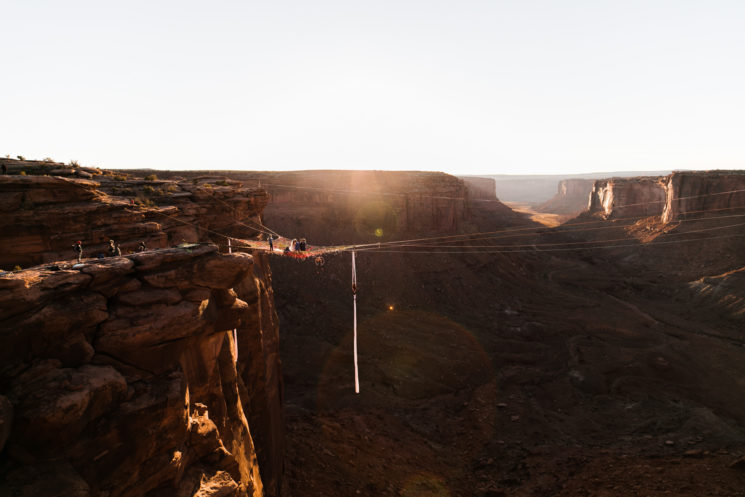 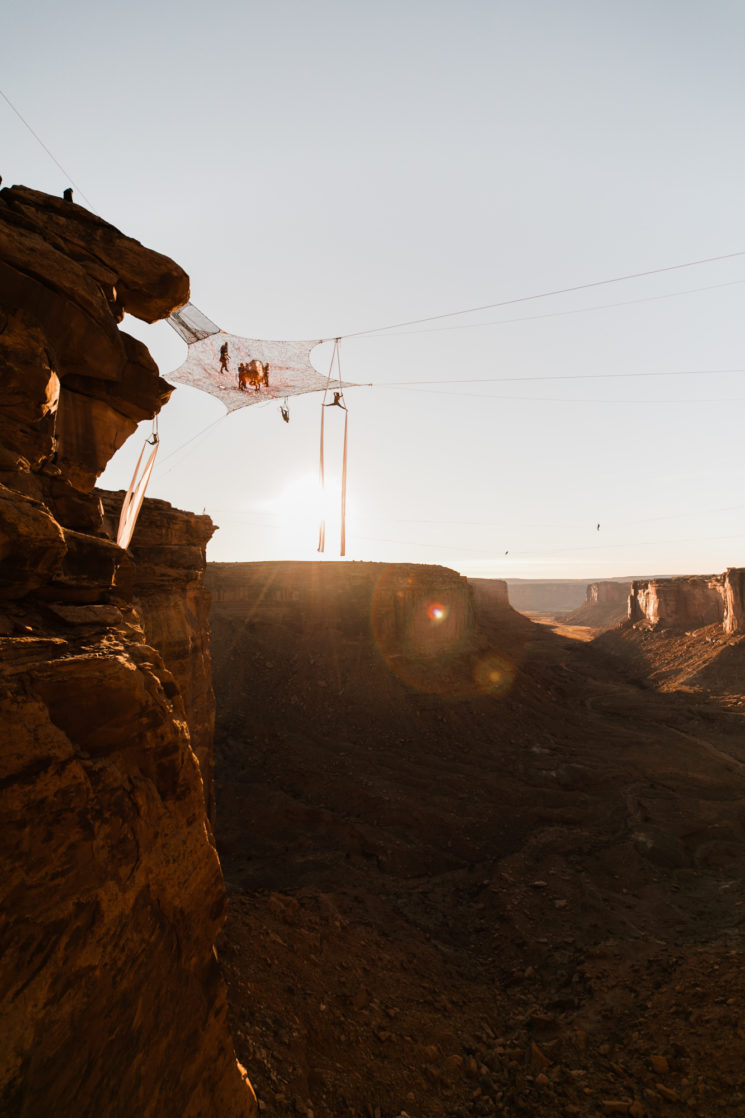 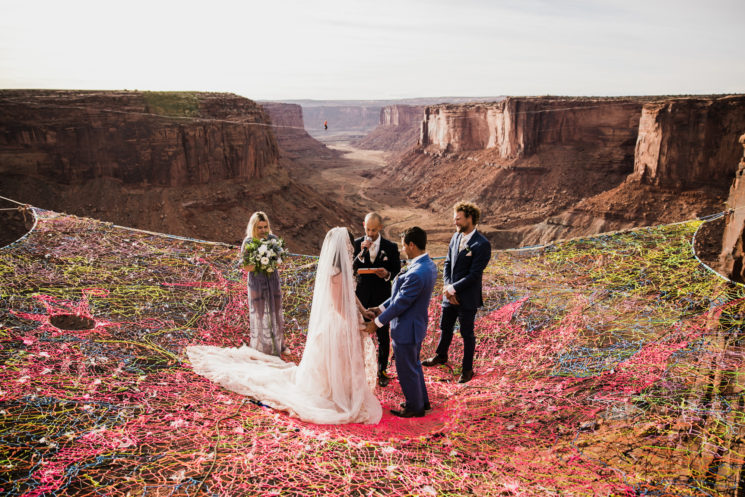 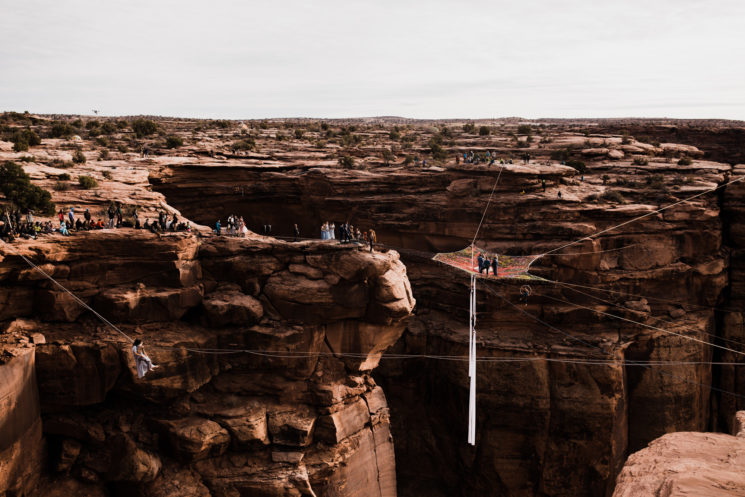 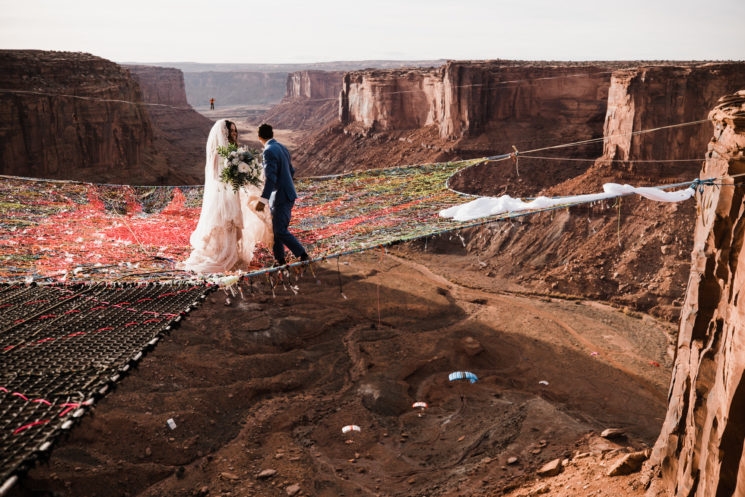 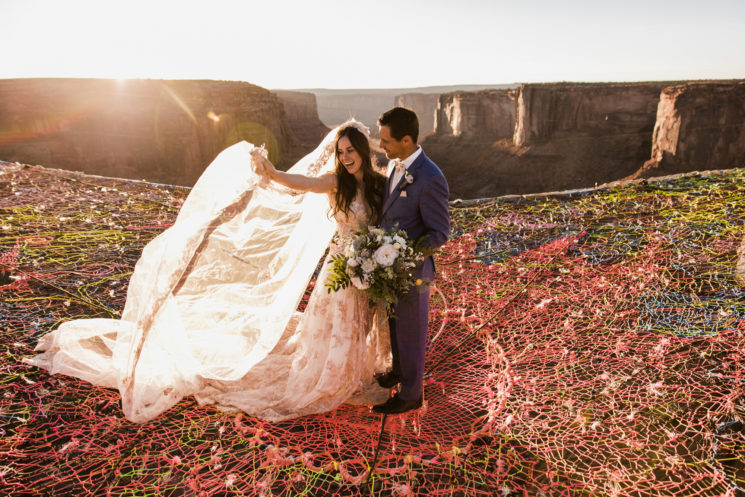 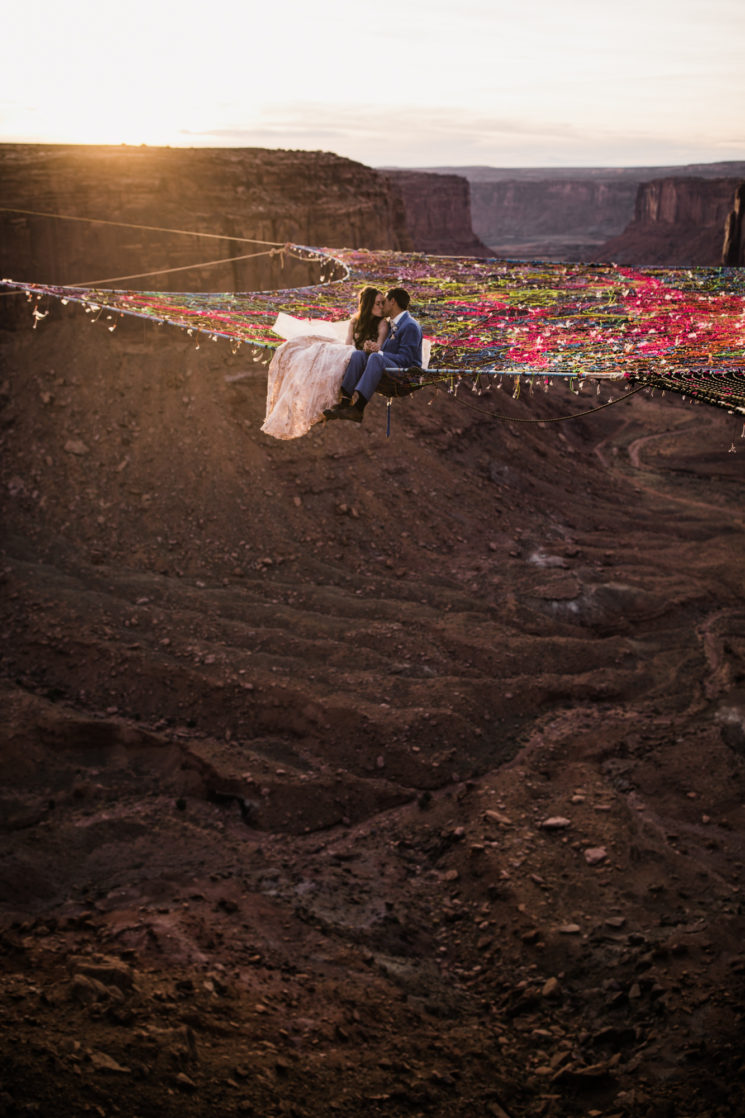 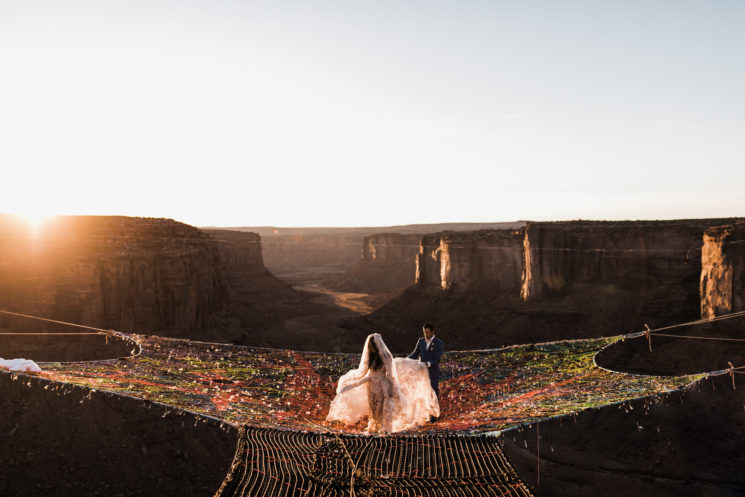 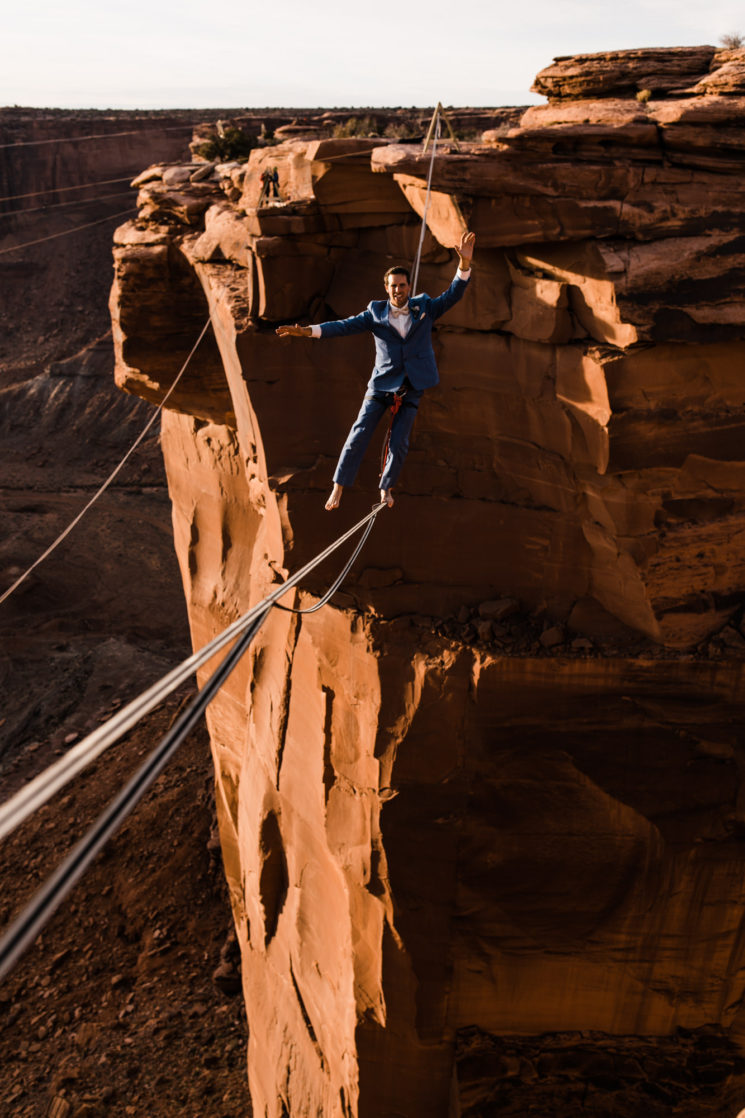 You can now buy one of 2,400 iconic space photos on an auction