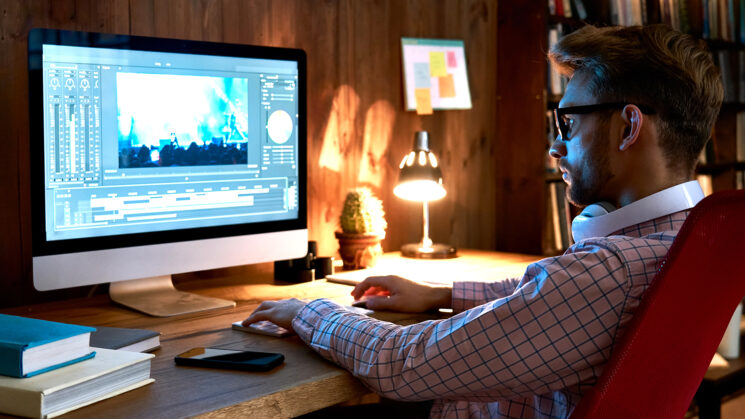 There’s been a term I’ve been hearing more and more creatives in the spaces we run in use to describe themselves: “content creator”. Even from people who work we admire and have learned from. To us, they’re people who inspire, educate, and entertain us. Both in photography and cosplay.

As I kept seeing that term come up my mind kept coming back to one question: why those words exactly?

What is a “content creator” in the first place?

In my head I had some understanding of what the term could mean. But I wasn’t sure if I’d be missing something if I tried to write out what I thought the definition was. Thankfully there were other places online that could help with that.

From Wikipedia let’s look at the meaning of ‘content creation‘:

Content creation is the contribution of information to any media and most especially to digital media for an end-user/audience in specific contexts. Content is “something that is to be expressed through some medium as speech, writing or any of various arts” for self-expression, distribution, marketing and/or publication. Typical forms of content creation include maintaining and updating websites, blogging, article writing, photography, videography, online commentary, the maintenance of social media accounts, and editing and distribution of digital media. A Pew survey described content creation as the creation of “the material people contribute to the online world.”

A content creator is someone who creates entertaining or educational material to be expressed through any medium or channel. Content creation especially pertains to digital content, since that’s where the majority of content is consumed.

Okay, so we now have a better understanding of the term then what I could have possibly written out on my own. But when we consider these two pieces of info it’s a pretty wide umbrella. There will be bits and pieces of each of these I’ll reference throughout this article.

Thinking about the tools we work with

We all know that these platforms want us to be as active as possible. Not only just from the reach perspective but also for any possible monetization options. I’ve known a number of creators who have been able to take advantage of this on multiple platforms, and I’m glad they were able to achieve that.

Though with the information given to us by these platforms… can we truly say why people are there?

With the way data is given to us now we can’t fully figure out why exactly people decided to interact with anything offered. We have no way of knowing if it was an educational, amusing, or other emotional level of response. Also consider that a lot of these services don’t have a good way to dump out the data to truly compare and contrast (well, without a lot of manual work or investment in really expensive tools anyway). Then there’s the whole content analysis bit with regards to comments to think about.

I have to wonder how this data (or lack thereof) influences the decisions a creator makes. Or how they view themselves and their work.

What is being put out there?

There are certainly photographers who are really good about giving solid creative educational info along with photos that evoke an emotional response out of the viewer. These are really the kind of people I will most likely follow. Though it also doesn’t hurt if they’re entertaining in some other way.

After that things start to get a bit cloudy. With photography, there’s certainly a lot of things we need to think about from technical perspectives. Whether it be in the gear used or the post-production process. Now there are some people out there that are really good about providing creative applications within that space. Though for some reason that isn’t always the case, especially when it comes to talking about new equipment.

Following that there is this weird space of “entertainment in education wrapping”. Those videos you come across where the title makes it seem like it could contain some new knowledge. Once you view it the educational portion of the video is very small where the rest is completely irrelevant to the subject. Or the presentation of the supposed educational parts is questionable (i.e., the “easy photo hack” videos).

And then there are the rest. The ones that try to get your attention to help “feed the machines”. You know, the things offered that initially seem to offer some sort of wisdom but don’t really deliver anything meaningful. There’s been a number of articles and videos I’ve seen where I’ve been like “Okay, I’m not exactly sure why you decided to put this together and share it?”

When we consider that…

I get why the quality of material runs the gamut. It’s really why I spend more time paying attention to the kinds of people I described in the first paragraph. They are definitely bringing something to their audiences in multiple ways.

So why is the descriptor they may choose to describe themselves “content creator”?

In a way, I can see why someone may choose to describe themselves that way. It is a term that very much helps in the “elevator pitch” type of conversation. Though I have to wonder how those who use it may follow up to provide context for what exactly they do. Then there is also the consideration of how a potential recipient understands those words.

To be completely candid… I’m not fond of the wording. Mostly because I feel like it’s lacking. Which I’ll go into here in a bit.

A lot of my friends are creative people. Mostly musicians but also in other disciplines as well. I wasn’t sure how much reaction I’d get with this since I’ve tossed out “larger creative world” questions in the past and have not gotten much.

This actually got quite a bit of commentary.

Given the definitions provided earlier this is a good question.

Only, when it’s used in place of “artist”/“musician”/“DJ”/etc. just ‘cause they’re Instagramming, or posting on TikTok, doesn’t mean there isn’t artistry going on.

Yes. It was a sort of useful catch-all term for media folks making art of some kind, but now it just means someone who posts things on social media, which is kind of meaningless.

It was interesting how these two comments brought up the art in anything presented without any sort of prompting. Though these were similar to thoughts I had when pondering the words.

I must admit I was amused how the term “influencer” got brought up a few times. I will admit I also certainly have issues with that word.

Now, this last comment was really interesting. This was a friend of mine who I’ve known since my freshman year of high school (1992… hold on, lemme take some ibuprofen for my back). They’ve stated for years that they “don’t have a creative bone in their body”. For someone like that to say this… I think it has some power.

IMHO ‘Content Creator’ means nothing. It’s come to be a term that people can use to make themselves feel legitimate without real effort. I have a ton of respect for those people who ‘do’ the thing, being as I am not one of them. The artist that makes art. The photographers, models, filmmakers, writers, musicians, etc… that put themselves and their work out there to mean something. Hollow work, or meaningless content, for the sake of likes, disturbs me greatly.

In a lot of ways that was why I phrased the question the way I did. And it really hinged on one specific word:

Right now even with all of the technological advancements we’ve had, automation really has no true understanding of why things are presented and reacted upon. But the data we’re currently collecting makes us think we can gain some sort of knowledge with this information. I have to question that. Also with how the current platforms have the constant need for new data, it’s so much that maybe we as creatives end up thinking about how to more easily describe the work we’re putting out there. And maybe by extension how we think of ourselves.

If we think about the word “content” it just implies something that exists without any implications of the value something presented might have. Consume it and move on. With the number of creative people I’ve run into over the years, I’ve learned that there are those who want to offer more than just the consumption of anything. To me and others, they’re putting out more than just “content”.

Now, do I have a replacement term to offer here? No, I don’t. And it’s really because I can’t speak to the various skills and experiences of anyone possibly reading this. Nor do I know their understanding of their own work.

For those who are truly trying to put in the effort in their work and have it have meaning for their people… how could we possibly highlight that effort in the way we describe ourselves?

Rob Swackhamer is a creative nerd who likes to make really awesome art. Rob is also a pinball nerd and cat dad with over seven years working in the video & photography industries. You can find out more about Rob at Make Them Awesome. This article was also published here and shared with permission.

Instagram goes head to head with Etsy, will let creators sell stuff through the app
« Photography teacher bans kit lenses because “they’re not good enough”
All About Photo magazine announces the best black and white photos of its 2021 contest »