Panasonic has released a teaser for the Panasonic S5 mirrorless camera to be officially announced on September 2nd. The teaser specifically targets video content creators. The video features Lumix ambassador, Todd White and doesn’t really reveal much about the camera, except alluding to its video-focused capabilities.

Not much is really revealed about the camera in the trailer, although they do show it sitting on top of the DJI Ronin-S. A mess of cables sticking out between them suggests that the two will be compatible with each other. 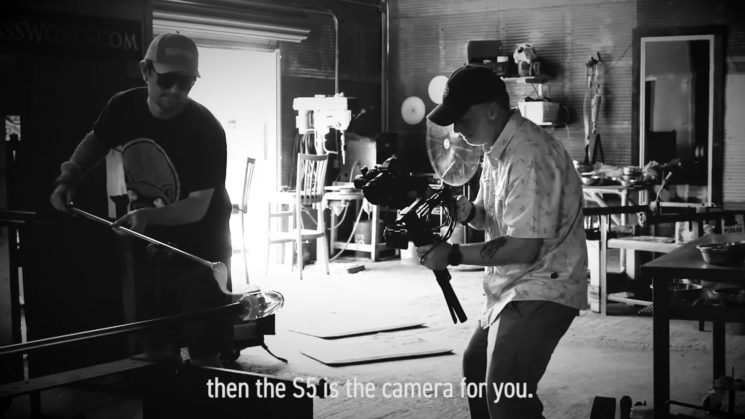 The Panasonic S5 is supposed to be a much smaller camera compared to the company’s S1 lineup, but from looking at the video, there doesn’t seem to really be all that much difference. It doesn’t look particularly small in the glimpses we see of the camera sitting atop the gimbal. But, we’re not getting a complete unobscured view, side-by-side with one of its S1 siblings.

We only have a week to go now before we get to see the whole thing – assuming Nokishita doesn’t beat Panasonic to the punch like they did with the entire spec sheet – so I guess our few remaining questions will be answered on September 2nd.

« Should you photograph popular scenes that everyone else shoots?
Hubble’s image shows that comet Neowise survived its journey around the Sun »