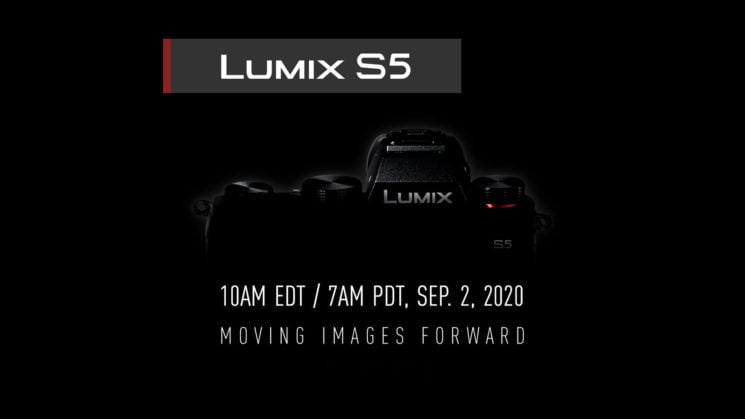 B&H has put up a listing for the new Panasonic S5 mirrorless camera. There’s no mention of a price or any specifications, just a “Notify when available” link and an image stating that there’ll be an announcement at 10am EDT/7am PDT on September 2nd, 2020. The B&H listing also states that the pre-orders begin at the same time and date. 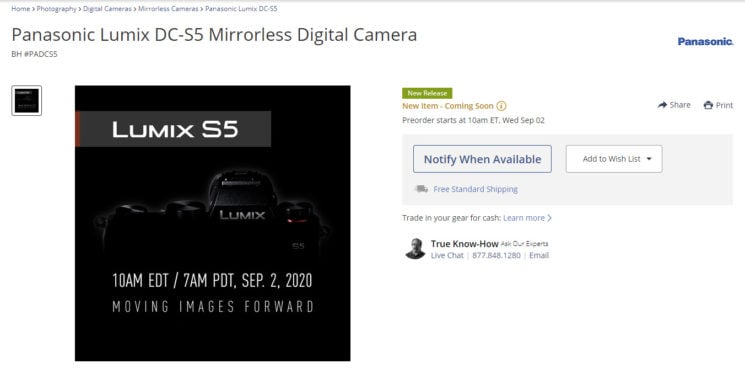 The image shown in the listing is the same one that was leaked earlier by Nokishita, but with text emblazoned upon it. And while there are no specifications listed, all of those have already leaked, too. There is a FAQ section in the listing, with precisely three questions, however the answer to all of them is…

Thank you for your question! We are excitedly awaiting Panasonic’s official announcement and will update our website and answer your question as soon as official information is available.

Update: An announcement has also been made via the Lumix UK Facebook page.

Although the specs are already known and we have a rough idea of what it might look like, it’ll be nice to finally see it fully unveiled. With an official announcement still two weeks out, though, I suspect the photos of the new camera will likely leak before that happens.

Panasonic pulls out of IBC 2020 in September