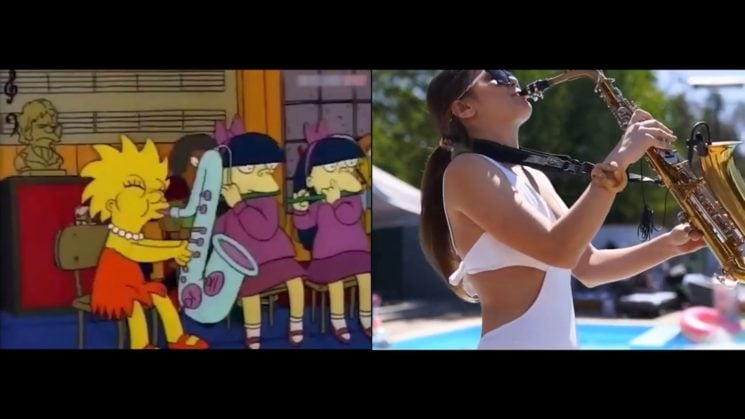 We’ve shared some super-creative video work here on DIYP. And if you’re The Simpsons fan, you’re gonna love this one. Filmmaker Matthew Highton took a bunch of stock video clips and combined them all to create a recreation of the iconic intro we all know and love.

Matthew writes that it took him a day to create this, and I think he did a really good job. There are some moments missing, such as Bart running out of the classroom, or jumping over Homer’s car with a skateboard… But I highly doubt you’d find a stock video of scenes like that.

If someone asked me to give them a list of my top ten TV shows, The Simpsons would be on it. It was extremely popular in Serbia when I was a kid. I watched it regularly, and I even had The Simpsons sticker album and a hoodie. I still watch the cartoon today and I’ve re-watched some episodes at least a dozen times. So, I was really amused watching this recreation!

« Rant: Stop asking dumb questions – that’s not what photography’s about
Watch to learn the how and why of lighting male portrait subjects »