Director Scott Rhea was hired to create a spectacle for the Flux art event at SoHo House in Hollywood.

He took a Phantom camera underwater and shot this amazing footage. The combination of underwater which naturally gives an ethereal feel with the slow motion is mesmerizing. 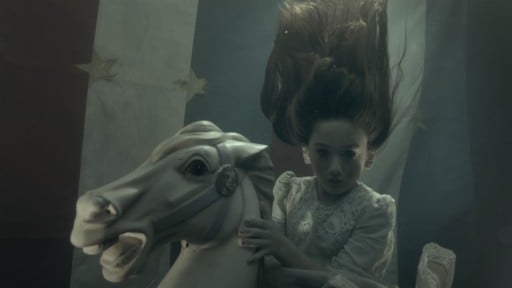 Scott shares that what started as an idea book evolved into several shoots with the largest shoot having over 50 people on set and including cranes to lower the sets underwater; lots and lots of weights and chains securing the sets underwater so it will not float, and designing special proprietary makeup that is both saturated enough and does not get washed away.

The final presentation of this video included a live performance, and multiple projections including a 25 ft overhead screen to give the viewer a point of view of being underwater