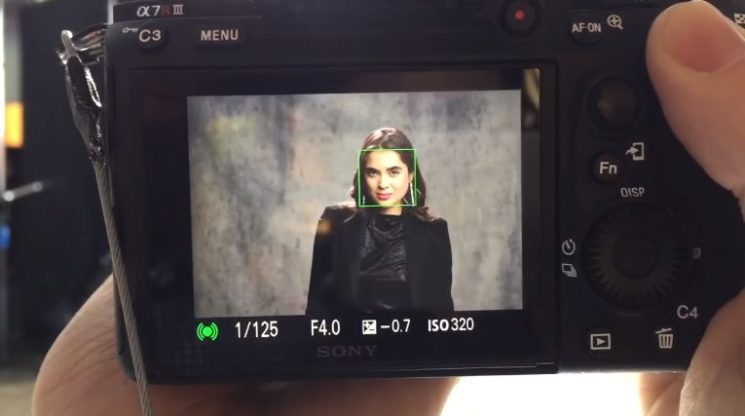 The new Sony a7R III was announced yesterday and it has introduced some improvements over its predecessor, the a7R II. One of the improvements is 10fps continuous shooting, which doubles the speed of the previous model. Guys from DPReview have published a demo, demonstrating what the new mirrorless camera from Sony is capable of. They’ve tested the continuous shooting, as well as the Eye AF, which also seems to be pretty impressive.

The demos were recorded at the Photo Plus Expo 2017 in New York. In this quick preview, you can see how the new Sony a7R III performs at 10fps continuous shooting. It’s not just speed of the continuous shooting that has been improved. Sony points out that AF is also one of the features they’ve made more accurate and fast. So, take a look how the camera bursts at 10fps while keeping the (slightly moving) subject in focus:

As I mentioned, the DPReview team have also filmed the preview of the eye AF feature. Reportedly, it’s also one of the features that have been improved in the Sony a7R III. In this demo, you can see how it performs. It keeps tracking the eye even while the model and the camera move around. Looks pretty good:

Since the announcement of Sony a7R III is still hot news, I believe there will be more demos, hands-on tests and reviews in the following days. But for now – what do you think of these?