I took the photo just down there from the deck of the ferry that took me from Auckland to the Coromandel Peninsular in New Zealand. My camera was in my lap and in one split second, everything came together to create that image. It looks almost as if I’ve shopped in the cruise liner, doesn’t it? I was travelling alone, and minding my own business, but two older couples struck up a conversation with me. 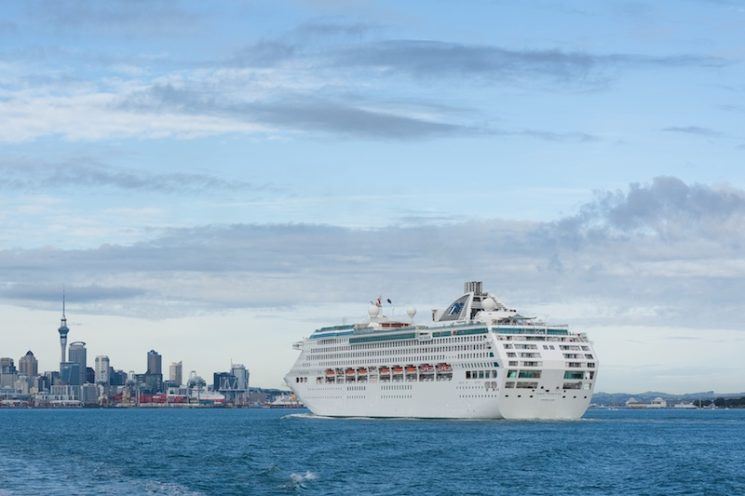 It was the camera that they noticed. We spoke about all sorts, but what I recall specifically from the conversation was one of women mentioning that she’d tried to have one of her photos printed by an online print company in New Zealand, but hadn’t been able to manage it. Whenever she uploaded it, the image was red-flagged for being too small. She wasn’t really sure what she was doing wrong, or what size her image needed to be so that she could print it.

Almost five years on from that February day and it occurs to me that between ppi, dpi, pixels, and megapixels, people are probably still confused by minimum image sizes for printing. This is especially so, given that smartphone photos are regularly saved at 72ppi, but printers prefer 300ppi. I decided, therefore, to go straight to the printers’ works and ask a selection of companies what their preferred sizes were for printing wall art (so that’s canvas or acrylic or any other type of medium that you hang on your wall) sized 20 by 30cm (8″ by 10″, roughly A4) and 40 by 60cm (20″ by 24″, roughly A2). Here’s what I learned.

CEWE Photoworld‘s print business is photobook-dominated, but it has a great line in wall art, too. It offers all sorts of media that you can hang on your walls, including acrylic, canvas, and gallery prints.

For a 20 by 30cm hanging—it doesn’t matter which medium you choose—your image needs to measure a minimum of 900 pixels along its longest side. Ideally, it should be 1,600+ pixels.

If you want something larger, a 40 by 60cm print, then you need a picture measuring at least 1,500 pixels on its longest size, but preferably 3,000 pixels or more.

Seeing as this article has its origins in New Zealand, I thought I’d try a New Zealand-based print operation, too.

Diamond Photo requests that a 20 by 30cm canvas is made from an image measuring a minimum of 1,440 pixels along the longest size.

Your image will need to measure 2,640 pixels along the longest edge for a >strong>40 by 60cm canvas.

If you want to have a canvas printed by Snapfish, you’ll need your image to measure 1,704 pixels along the longest edge for a 40 by 60cm canvas.

Should Snapfish not float your boat, I took at look at Canvas Press too. It also works with 4:3 ratio canvases in inches. For an 8″ by 10″ canvas needs an image with its long edge measuring 640 pixels.

The bigger your file size, the bigger you’ll be able to print your canvas, acrylic image, or whatever other medium takes your fancy. This much is obvious. But if you want to hang a photo on your wall that’s roughly A4 in size, it’s best to have an image that measures in excess of 1,000 pixels, and preferably 1,600 pixels on the longest edge.

Oh, and right now is a great time to get a canvas printed. Just about every company is offering New Year discounts.

« Why is the Canon AE-1 Program one of the best film cameras and why you should get one today
What’s more important in a model, beauty or skill? »