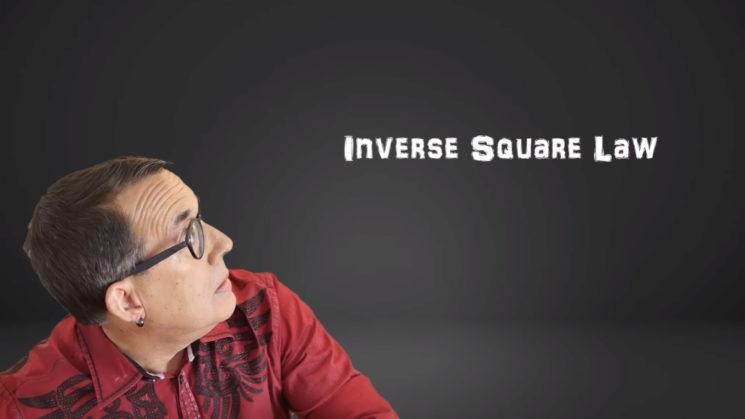 The inverse square law (ISL) is one of those principles of photography that drives people crazy. It’s a fairly simply concept that’s broken down into a rather confusing sentence. It states that the intensity of an effect such as illumination or gravitational force changes in inverse proportion to the square of the distance from the source. That, to most people means absolutely nothing.

So, in this video, photographer Joe Edelman is here to explain it in straightforward terms. In his usual way, Joe has lots of diagrams and practical examples to illustrate what it’s all about. The ISL can be a difficult one to wrap your head around at first. Once you understand it, though, it all makes complete sense. You’ll wonder how you ever got on without knowing it.

The problem with the ISL is that it’s physics. It’s maths. And who wants to deal with that? People don’t want to have to think about it every time they go to shoot a photo. But once you figure it out, it’s quite easy to deal with. And you don’t need to carry a calculator around with you. It’s certainly not something you should be afraid of.

It begins with light falloff. Just how quickly (or slowly) the light gets darker the further away it gets from its source. The source being the flash. joe lines up his eggs six inches apart to illustrate. You can see there’s a big difference in exposure between the one 6 inches away from the flash and one 12 inches away. Only six inches apart from each other. There’s very little difference between the ones at 42 and 48 inches, though, which are also six inches from each other. 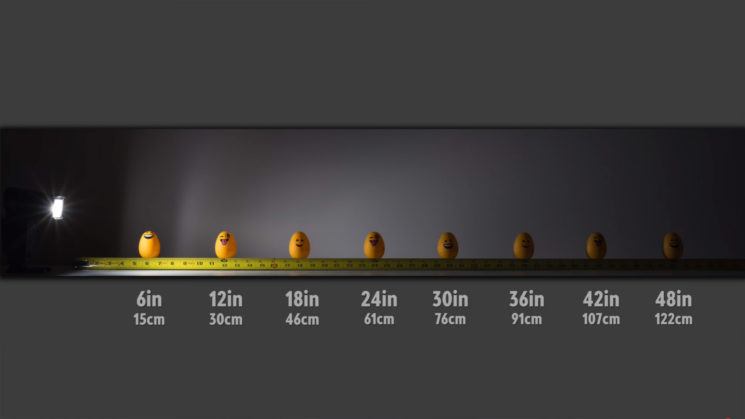 The next step of this demonstration illustrates why people get confused by the ISL. People, naturally, just assume that when you double the distance you get half the light, but this isn’t so. When you double the distance you actually only get a quarter of the light hitting your subject. That’s two whole stops. So, while Joe needed an aperture of f/22 to adequately expose for the egg at 6 inches, f/11 (not f/16) exposes the egg at 12 inches. 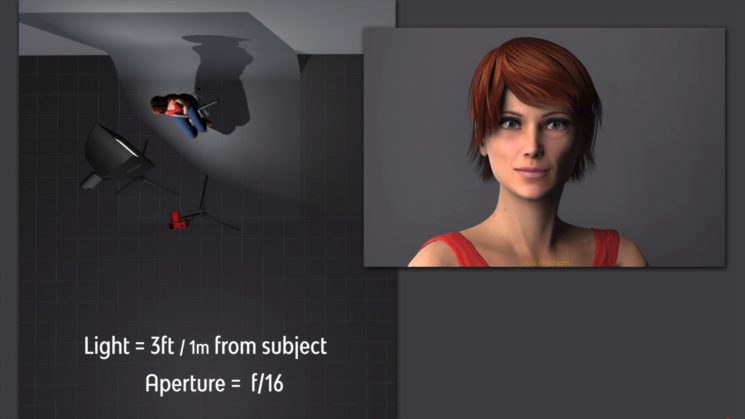 Notice what happens, though, when the light is moved a further 3ft from the subject. Doubling the distance from 3ft to 6ft means that the aperture must be opened up from f/16 to f/8 to get a good exposure again. Remember, when you double the distance, you lose two stops. 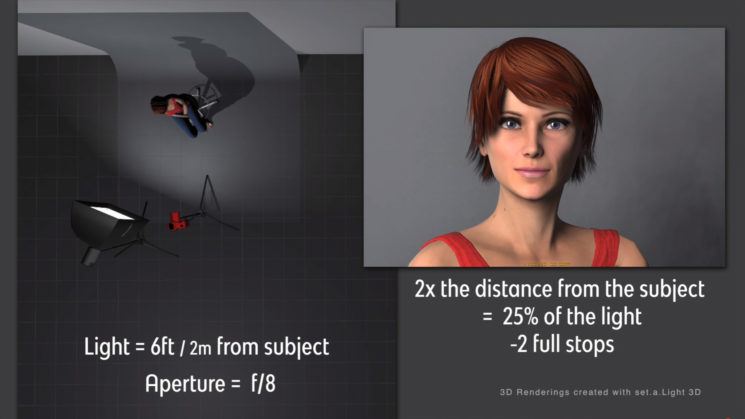 When you double the distance again, taking the light to subject distance from 6ft to 12ft, you lose another two stops. That’s four stops below our original exposure. Now, at f/4, the background is even brighter relative to our subject. 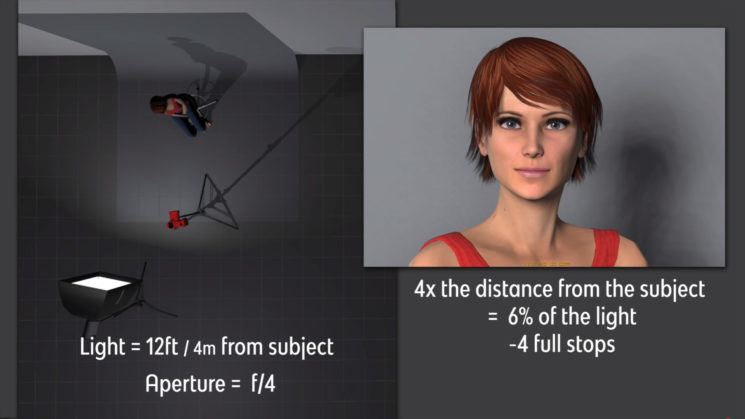 When you see all three side by side, you really notice the difference. And remember, the flash is set to the same power level for all three shots. The only thing that’s changed is the distance to the subject (and the background). 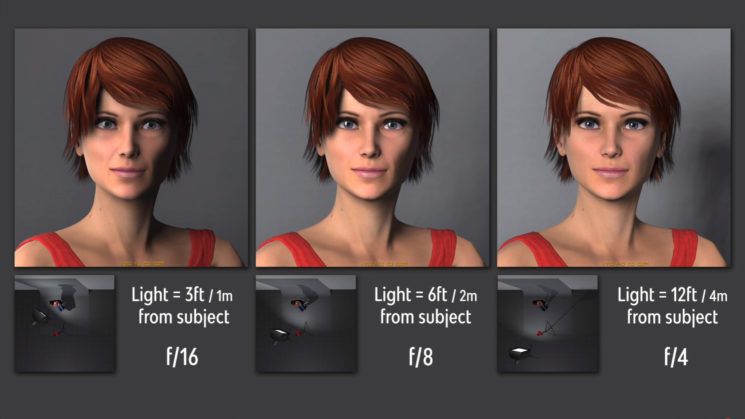 This is just one way the ISL impacts your photography. And this is a fairly straightforward example. Where it starts to get tricky, and where understanding it is the most vital, is when you start to photograph multiple subjects together. When you photograph couples or groups, the last thing you want is for one subject to be well lit, while the others are underexposed. 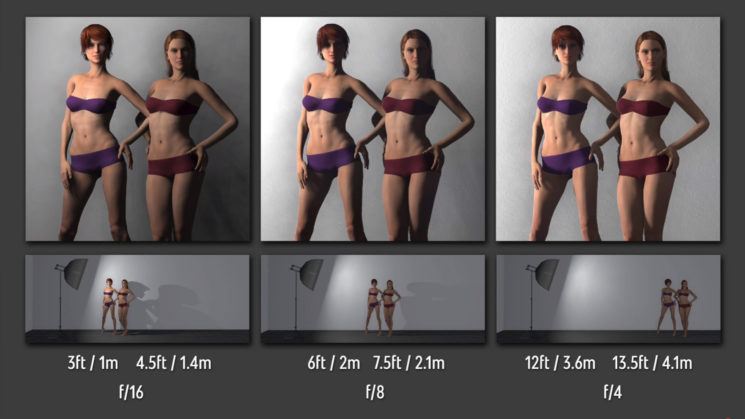 Joe illustrates throughout the video that the important thing to remember is the visuals. How having the light closer or further from your subject affects how it presents. You don’t need to remember the exact distances or apertures. As Joe says, that’s why we have light meters.

This chart shows a visual representation of how and why the ISL works. And, again, remember, the numbers aren’t important. Just how the distance affects the light. 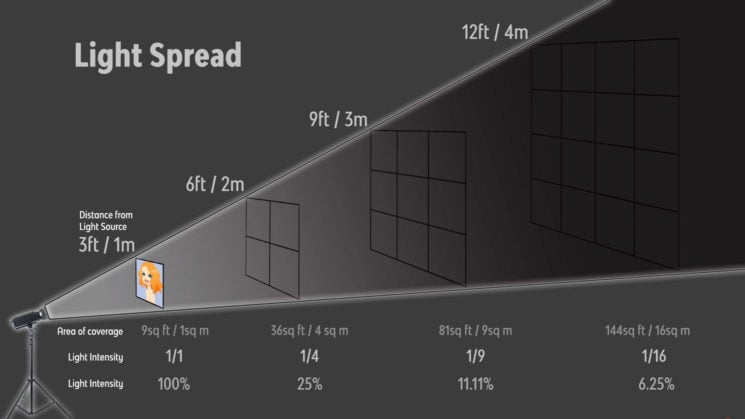 Joe covers several more examples in his video which illustrate common mistakes new photographers make with flash. He also explains how to solve them, too. So, if you’ve been getting overexposed elements in your portraits, or group shots where some people are brighter than others, pay attention.

And, for those that do want the maths, well… 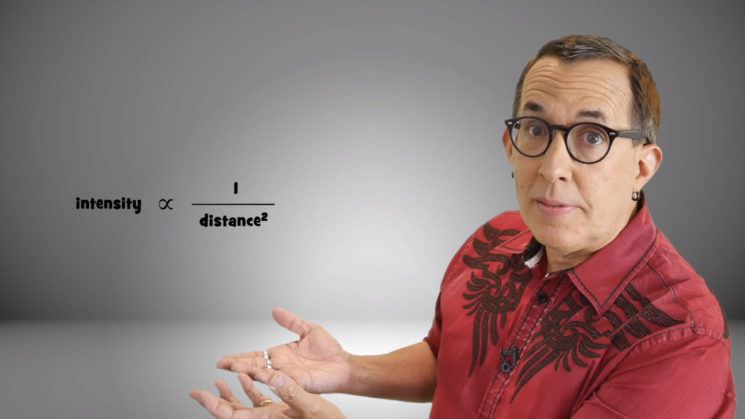 You’ll probably want to watch the video a couple of times to understand it. And you’ll almost certainly need to go and try it out for yourself and experiment. But once you get it figured out, you’ll be so glad you did.

One way or another, this video will help you understand the Inverse Square Law

The Inverse Square Law of Light, Explained in the Simplest Way Possible

« An inspirational message for photographers: what really makes a great photo?
Future Fujifilm X cameras could get in body image stabilization »