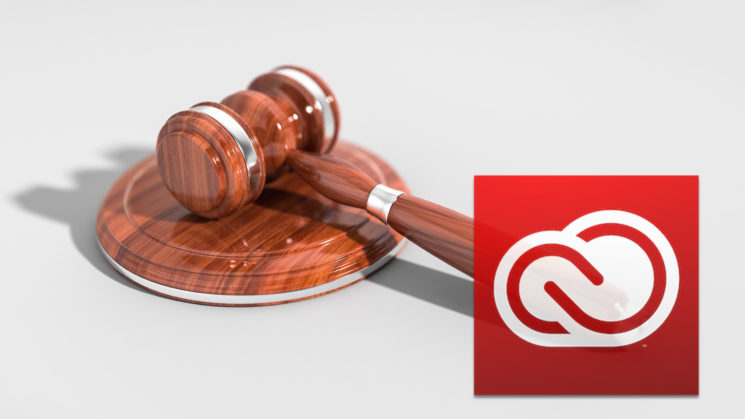 A few days ago, Adobe discontinued older versions of some Creative Cloud apps. The company is now sending emails to its customers warning them of potential legal actions. That is, if you continue using these apps – you risk getting sued for infringement by third parties.

Matt Roszak shared a copy of the email on Twitter, commenting that it’s time to cancel the subscription:

I just got an email from @Adobe that I'm no longer allowed to use the software that I'm paying for. Time to cancel my subscription I guess.

As I can conclude from the email, Adobe’s records show the users who still use the old apps, and they will get this warning. It reads that “you are no longer licensed to use [the old apps],” adding that, if you keep using them, “you may be at risk of potential claims of infringement by third parties.”

But to make things clear, it’s not Adobe who’s threatening to sue you. They have probably licensed tech from third-party companies in older versions of CC apps. Now, this license has expired, and those third-party companies might go after you if you keep using them. Something similar happened last year when Adobe removed a few versions of Adobe Premiere Pro due to Dolby licensing issues.

Still, I believe this isn’t much of a consolation. If you’re working on an older computer, the lawsuit warning won’t magically make it more powerful so it can support the latest CC apps. Many people still use the old versions precisely because their machines can’t run the newer ones.

Although they were discontinued for download, the older CC apps should continue to run just fine if you have downloaded and installed them earlier, as DIYP pointed out before. However, it seems that using them now carries the possibility of facing legal actions. I guess this warning email should make you think twice whether you’ll still use the old apps or upgrade to new ones. Or just switch to one of the alternatives.