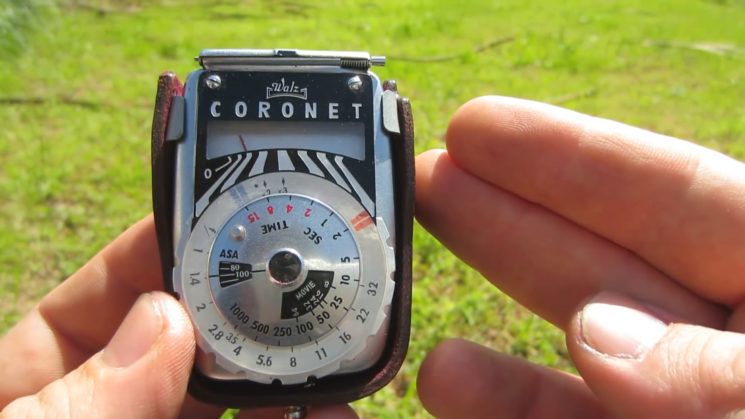 While it’s completely possible to shoot digital cameras without a handheld meter, they do seem to be back in fashion lately. They provide quick and easy consistency between shots, or completely different lighting setups and environments. They help you get setup and ready to shoot before your subject’s even arrived at the studio or location. They’re also very handy for street photography, too.

There’s a lot of options out there, and plenty of digital ones for all budgets. You could go with an old used digital Minolta. Or even something fancy and expensive like the Sekonic L758DR or L478DR. The least expensive meters today tend to be the very old analogue light meters. You can often find them in the used sections of local camera stores and auction sites. But how do you actually use them?

This video from YouTuber Mind Splurge was uploaded a few months ago. Recently, though, it seems to have been discovered and post around Facebook and various forums. In it, we’re shown exactly how these old meters work. And they can still apply them to your modern digital photography.

With little information about them available on the web, Mr Splurge sought the advice of his grandfather. His grandfather was also a photographer. So, he explained all about how it all works. Then Mind Splurge put this video together to explain it to the rest of us.

The first step is to set the ISO (or ASA – it’s basically another label for the same thing). In this case, ASA 100. Then, depending on whether it’s sunny or cloudy, you rotate the dial over to the appropriately coloured mark. Blue represented sunny conditions, while red was for cloudy or dimly lit environments.

The indicators on the bottom of the two dials give us the shutter speed and aperture combinations we can shoot at to get a good exposure. With film, it was easy enough to just round up. For example, in the image above, you can see that the shutter speed marker goes a little past each aperture mark. 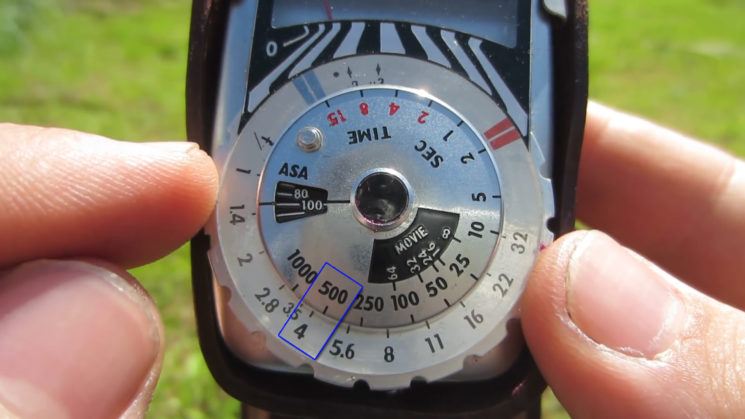 In the above example, for a shutter speed of 1/500th of a second, it recommends an aperture about a quarter to a third of a stop darker than f/4. So, around f/4.5. On negative film, however, you could happily shoot away at f/4 and ensure a decent shot as it has very good highlight preserving qualities. On digital, it might still take a test shot or two to get things perfect, but it gives you a great starting figure.

Even with modern digital light meters, the results provided aren’t perfect right out of the box for every digital camera. But they out with consistency on a given camera, regardless of the exposure. So, you’ll want to figure out how far out your meter is from what your camera’s sensor picks up, in order to be able to quickly compensate in the future.

I know on my old Nikon D300s, for example, I have to underexpose my Sekonic L718 by about 2/3rds of a stop to get a good exposure. On one of my Canon bodies, I have to overexpose my meter by 1/3rd of a stop to get the same result. All my other digital cameras are somewhere in between those two extremes. With film, it’s spot on every time.

Anyway, if you’ve been thinking about picking up a light meter, but don’t want to fork over the cash for a modern digital one, these can do the job. So, if you’ve seen one laying around on the shelves of your local camera store looking for a new home, it may be worth picking.

Do you still use a light meter for your photography? All of it or just some of it? Where do you find they help you the most? Or do you just use your camera’s built in reflective meter? Have you wanted to get a light meter, but don’t know where to begin? Let us know in the comments.

Olympus unveils the Pen-F, a digital reincarnation of an analogue classic