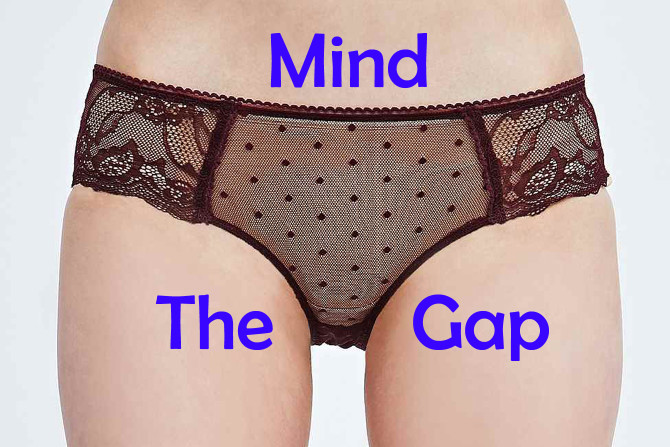 You’re probably wondering what ITG is and why it would be reason to ban an ad. I myself was unaware of this term until recently, but turns out it can have quite an impact on the usability of your fashion photos.

Also, why does the ASA care about ITG and will the AAAA start paying attention to it as well?

So everybody, today we’re going to talk about the inner thigh gap (ITG).

A photo of a model wearing polka dot mesh briefs was ordered to be removed from Urban Outfitters’ website, and it wasn’t because of the polka dots.

Turns out the Advertising Standards Authority, UK’s advertising regulator, found the photo to be irresponsible due to the large gap between the model’s thighs.

A complaint filed with the ASA claimed the model was unhealthily thin and called the ad irresponsible and harmful.

Urban Outfitters’ response to the complaint was summed by the ASA as follow:

“URBN UK Ltd, t/a Urban Outfitters Europe, stated they used a number of agencies to provide models for their ads, and the model in question was represented by one of the UK’s most successful and well-respected agencies. They did not believe she was underweight and provided a copy of her agency profile, other photographs of the model and a list of clients for whom she had posed. They stated that her waist size was 23.5 inches, and provided documentation from outerwear brands showing they provided clothing for that waist size. They added that it was common practice to use slim models in the underwear industry, but they did not consider that the model was underweight or unhealthily thin; they considered she had a naturally tall and slim physique.”

Despite the well laid out reply, the ASA feared that the model’s larger-than-normal gap between her thighs could promote eating disorders among the company’s young customers. They conclude:

“The ASA considered that the model was very thin, and noted, in particular, that there was a significant gap between the model’s thighs, and that her thighs and knees were a similar width. We considered that the model looked underweight in the picture. We understood that Urban Outfitters’ target market was young people and considered that using a noticeably underweight model was likely to impress upon that audience that the image was representative of the people who might wear Urban Outfitters’ clothing, and as being something to aspire to. We therefore concluded that the ad was irresponsible.”

The ASA ruled that the photo can no longer be used as is, and said advertisers were told images in their ads must be “responsibly prepared”.

While it is not mentioned in the adjudication, the decision might have been influenced by a shirt previously featured by the company reading “Eat Less” (as the model wearing the shirt obviously does).

According to USA Today, the National Eating Disorders Association in the United States has contacted the American Association of Advertising Agencies (4A’s) in attempt to implement similar restrictions. 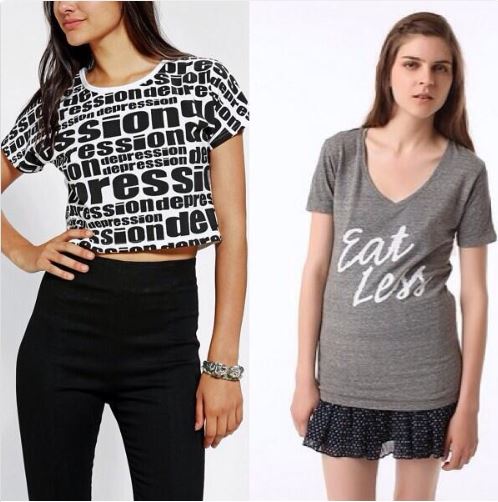 I’m not so sure that model should be eating less. Photo: Urban Outfitters

Seeking to promote their ideology of “real” women being beautiful, or perhaps just a shrewd marketing move, several companies have used medium to plus sized models in their campaigns. Two names that come to mind are Dove and H&M, and their campaigns have no doubt received more attention than usual.

Guys, I know a lot of you like ads with tall skinny models. Perhaps you’re even a fan of the “irresponsible” ITG, but you should be at the forefront of the battle for realistic models.

Why? Putting aside the obvious reasons, think about it this way. If you’re used to campaigns with women like Gisele Bundchen and Kate Moss, and are let down when your blind date has a few extra pounds, what makes you think she hasn’t seen Christiano Ronaldo model men’s underwear? 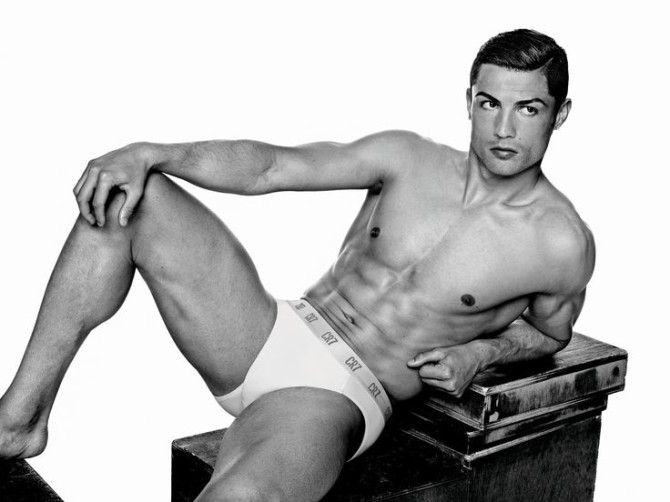 Guys, unless you can pull off this look, you should support normal sized models. Photo: cr7underwear.com

Campaigns involving models often lead to controversy due to unrealistic body dimensions, such as the shoot where a swimwear company altered the photos without permission, so it is somewhat refreshing to see a scandal where Photoshop is not being blamed.