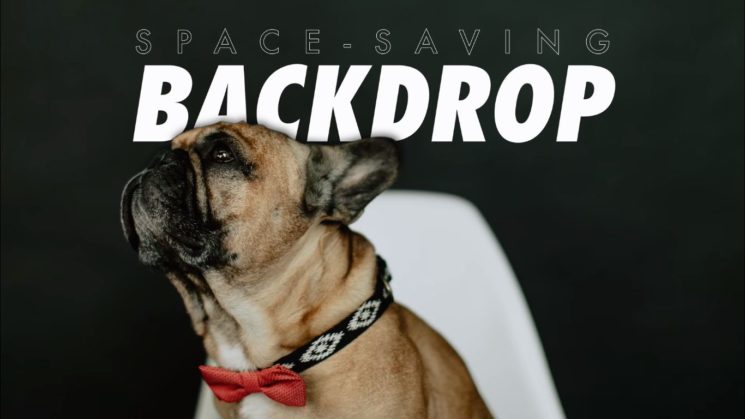 If you have a limited space for a backdrop in your apartment, Rachel and Daniel from Mango Street have just the thing for you. In this video, they show you two DIY backdrops they made and attached to a beam in their flat. They’re both easy to make and quick to set up whenever you need a backdrop. They don’t take too much space, and on top of it all – they’re budget-friendly, too. The first one will cost you around $116, and the other is as cheap as $16.

Daniel explains that the couple attached their backdrop onto an I-beam in their apartment. Still, even if you don’t have a beam at your place, these two DIY builds could at least give you an idea how to make a similar setup of your own and adapt it to your interior.

Mango Street duo first screwed post adapters onto the super clamps studs. Then, they securely attached both clamps to the I-beam, added the crossbar and the paper roll, and that was it! This setup cost around $116, but the couple suggests another one, which you can make for less money. 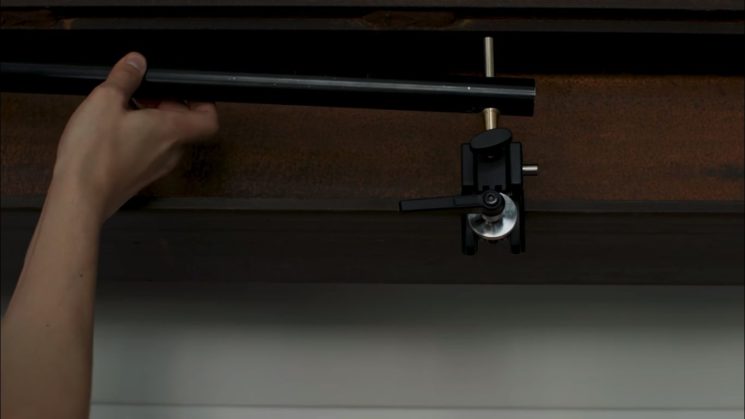 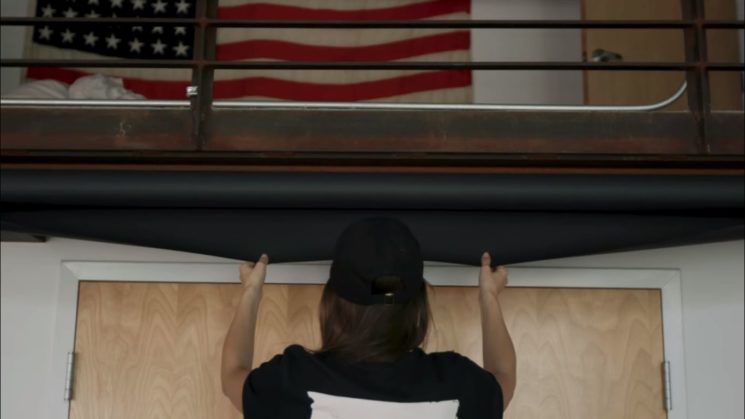 For this method, Rachel and Daniel attached the C-clamps to the I-beam, put the end of the crossbar to through the clamp, put the bolt through the hole of the crossbar and threaded the wing nut on. The zip ties are there merely to lift the paper roll up off the beam so it doesn’t crease when they roll it down.

Rachel and Daniel already have the crossbar, so this setup ended up costing them only around $16. But even if you need to buy it, you can find it for about $30–40. Alternatively, you can buy a PVC pipe, drill two holes in it and use it instead. 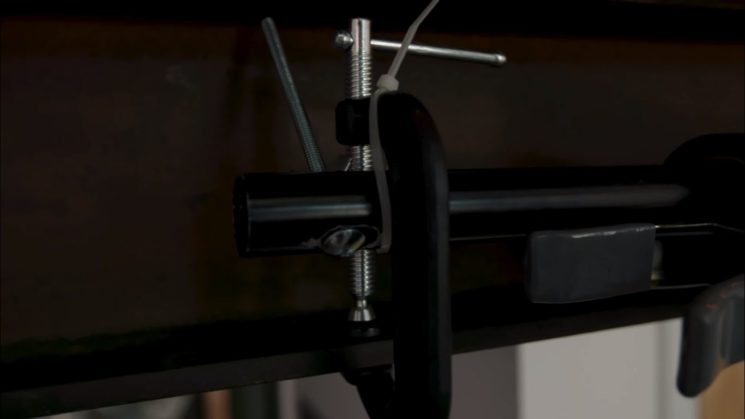 If you have your own suggestions for space (and money) saving DIY backdrops, tell us in the comments below.

$10 vs. $30 seamless backdrop for portraits: should you save money on backdrops?